Yelena in ‘Hawkeye’ Series: Interesting New Feige Comments and What I Know. 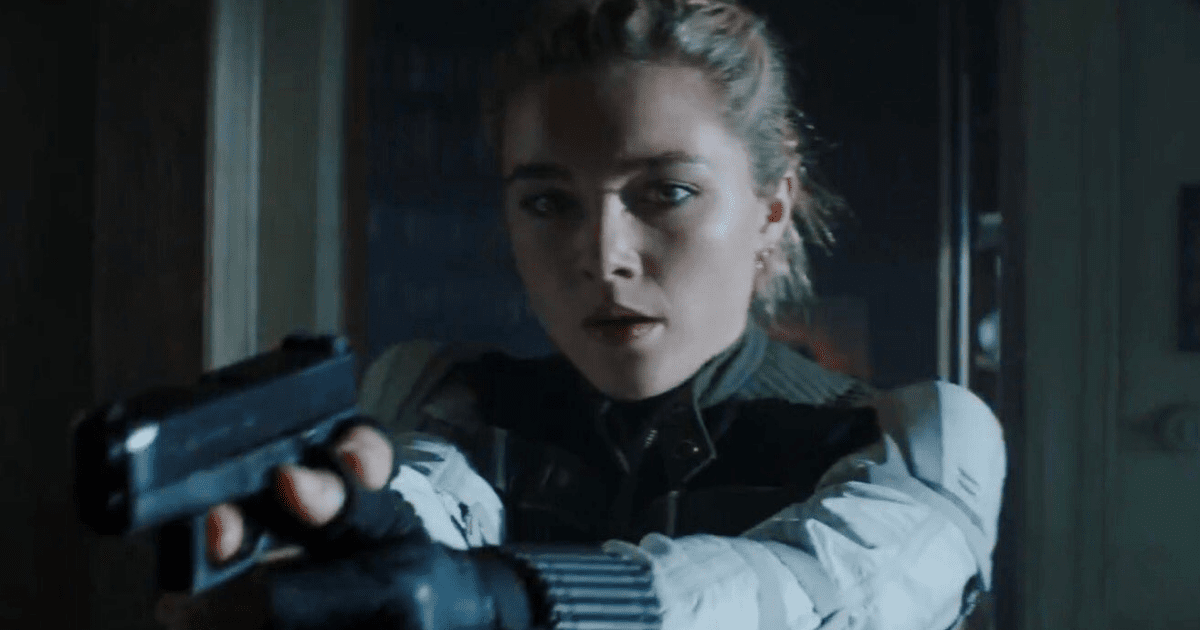 Yelena in ‘Hawkeye’ Series: Interesting New Feige Comments and What I Know.

During an official Black Widow Watch Party on Twitter, “The One Above All” aka Kevin Feige dropped lots of details on the film. Included in that thread of comments was a very interesting answer in regards to one Yelena Belova, and whether or not we’ll ever find out if she was “dusted” as a result of Thanos’ snap in Avengers: Infinity War.

You will find out, but not on this Twitter thread. -KF #BlackWidowWatchParty https://t.co/TZxKX0Gws5

“You will find out,” Feige says. Well, it doesn’t take a genius or a scooper to figure out that more than likely the answer will come during her upcoming stint in the Disney+ Hawkeye series. I would not be surprised if we get an episode opener akin to WandaVision’s episode four where we witnessed Monica’s dusting and resurrection, and the aftermath from all those people returning all at once.

Florence Pugh’s poignant, badass, sassy, funny yet heartbreaking at times portrayal as Natasha’s sister and fellow “Widow” Yelena Belova in Black Widow was widely praised, and fans all over social media are clamoring for more. Regarding what I know about it, or rather more specifically what I can say, I will just set the record straight on a few things that less than dependable IMDB has wrong.

First off, I am pretty sure I’ve said this somewhere before but I’ll say it again: Hawkeye is six episodes, not eight. (and I don’t currently know the show’s run time or the streaming date, so don’t ask). I have no idea who edited the IMDB listing to say eight episodes but that is definitely wrong.

Secondly, and I know some of you won’t like this answer, but no, Yelena is not in ALL of the episodes, no matter if there are six or eight. I will add, however, that this isn’t a cameo or minor one-episode appearance. I have confirmed with sources that I trust that she is in multiple episodes.

I’ll also back up the theory put forth by Charles Murphy of Murphy’s Multiverse that Hawkeye will hit streaming sometime in November 2021. I don’t have any reason to believe that is being pushed back for any reason. In fact, I have plenty of reason to believe that they would want this exact time frame to release the series. So take that little nugget of information however you will.

Lastly, I will also back up something Mr. Murphy said recently on his Twitter account about Julia Louis-Dreyfus possibly appearing in Hawkeye…

As of today, JLD has filmed precisely zero scenes for #Hawkeye. Additional photography could change that, but as of today ZERO.

Some people might think it’s highly likely JLD appears in Hawkeye and making assumptions/spreading that rumor. However likely it is, because we will continue to see her pop up in various places for sure, I believe she has filmed zero scenes for the series up to this point, if she is or will be in it at all. Now, bear in mind, reshoots are still ahead for the production (in a couple of months) so it’s entirely possible that JLD shows up for an end credit or cameo filming then. But as of right now, I believe sources saying that she’s not in it. I expect we’ll see her again before long tho, as she continues to build her team of what is likely to be either Thunderbolts or Dark Avengers.

That’s all I can share for now! Although I will add that knowing Pugh will appear as Yelena in Hawkeye; is very, very cool. Not just as a cameo, but with a significant enough part where we continue to explore her character and what happened to her after Black Widow, and perhaps even deal with her and Clint mourning Natasha in some ways. I’m looking forward to seeing that all play out on screen.

But no (some of you) guys, Yelena doesn’t appear in the first episode, kill Clint, then go off in a convertible with Kate and Pizza dog for the rest of the series. Sorry!

10 thoughts on “Yelena in ‘Hawkeye’ Series: Interesting New Feige Comments and What I Know.”