‘Wicked’ Movie Split in Two: Why This is a Change for the Good 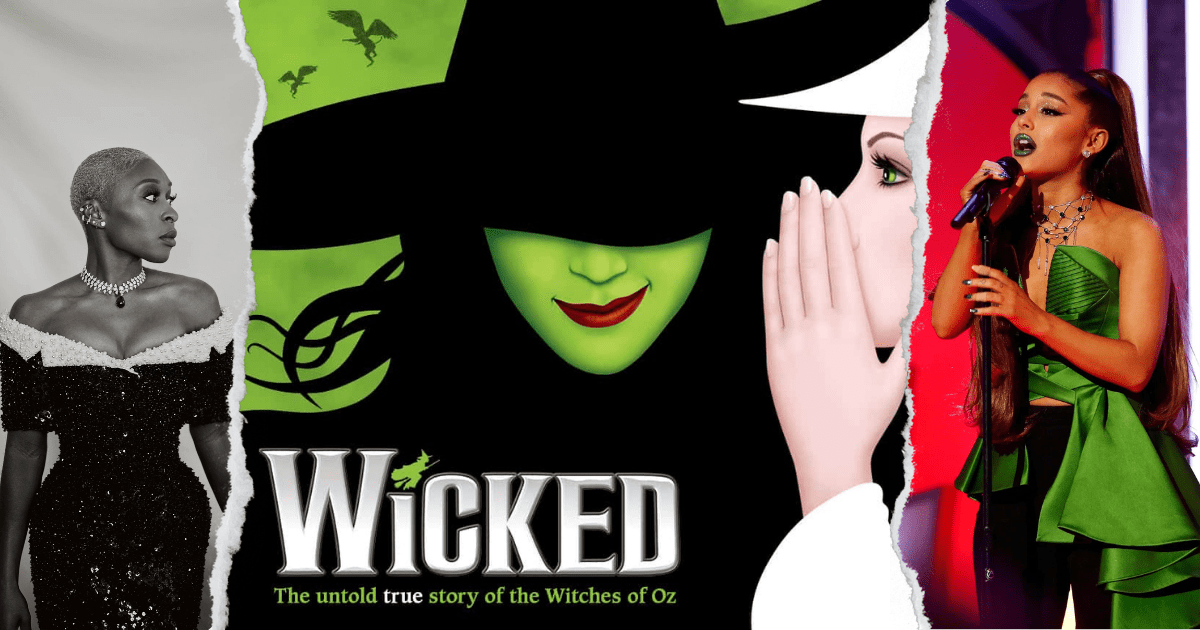 ‘Wicked’ Movie Split in Two: Why This is a Change for the Good

It feels like the Wicked movie adaptation has been in development for such a long time. Plans for a film have been in the works since 2004, with Universal Studios becoming officially producing the project in July 2012.

Fast Forward almost a decade and the film is finally starting production under Jon M Chu’s direction. Starring Ariana Grande as Glinda and Cynthia Erivo as Elphaba, Wicked has some incredible talent in front and behind the screen. As production gears up, with shooting beginning this summer in the U.K., director Chu recently took to Twitter to share an exciting update about the film!

The Wicked Movie Will Now Release in Two Parts

Directly from his Ozphone, John M. Chu released a statement on April 26 via Twitter, with the Wizard of Oz’s stamp of approval on the top! The statement indicated that as the team was preparing for production, it became apparent that one film wouldn’t suffice the story they wanted to tell. So instead of limiting themselves, Universal Studios decided to split Wicked into two films!

Check out the statement below!

Chu indicated in the statement that while they were attempting to fit the story into one, cuts they made to the film started to impact the integrity of the story told in the musical and book.

Having seen the musical twice, myself, the last time on a recent trip to New York, I couldn’t imagine having to make cuts. Each piece within the musical seems so essential, either to move the story along or to show the growth of our two main characters.

If you haven’t seen the play before, I suggest reading my review on the New York extravaganza to get a feel for the musical itself.

After the initial groan that escaped my lips at the thought of another movie being split into two separate films, I began to think about everything Wicked entailed. Could this move be an attempt at a cash grab? That is entirely possible, however, giving a story like Wicked room to not only properly adapt but grow in natural ways feels like a good thing. When I dream of Oz, it seems two movies are the right call for this larger-than-life story.

Why A Two-Part Story is a Good Thing for Wicked

Seeing Wicked live in New York was a highlight of my trip. Between the stage, the costumes, and the talent, the show teleported me away in true Kansas twister fashion. That being said, looking back on the story, it was tight. The play is just around two and a half hours and every scene has a purpose.

With so much story packed into such a tight-timed show, cutting one song or scene would result in an avalanche of changes that would have to be made to the film. Doing so would make the movie a shadow of itself, which would disappoint fans more so than having to wait a year for part two.

In the play, there isn’t ever really a time to breathe between each of these important scenes. Giving the story twice as much time to be told allows for the audience to breathe.

To fully appreciate the gravity (pun intended) of the story, some down moments with those in Oz would be beneficial. The divide between the two films will give people time to lament about the first part and build anticipation for the second. Especially if the first film ends similar to act one of the play.

Having more film allows for the expansion of side stories introduced in the original book and the play. During the first act, one of Elphaba’s motivations is to protect the animals of Oz, however, the story is small in comparison to her friendship with Glinda and dropped almost entirely in the second act.

Seeing more of Elphaba’s family dynamics would also help establish her feelings of isolation and duty to protect her sister when she enters school.

Final Thoughts on the Wicked Movie(s)

The ultimate goal of splitting the film into two parts is to tell a complete story. Cutting essential parts to Wicked would have made it feel weak. Instead, by adding a second part, they will be able to explore and show more of what made Wicked great.

Adding songs that fit with the story along with continued exploration of our two witches adds even more dimension. It’s a bold move, but if done right splitting Wicked in two is the best thing for the story overall.

Wicked: Part One is expected in December 2024 with Part Two expected the following December.