What To Expect From ‘Ant-Man and The Wasp: Quantumania’ What To Expect From ‘Ant-Man and The Wasp: Quantumania’

Marvel Studio’s next big blockbuster, Ant-Man and The Wasp: Quantumania, arrives in a little over a month and many fans still aren’t quite sure what to expect from Quantumania. Marvel has continued their trend of leaving fans in the dark up until the last moments before release. The world finally got a much better look at the film via a brand-new trailer that aired during the College Football National Championship. The new trailer gave clearer shots of the Ant-Family, Kang, and even MODOK, which, in a twist, turns out to be the long-lost Darren Cross, played by Corey Stoll, from the first Ant-Man.

The film also features a number of other big actors like Bill Murray, William Jackson Harper, Katy O’Brien, and David Dastalmachian, who reportedly returns in a brand new role. All of this and more is packed into a two-hour spectacle. So let’s examine what to expect from the third Ant-Man film.

[Warning: Spoilers talk for Ant-Man and the Wasp: Quantumania!]

The first trailer made it clear that this film is going to be a wild adventure. The use of “Goodbye Yellow Brick Road” by Elton John hints that this film may feel like an homage to The Wizard of Oz in some ways. The film certainly fits with The Wizard of Oz’s narrative of being trapped in a dream-like world with the only way to escape lies with a man in a green suit, who promises rewards for help with a task.

The Ant-Family seems to be going on quite the psychedelic adventure through the Quantum Realm, encountering all kinds of creatures, places, people, and even cities.

The trailer indicates Cassie (Kathryn Newton) and Scott (Paul Rudd) will be separated from Hope (Evangeline Lilly), Janet (Michelle Pfeiffer), and Hank (Michael Douglas) in the first act when they are all sent to the Quantum Realm. It appears Scott and Cassie encounter Kang (Jonathan Majors) and MODOK fairly early in the film, while Hope, Janet, and Hank will encounter Janet’s old Quantum buddy Krylar (played by Bill Murray). How this all fits into one narrative remains to be seen as there are many moving pieces in this film.

The entrance of Kang The Conqueror

Jonathan Major’s Kang the Conqueror finally arrives, nearly two years after a variant by the name of He Who Remains appeared in Loki. The season one finale of Loki was essentially a giant history lesson to the fans. Audiences learned a great deal of information about the TVA’s concept of time, timelines, and the multiverse as a whole. The hope is that Quantumania can continue to build on the multiverse theory and answer some of our questions.

Kang seems to have his eyes set on escaping the Quantum Realm. How he got trapped there initially remains to be seen, but one can assume it has to do with Janet Van Dyne. Theories have run rampant on Twitter about this specific version of Kang. Is he from another universe/timeline, will he be the main Kang in Kang Dynasty, how do his actions in this film set up Kang Dynasty?

Many questions need to be answered and I believe some of them will be. The film will certainly spend a decent amount of time with Kang, hopefully also providing us a look into the backstory of how this specific variant came to be.

The relationship between Kang and Scott Lang seems to be prominent in Quantumania. Throughout both trailers, we can see multiple encounters and conversations between the two of them. Unless the trailer is trying to trick us, Kang and Scott Lang make a deal with each other in which Kang agrees to give Scott back those five years that he lost during The Blip with Cassie.

How he would do that is a really interesting question to ask. Would he simply send him back in time five years? Would he send Scott and Cassie to a new universe together five years in the past?

The return of Darren Cross as MODOK

Once the rumors started to leak out that Darren Cross would become the infamous MODOK in Quantumania, many fans were left conflicted. Darren Cross never once took up the role of MODOK in the comics, so this change in canon was confusing. In the continuity of the Ant-Man trilogy, it does make sense.

Last we saw Darren Cross, he shrunk down in his Yellowjacket suit, after Scott Lang had caused it to malfunction. There was little debate about his whereabouts with people assuming he was dead.

After Janet Van Dyne’s resurgence from the quantum realm occurred, the discussion reopened about his disappearance. During the production of Quantumania, rumors started to spread about an appearance from MODOK. Eventually, insiders started to hear rumors that Corey Stoll, who plays Darren Cross, would be giving the performance for Modok.

While this was unconfirmed for a while publicly, the most recent trailer not only gave us a glimpse at MODOK, it showed an unmasked MODOK that reveals Darren Cross will return in this film as the iconic comic book villain. 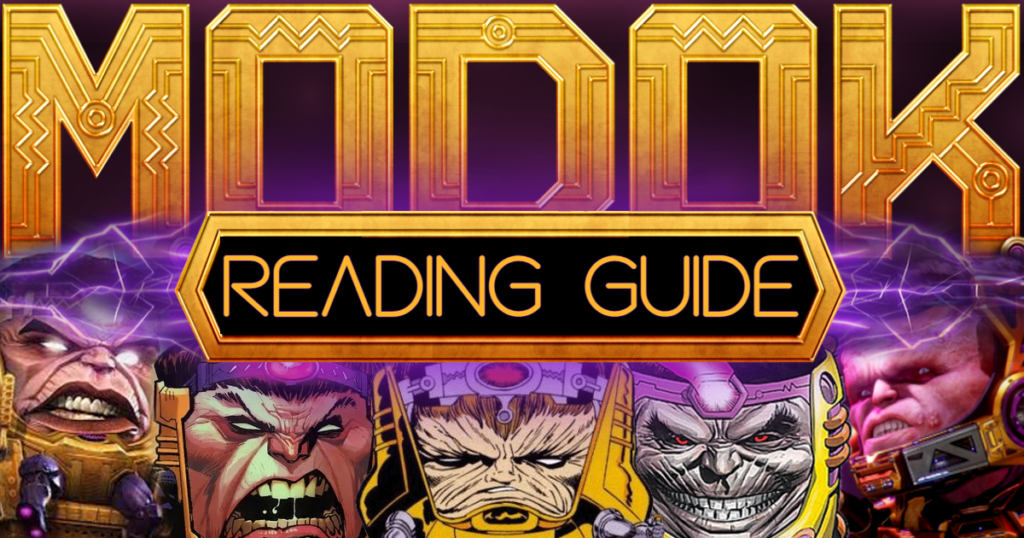 Another step towards the next generation

Following two years of being a supporting character in the previous Ant-Man films, Cassie Lang finally steps up to the front line with a more prominent role. Based on the trailers, we’ve noticed that Cassie has started following in her father’s footsteps, ending up in what appears to be a jail cell, which we assume takes place at the beginning of the movie.

We know that Cassie will be the catalyst for the main plot points of the film as she is the one who will develop a satellite that sends a signal down to the Quantum Realm. From there, she will journey into the Quantum Realm with her father and the rest of the Ant-Family as they take on the most dangerous villain of the MCU to date.

Quantumania follows a pattern established in recent MCU projects, establishing a next generation of heroes alongside their predecessors. Such projects include WandaVision, The Falcon and the Winter Soldier, Hawkeye, Ms. Marvel, & Doctor Strange in the Multiverse of Madness. Whether or not Marvel is ready to pull back the curtain on the Avengers Failsafe Program and the Young Avengers is something that may be answered relatively soon, whether in this film or in another Marvel Studios project. The beginning of a new dynasty

The tagline for this film is “Witness the beginning of a new dynasty.” The film is clearly marketing itself as a prelude to the highly anticipated Avengers: The Kang Dynasty. How we get from Quantumania to Kang Dynasty will almost certainly be revealed in this film, as writer Jeff Loveness penned the script for both films.

The link between the two films is obviously Kang, along with time travel and the multiverse. There are plenty of questions to be answered in this film, is this version of Kang the main antagonist of The Kang Dynasty, or is he merely another Variant in a long list? My assumption would be no, the title The Kang Dynasty indicates to me that we will see several different variants appear in that film.

In the comics, Kang has several variants that go by many different names such as Immortus, Rama-tut, Scarlet Centurion, Victor Timely, Mister Gryphon, and even Iron Lad. One could assume we will see a number of those variants show up in the next Avengers installment. There are even some rumors that Kang himself may wind up being the Beyonder in Secret Wars, which would be quite the twist. Overall, getting from Quantumania to Kang Dynasty will be quite a journey for Marvel fans.

Ant-Man and the Wasp: Quantumania arrives in theaters on February 17. Are you looking forward to the third adventure from the Ant-family? Let us know your thoughts on Twitter or in The Cosmic Circus Discord! And if you haven’t already, check out our various comics reading guides to help prepare for Quantumania! 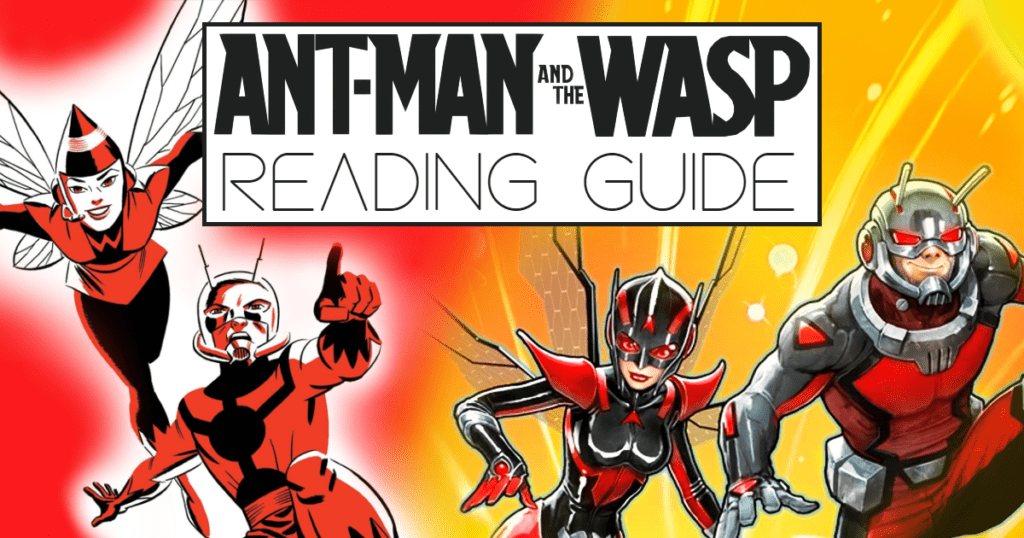