‘What if…?’ Presents Possibilities for Familiar faces and Endless Ensembles 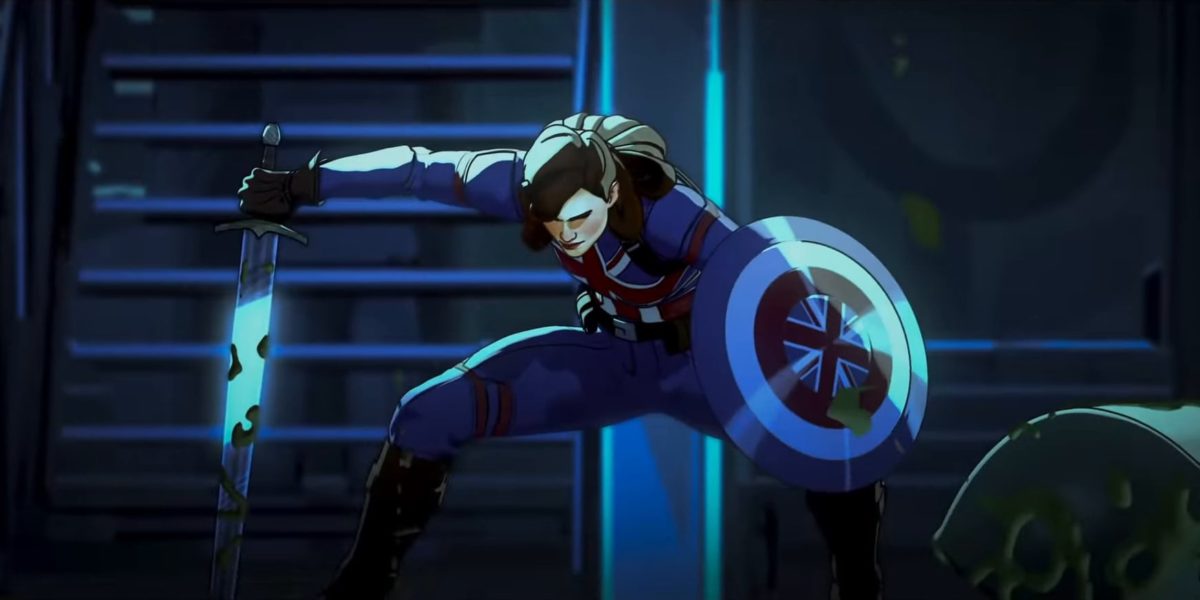 ‘What if…?’ Presents Possibilities for Familiar faces and Endless Ensembles

In the trailer for Disney+’s What If, glimpses of a sword in hand are shown as Captain Carter, voiced by Hayley Atwell, tries to release herself from a tentacled-grasp of Shuma Gorath. Initially, I was shocked, for Shuma Gorath has been rumored to appear in Doctor Strange in the Multiverse of Madness. As well, The DisInsider Show disclosed recently the return of Hayley Atwell as Peggy Carter, a role she’s returned to multiple times in both television Agent Carter and that fantastic last dance in Avengers: Endgame.

The news along with the appearance of Shuma Gorath started me pondering who else may cross the animation threshold and how that will impact the MCU and audiences alike. So for my curiosity as well as yours, I’ll consider some actors who could come back and in what capacity these new possibilities will change everything we know. Though if you haven’t already, please watch the trailer for What If or read Uday’s trailer breakdown, with spoilers abound.

New images were shared of Michael B Jordan’s Killmonger mounted on a rhino, battle-ready, and leading a spear-equipped charge. Sporting weapons we saw previously used in Wakanda during Black Panther. Is it possible he makes another appearance as well?

Since Black Panther’s release in 2018, Jordan’s Killmonger has been a fan favorite amongst the MCU antagonists. However, his story was cut short in the climax of the movie, where he died at the hands of Chadwick Boseman’s T’Challa.  Though with the passing of Boseman leaving a hole, perhaps a Multiverse Killmonger could step up to lead the MCU’s Wakanda to glory once more.

Little is known about the plot of Black Panther: Wakanda Forever, especially how T’Challa will be written out. But giving Jordan a chance to return and bring with him a redemption arc to his character would be a great way to honor Boseman’s passing. As well, this keeps the power of the Panther within the family, without forcing a Shuri (Letitia Wright) into a role that she may be too young to do. Plus she works so well as the tech brains of the entire operation.

I suspect that his saving of Tony Stark could lead him down two heavily contrasted paths: one that further reinforces his imperialistic goals to take over Wakanda, or one that allows him the compassion to team up with his kin. This may be the “Black Panther” we see in the animated show, giving us Boseman and Jordan together once more, a move that will have most fans rejoicing with tears in their eyes.

In a beautiful recreation of the team pan in the first Avengers, in What If it is utilized again. Showing a Black Panther, Gamora with Thanos’ styled armor, Star-Lord/T’Challa, and Party Thor. Which leads to a new question, if T’Challa is Star-Lord who could this Black Panther be then?

If not Killmonger, I believe Shuri is the next logical choice.  We see a little girl wielding similar arm cannons like the ones she used to protect Vision during the battle in Infinity War. Could her brother’s abduction pave an opening for her to take his place, it certainly seems like an opportunity that could be explored. Letitia Wright is set to star in Black Panther: Wakanda Forever, could this be Marvel warming us up to the idea of her taking over as the new Black Panther?

It would be a heavy role for Wright to take on. Regardless of how the mantle is passed, the weight of the loss of T’Challa, and Boseman for that matter, will be difficult to balance. Shuri has taken up the mantle in the comics and has been shown to be a fair leader to her people. Though I suspect any version of Killmonger would not let someone without any sort of leadership experience step up to the plate. He could even use this doubt to instill a split in the Wakandas, which we know he has succeeded with before. I speculate that many people, even perhaps a certain water dweller, will see the absence of T’Challa as an opportunity for more power.

Back to Captain Carter who (in this reality) takes the serum instead of Steve Rogers. Though not one to be left out of the action, Steve puts on the Hydra Stomper, an Iron Man-inspired WWII suit. Since we do get a unique view, could this be the vehicle for Chris Evans to make a return to the MCU?

Having been one of the faces of the MCU for so long, a new take on the same character may be enough to draw Evan’s back. As the sidekick to Captain Carter, the role could be less demanding, leaving room for him to explore other pursuits. It would also be worth exploring how a Steve without powers still found a way to contribute to the great war efforts. Would he continue to work with the government after the close of WWII, how would he fare if Captain Carter was one to go under the ice?

The Cosmic Circus’s Drew gives a good suggestion here that a variant of Captain America could come to the MCU, uttering the famous “Hail Hydra ” sincerely as an undercover agent. A twist like this could destroy the public’s trust in the Avengers similar to the fall of Shield. An event tarnishing the legacy of a highly regarded hero could help catapult things along for what is to come in Secret Invasion. Using He Who Remains’ introduction, another multiverse villain would help bring together the live-action heroes from other timelines at the cost of introducing evil variants as well.

The Return of Mary Poppins

Regretfully, with Boseman’s passing, the possibility of his interpretation of T’Challa/Star-Lord may be limited to just the first season. And the possibility of seeing this iteration crossover to live-action is no longer viable. However, since we see his travels with Michael Rooker’s Yondu, you’re left to wonder if they use his status as our favorite adopted father to explain not participating alongside the other Guardians of the Multiverse.

Some may believe that the return of Rooker may weaken his sacrifice in Guardians of the Galaxy Vol. 2. Though there felt like so much story left to tell, especially from someone with the caliber of Rooker. With some scenes showing a young T’Challa, I’m hoping they give a spotlight to Yondu mentoring him on becoming a Ravager. Many fans would be delighted to see an appearance of the original squad which included Yondu, that came before the line-up that James Gunn brought to screen in 2014. While this was teased in the post-credits of the Guardians sequel, we were missing Yondu for the full roster.

The Biggest Game of Duck Duck Goose Ever

In the trailer, we get a flash of Howard the Duck who has popped up for a few cameos. Even fighting with the other heroes in the final battle of Avengers: Endgame.  Perhaps we see him clumsily bump into Loki in Season 2 when he progresses throughout the Multiverse on another random planet. Or maybe the time is ripe for a new movie or series that includes our webbed-footed friend.

It would be interesting to see Howard traversing the multiverse looking for a good time. He seems like such a wild card, you never know what fun (trouble) he could get up to. Seeing him form allies that are typically considered a bit wacky would show a side to the MCU we haven’t seen enough of.

The Return of a Man

As we know, some actors got passed on famous roles but ended up being cast further down the line (Wyatt Russell auditioned for Captain America, got John Walker later on).

Now that the multiverse has been ripped open by the events of Loki, the possibilities of who/what can show up are endless. My hope is that they give a second chance to some things we never got to see like the original Guardians/Ravagers squad, redemptions for those who turned bad (Killmonger), and a setting for fun alternatives (Hydra Cap).

Could we see the return of past favorites from franchises Marvel didn’t own (X-Men and Fantastic Four namely)? Could Chris Evans finally return to flame retardant spandex? Will the mouthy Luis, played by Michael Peña finally get the super suit that he’s been wishing for? I hope the answer is yes, even if brief, to all of that and more. But the only way to find out is to “toon” in over the next few years to find out.