What I Heard: ‘Spider-Man: No Way Home’ Will Explore the Raimi and Webb Lore 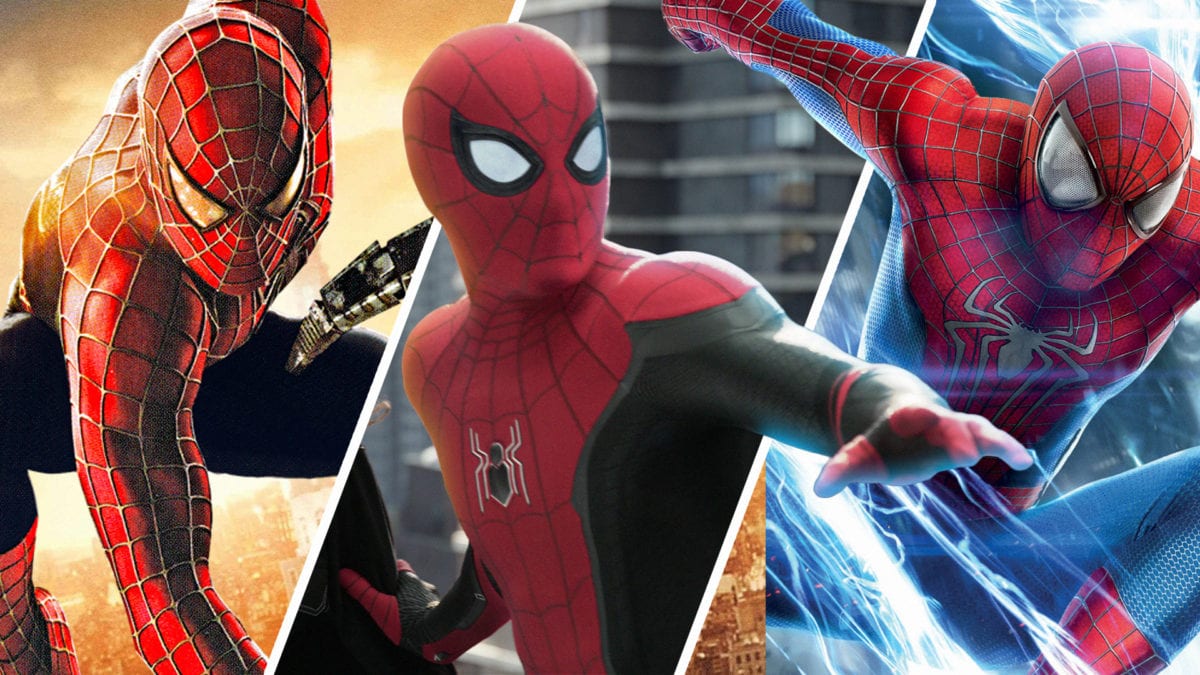 News and Rumors What I Heard
November 22, 2021 Alex Perez

What I Heard: ‘Spider-Man: No Way Home’ Will Explore the Raimi and Webb Lore

We all know the saying. “With Great Power comes Great Responsibility.” It’s the very essence of who Spider-Man is as a character. He is a regular individual gifted with extraordinary powers and forced to accept the responsibility that comes with them, usually by living through personal tragedy. It’s usually this attribute that makes Peter Parker relatable to many who read his stories. And with that large relatability and fanbase, it should be no surprise that Spider-Man is often a polarizing topic amongst fans worldwide.

Many fans going to see these more recent Spidey movies are individuals whose childhood was defined by either the Raimi Trilogy of Spider-Man films or the Webb Duology of Amazing Spider-Man films. With Spider-Man: No Way Home revealing itself to be a crossover story of multiversal implications, the concept of a live-action Spider-Verse quickly overtook the main conversation regarding this movie’s plot. This plot point will be significant for a critical reason. Not only will we get 3 iterations of Spider-Man all in the same spot, but we’ll be able to delve into their lore, stories, and what they’ve been up to for the last couple of years.

One of the reasons some fans are so cautious about seeing Tobey Maguire and Andrew Garfield return to the big screen is because they’re afraid Marvel Studios could botch the stories they built up over the last couple of years. Allow me to provide an example. Pay close attention to the second No Way Home trailer that dropped last week, specifically to the part when Stephen Strange says, “They all die, fighting Spider-Man.” Given that these iterations of Spidey villains are the same ones we saw in the previous films all those years ago, some of these characters’ deaths don’t line up. The first example would be Sandman from Spider-Man 3, whom we know Peter Parker forgave and let go be free following their confrontation. The other example would be The Lizard from The Amazing Spider-Man, who was jailed at the end of their conflict. So how would they have died, according to what Strange says?

Sources close to the production have informed us that the lore from the universes of these 2 Spider-Men (Tobey Maguire and Andrew Garfield) will be expanded upon during the film. We’ll be given some backstory as to what the Spideys have been up to in their world since their sagas ended. This includes learning about how Sandman died in the years following Spider-Man 3 and how Lizard passed away years after The Amazing Spider-Man. Another significant point addressed during this film is the kind of toll that being Spider-Man has taken on Maguire’s and Garfield’s adaptations.

This type of world-building plot is going to be significant for the fans of these franchises. Jon Watts had the uphill task of not only developing his own iteration of Spider-Man but continuing and building upon the previous iterations that are already such recognizable characters in pop culture. Luckily, sources also tell us that the former directors (Raimi and Webb) were consulted during the development of these characters, so at least knowing their vision will be continued as the directors intended should be reassuring for some fans.

Are you concerned about how Spider-Man: No Way Home will cover and expand on the lore of the past Spider-Men films, or do you have faith in how this will be handled? Let us know what you guys think in the comments or on social media!