What I Heard: Yes, Chukwudi Iwuji is High Evolutionary In Guardians Of The Galaxy Vol. 3 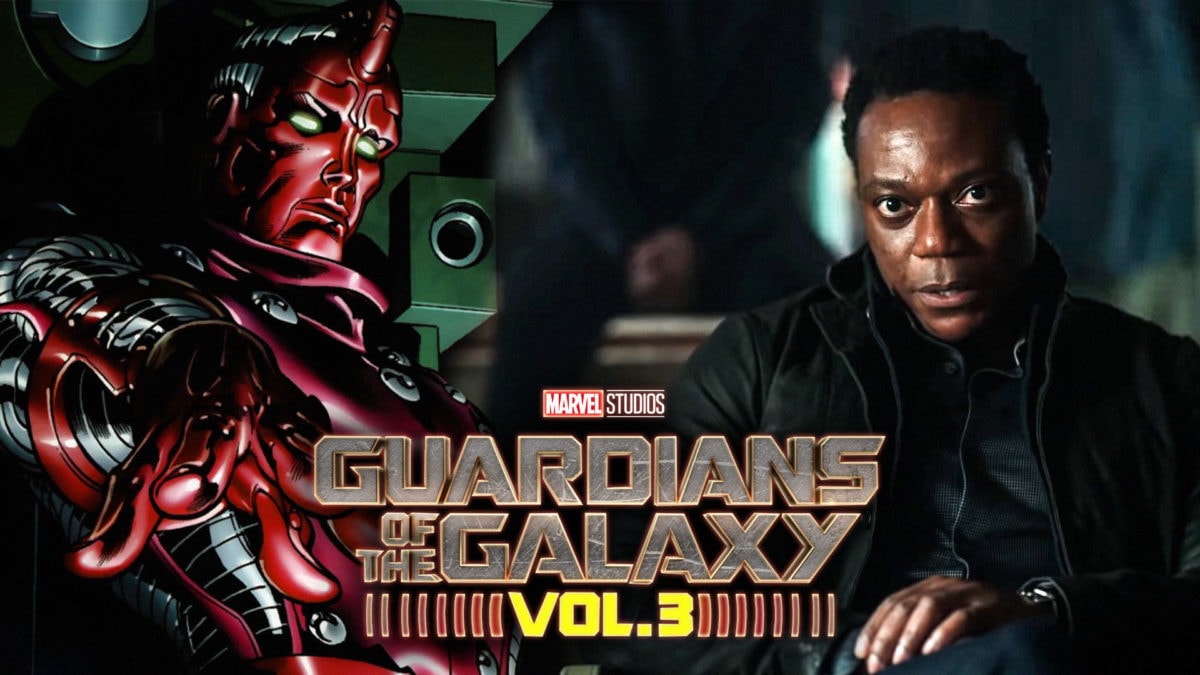 What I Heard: Yes, Chukwudi Iwuji is High Evolutionary In Guardians Of The Galaxy Vol. 3

Sometimes in these “What I Heard” articles I might post new information, sometimes I might either deny or confirm information that is already out there. While I greatly prefer sharing something new, sadly today, it’s the latter, as you can see by the title. I have heard recently from previously reliable sources that I trust, that yes, Peacemaker’s Chukwudi Iwuji is playing The High Evolutionary in Guardians Of The Galaxy vol. 3.

As you may know, this has been reported/rumored over the past month or so and is not “new” news. I am simply sharing with you now that I have heard the same from my own sources that have been reliable for me in the past. And in good faith, I’m backing up the earlier reports credited below. I would hope others would do the same for me if they are legitimately able to do so.

As far as previous reports on this go, on January 3, 2022, Screen Geek came out with an exclusive that Iwuji is playing High Evolutionary in Vol. 3. You can read their report here. Less than a month before, scooper KC Walsh (GWW Editor-In-Chief) said on the Change My Mind podcast that The High Evolutionary was the villain in Vol. 3 and the one who created Rocket. You can check out my friend Julia Delbel’s article on MCU Direct for a bit more on that.

I can vaguely recall other rumors/fan speculation about High Evolutionary circulating around the internet in spoilery hot spots quite a bit prior to Walsh’s report as well. In fact, as I take a look back in my research of this post, I see that old Roger Wardell account reported the High Evolutionary was in Vol. 3,  waaaayyy back in May 2019 (reported by comicbook.com among others).

Rocket's creator is the High Evolutionary, Drax is in for a big surprise when he discovers his daughter is alive. Rocket also gets a love interest in the form of Lylla. Nebula and Star Lord will grow into closer friends.

Hmm… I wouldn’t mind if the rest of his predictions here turn out true too. Wonder what happens to that guy? In any case, no doubt that Wardell’s tweet, as well as past statements from James Gunn like the one below from an April 2020 GotG watch party, are what got fans and scoopers alike talking about the High Evolutionary being a villain in Vol. 3 in the first place.

I’ll just say Rocket is a big part of what’s happening in the future – and a lot of this stuff (like the scars we’re about to see on his back) sets up what I’ve been planning for Rocket all along. #QuarantineWatchParty #GotG https://t.co/WLqoiG7Wzg

Tracking the evolution of a rumor/scoop like this is quite fascinating, however, it doesn’t necessarily mean that a person who comes to a conclusion later, is simply “piggybacking” off of the previous rumors or reports. It happens certainly, but it also happens that people are simply hearing from their own sources the same sorts of things (eventually).

That being said, it can definitely muddy the water a bit in regards to who deserves credit for what reports. The ongoing cancerous toxicity that exists towards and even between scoopers in certain fandoms doesn’t help either. Please remember, we’re all just human beings, most of whom are genuinely trying to share and talk about something we love.

As for Chukwudi Iwuji, he was confirmed to be in the James Gunn directed Marvel film by the director in November, via a couple of tweets including a picture from the first day of shooting. This set off all kinds of speculation amongst fans about who he may be playing in the film, one theory being, you guessed it, The High Evolutionary.

Chuk has indeed joined the cast. After working with him on #Peacemaker I wasn’t about to let go of one of the best actors I’ve ever worked with – so I gave him the role most every big name actor in Hollywood wanted. #TalentAboveAllElse https://t.co/ar2vYqRt5u

Iwuji plays Clemson Murn in the Suicide Squad spin-off series Peacemaker, which is just hitting HBOmax now. I’ve been lucky to have received an early sneak peek at some episodes of Peacemaker, and I have to say he is a very intriguing choice as the High Evolutionary. Could this be like a Benicio Del Toro as The Collector interesting choice? Possibly!

You can check out our own Tucker Watkins review of the first 3 episodes of Peacemaker here. And yes, I have been largely enjoying the series so far, myself.

What do you think of this casting for The High Evolutionary? What do you hope to see from him in Vol. 3?  Do you miss that old Roger Wardell Twitter? Or are you like that Wanda meme and just want to say “No more scoopers…”? Let us know in the comments or on social media!

Book Review: The Monsters We Defy by Leslye Penelope