With Sunday night’s episode, Season 4 of Westworld has concluded. The season finale of HBO’s prestige science fiction original, titled “Que Será, Será,” connects some of the plot puzzle pieces that have kept viewers guessing and on their toes. There are big revelations about characters and what makes them tick. It’s a bit oddly paced but builds to a conclusion that works and also features the loopy reality hallmarks for which the show is known. The finale of Westworld is a violent and emotional trip.

In some ways, “Que Será, Será” is a violent return to season 1 of the show, and the end sets up what seems to be a reset –  or “one final loop around the bend.” It’s a board game between humans and hosts without a winner, so the only choice is to clear the pieces, clean up the wreckage, and start again.

HBO’s Westworld is packed with star power. This season features a ton of talent, and many won Emmys because of their previous work in the show. Westworld stars Evan Rachel Wood as Christina/Dolores, the resident “writer” at Olympiad Entertainment. Thandiwe Newton is the perceptive Maeve. Jeffrey Wright is Bernard, and Tessa Thompson is Charlotte Hale. Aaron Paul is Caleb Nichols. Angela Sarafyan is the violent Clementine. The veteran actor Ed Harris is the Man in Black. James Marsden is Teddy, and Luke Hemsworth is Stubbs.

[Warning: Please be aware that there are spoilers for Westworld season 4 ahead.]

If you haven’t had a chance to watch the season yet, you may want to check out Tucker’s review of the season opener (which includes some more talk about previous seasons). 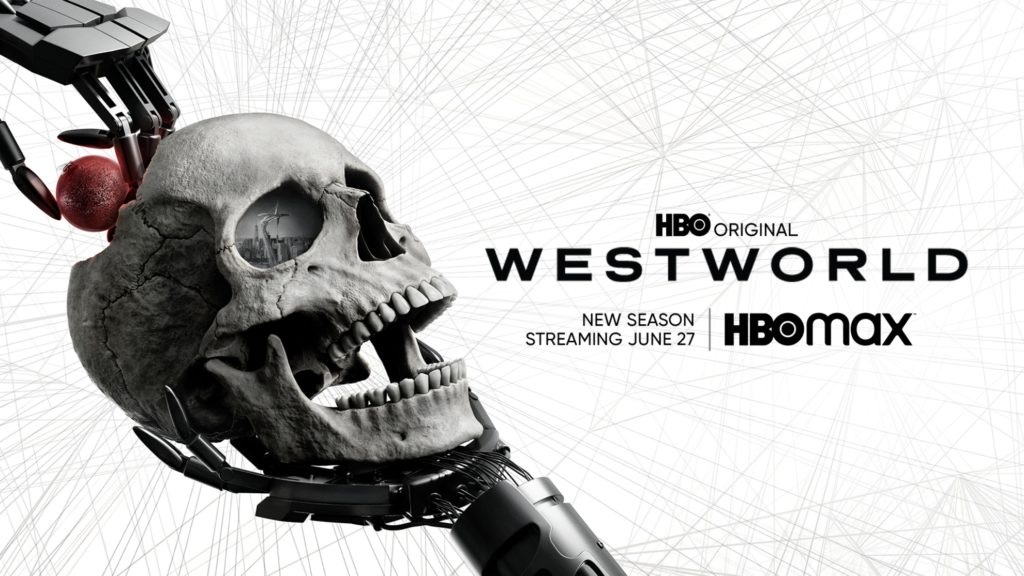 The season finale of Westworld had some awkward pacing at times, which threw me out of the story. Individual scenes in the episode were well done when taken alone –but when woven together as part of the larger narrative, they did not work. In some cases, the contrast was a bit jarring.

The episode built to the final moments where the only conclusion could be found in a potential next season. Arcs were wrapped up, but it wasn’t emotionally satisfying. I think some of that, too, is because of the underlying world-building with the show. We’re in a world where your consciousness can be contained in a pearl and placed in a flesh bag.

But it’s hard to feel the emotional impact of the death of a character when some version of them could come back at any time.

I want to highlight a few things – the potential for a fifth season of Westworld, the death of The Man in Black, a particularly striking visual moment, and the general use of violence in the finale.

The potential for a fifth season

I’m going to dive into the biggest takeaway from this finale – it seems like the folks behind Westworld are clearly leading into a fifth and possibly final season of the show. Every moment of the finale builds to this takeaway. (Indeed, we finished the episode with Dolores/Christina (because who really knows at this point?) becoming self-aware of their situation and making a choice with ramifications for the survival of humanity and the hosts.

Charlotte Hale is a significant catalyst for this and puts a lot of faith in the sentient AI. After viewing a video message from Bernard, Hale destroys the New York simulation that Christina is in control of and that she inhabits. The scene is well done and reminded my Star Trek heart of a darker holodeck coming offline.

Hale stomps and stomps through the concrete where the park simulation is running. Christina is in the simulation, and as Hale stomps, she’s in the middle of a touching and emotional moment with her memory of Teddy. The simulation around her blips and blurs out and fades away. As it does, Hale finally reaches the control pearl under the concrete, which she grabs and goes off on the next part of her journey. The destroyed concrete floor and Charlotte’s realization that her reality isn’t what she thought, make for a nice parallel.

Eventually, after a confrontation that I’ll detail in a moment, Hale puts Christina in a position to control the Sublime. Hale is showing a lot of faith in Christina – and believes (accurately) that she’ll choose to run one final test with the results controlling the hosts’ fate in the Sublime and presumably humanity on Earth.

She decides to run the test and brings everyone in the Sublime back to the Westworld park of season 1. It’s unclear what challenges the hosts will face, but Christina is at its center. She wields tremendous power.

The Man (Men?) In Black are dead

The finale is also built to a confrontation between Hale and The Man in Black. Hale kills her prisoner and human version of the Man in Black in her sound control tower. But that still leaves a problem. The host Man in Black, the one responsible for causing all the fly-infected humans to go gonzo, is still out there and still has a goal.

We finally learn his goal – extinction. A philosophical argument between Hale and the host Man in Black precedes a dramatic confrontation at the Hoover Dam. As he describes himself, the evolved Man in Black host asserts that the hosts of the world (both the Sublime and Earth) are just like humans because humans created them. They’re a reflection and just as messed up with them. Humans are flawed, and therefore the hosts are too. Hale isn’t ready to give up and wants to give Christina a chance.

The fight between Hale and the evolved Man in Black host is set apart from the greater violence of the show and features excellent choreography and writing. In the end, Hale wins the fight (with a final assist from Bernard) with a gun hidden behind a pylon inside the dam. And to make sure that the “evolved” host Man in Black is genuinely dead, Hale takes his control pearl and smashes it to dust.

But again, this is Westworld. Ed Harris is a phenomenal actor and has been with the show from the beginning. His human body may be gone, and one of his hosts may be gone, but that doesn’t mean his tenure is over. Though, it would be exciting story-wise if he was truly gone. One of the issues overall with Westworld is that no one seems to be really dead. The characters can get rebooted, repaired, or what have you – which removes some of the stakes for them and nerfs the storytelling.

A striking visual moment in the Westworld finale

There’s a visual moment in the finale that’s particularly striking and that I keep thinking about. Tessa Thompson’s character, Hale, has completed her self-assigned mission to defeat the host Man in Black and get Christina into the Sublime.

Hale has left the Hoover Dam and is walking along the side of Lake Mead. She’s removed most of the “flesh” from her host body (including the bits with the scars she wanted to remember) and has also released her leather outfit to reveal a cybernetic skeleton. Her head and neck are left atop the wiry android body as Hale gazes across the water. It’s an interesting juxtaposition and even more striking when she takes her pearl control unit out of her head and smashes it to dust. It’s emotional, but again, I wonder if it’s really the end of Hale.

A final note about the violence in Westworld season 4

I get it, it’s Westworld, and the powers behind the show have said repeatedly that the violence was necessary for the story and a big part of the characters. They’ve faced questions about it from the very first critic airing of the first episode of the first season.

I hope (but doubt) that it won’t be as wanton next season as was in the finale. The gratuitous intro didn’t need to show all of that to get the point across they were trying to make about the Man in Black. We get it (and have since the episode where he set all the humans after each other! – and really, way back in every or any other season of the show), and the gore just took away from the larger story. It did not help the pacing, and that valuable airtime real estate could have been used elsewhere to smooth the pacing.

Again, the scenes where the fights and violence were rooted in character were great and worked for the story. The conclusion of Clementine’s arc was particularly well done and had clever writing and fighting that aligned with the story. The dialogue between Maeve and Clementine was top-notch, and the physicality between Clementine and the host Caleb Nichols was excellent. I hope that the next season if there is one, showcases more like the Clementine/Nichols or the host Man in Black/Hale style.

Westworld is trippy science fiction that’s always excelled at making us question our reality. Deep philosophical questions are explored through loopy storylines. I hope that continues.

All of the episodes of Westworld season 4 are now available to stream on HBO Max or however you watch HBO. Did you catch the finale? What did you think of it and the Sublime’s reset? Please share your thoughts with us on Twitter @MyCosmicCircus.