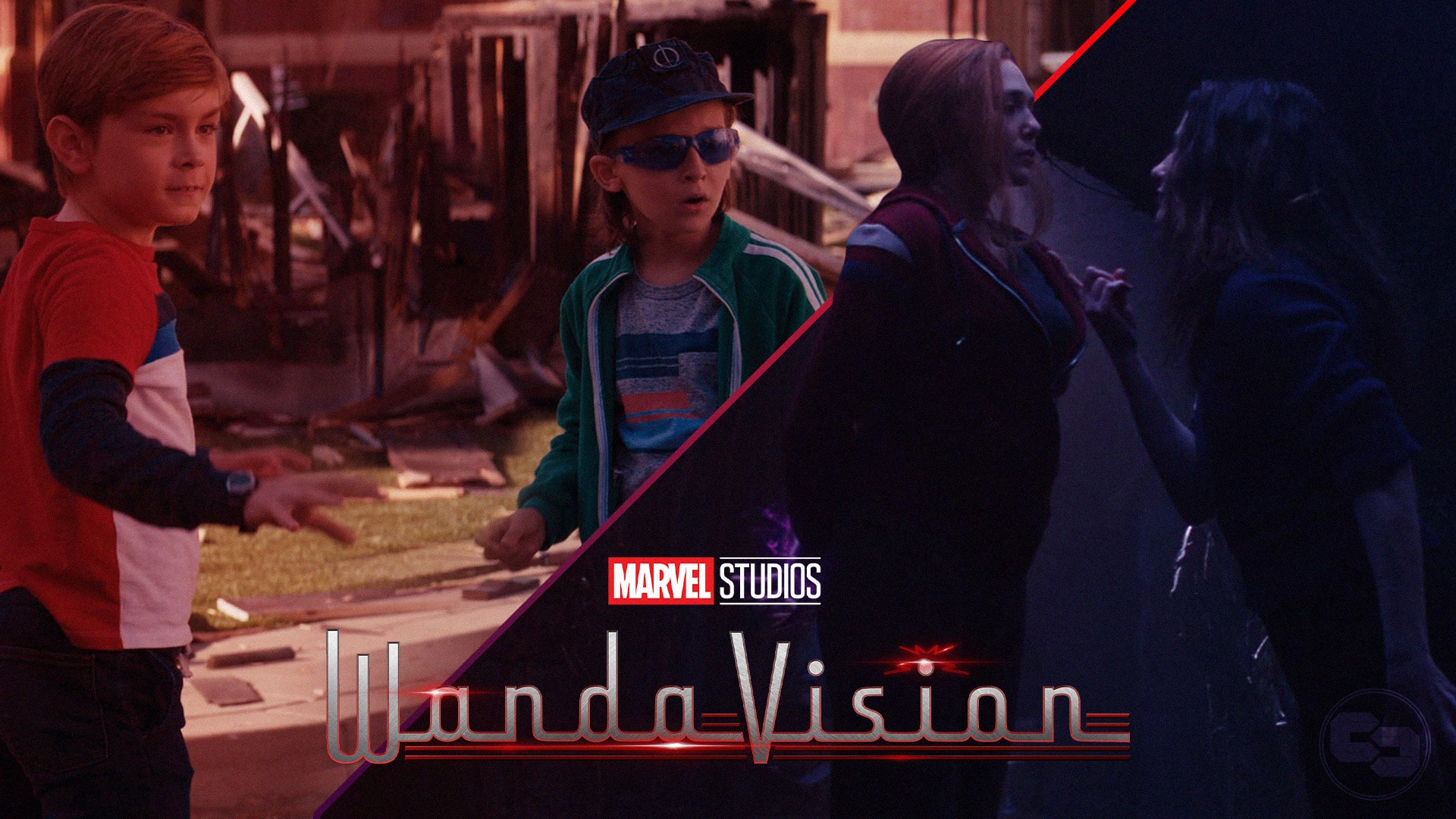 It’s hard to believe that we’re well over a year since the WandaVision finale aired on Disney+ and the effects of the show continue to make their rounds across the future projects in the MCU. Since then, it’s been revealed by the creators of the show that multiple scenes were initially planned for the show but were ultimately cut for a number of reasons. But now, we have discovered some concept art that gives us a first look at one of those scenes.

Concept artist Chris Nichols revealed via his Artstation page several concept images that were planned for WandaVision. This included a couple of striking images of Paul Bettany’s Vision, as well as a look at the concept for a deleted scene involving the twins.

This particular scene has been mentioned before as having been shot but was cut from the finale. The image below features Darcy Lewis, the infamous Ralph with the Maximoff twins, Billy and Tommy.

You might recall that Matt Shakman discussed what this scene was going to be in an interview last year with Kevin Smith.

“We did have something more planned for Señor Scratchy that we ultimately couldn’t do because the finale had so many different chess pieces. But we did have a whole sequence where Darcy, Monica, and Ralph meet up with the kids in Agatha’s house, and they think they should steal the Darkhold from the basement because the kids had seen it when they were down there being held hostage by Agatha…

We shot it, but we didn’t finish all the VFX stuff for it. It was a great sequence, it was super fun, everyone was great in it. But we ended up moving it aside because it was a huge detour in the middle of everything else we had going on.”

Hopefully, in the future, we’ll get the opportunity to see this scene play out as the director initially intended. In the meantime check out this and Nichols’ other concept art including this concept art for Morbius characters on his Artstation.

Lastly, if you have a strong stomach, Nichols also posted concept art for a very Two-Face-looking Thanos for Endgame. The image shows a Thanos concept with MUCH more damage to the side of his face due to the Snap – Avengers: Endgame Thanos (disturbing image warning).

What do you think? Would you have liked to have seen this WandaVison scene in the finale? Let us know in the comments or on social media!