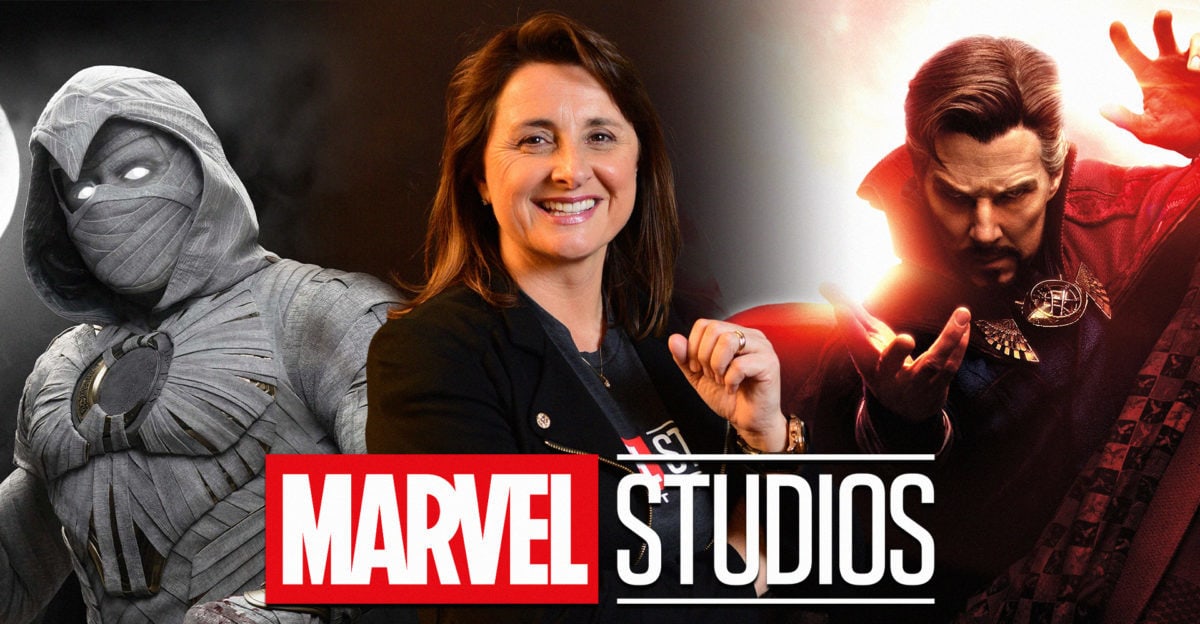 The President of Production for Marvel Studios, Victoria Alonso, attended the morning talk show “¡Despierta América!” to discuss some of the projects Marvel Studios has slated for release this year and also take a look back at how the pandemic had affected Marvel Studios.

“The pandemic took away our ability to go to work, but it didn’t take away our ability to create. Last year, we produced 46 hours [of content]…working on it from our homes. Apart from that, we also worked on streaming, which we had never done before, [and] animation, which we had never done before. We premiered an entire [animated] series called “What If…?”, where we took all of our stories and changed those moments into others.”

46 hours of content undoubtedly is quite a number for Marvel Studios. Last year alone, they premiered four films (Black Widow, Shang-Chi and the Legend of the Ten Rings, Eternals and Spider-Man: No Way Home) and 5 Disney+ shows (WandaVision, Loki, What If…?, Hawkeye, The Falcon and the Winter Soldier). Not to mention the premiere of their Marvel Studios’ shorts; Legends, as well as their Behind-the-Scenes documentaries Assembled.

Alonso discussed some remarks she made in November during the Eternals premiere, in which she encouraged audiences to learn Spanish.

She went on to talk about Salma Hayek’s reaction to Eternals.

Speaking on Latin-American representation, she also took the opportunity to discuss the introduction of Moon Knight coming to Disney+ this upcoming March 30th, starring Oscar Isaac.

Lastly, Victoria Alonso was asked about Marvel Studios’ upcoming productions slated for release this year, like Moon Knight and Doctor Strange in the Multiverse of Madness. When comparing those two productions to what came before this past year, her response was:

“Now, between March and May…you all better hang on tight.”

Moon Knight debuts on Disney+ this coming March 30th, and Doctor Strange in the Multiverse of Madness premieres in theaters on May 6th.