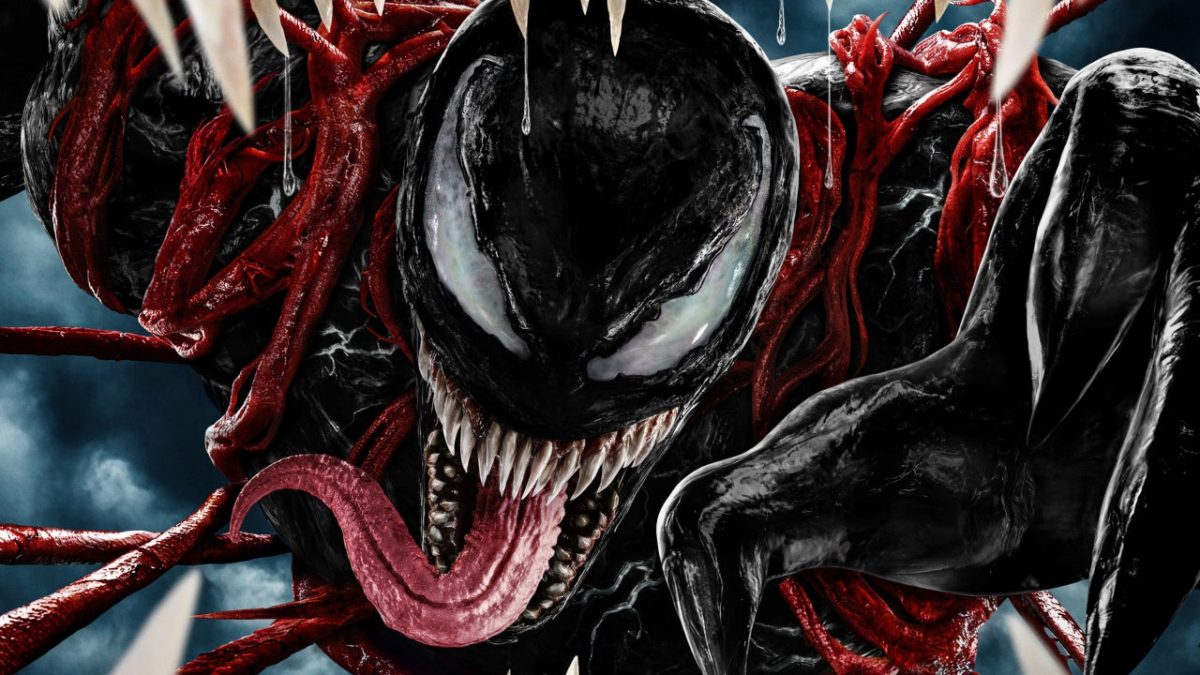 Ever since Venom was a smashing success, even hitting 800 million at the box office, I knew that a sequel would be inevitable. I honestly didn’t love the first Venom until recently and wasn’t too excited for a sequel. BUT, that all changed a couple of weeks ago when Fandango’s Erik Davis confirmed on his Twitter that Venom: Let There Be Carnage would be 97 minutes long. My tone changed on a dime and I was more excited for this film than I had been for any superhero film in a long time.

Have no fear, ladies and gentlemen, because director Andy Serkis and (now co-writer, producer, and star) Tom Hardy have narrowed their focus for the sequel and set eyes on exactly what made the first film work. For the entire run-time, the movie focuses on and dissects two polyamorous relationships between the protagonists and the antagonists.

On one side we have Eddie Brock, Venom, and Anne Weying (Michelle Williams); on the other side, we have Cletus Kasady (Woody Harrelson), Carnage, and Frances Barrison (Naomie Harris). At the real heart of it all is Venom and Eddie, who are heavily queer-coded for the entire runtime and it works delightfully well.

Venom and Eddie’s relationship plot peaks near the middle of the film, where Venom attends a rave (featuring rapper Little Sims, awesome), and has a “coming out of the Eddie closet” speech before the two eventually come to the mutually exclusive decision that they actually depend on each other for success and happiness. It’s a surprisingly well-done story arc that at no point attempts to hide what it really is (a love story), and succeeds at making a relationship between an alien and his host actually really fun and interesting to watch.

Their relationship is really well reflected in the antagonists, with Cletus and Carnage both feeding on each other’s toxicity and leveraging each other’s desires to achieve their own tasks. There is even a (very blatant) play on the compatibility of partners and the way that relationships work, with having Frances Barrison’s (Cletus’s love interest) powers be the exact weakness of Carnage. They do a good job at playing with the dynamic between all of these characters, and while there are 6 total “main” characters, the movie balances them so well you often forget that’s the case. 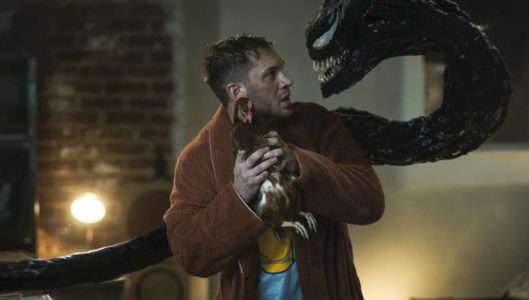 I walked into a 97-minute movie about the relationship between a man and his symbiote partner, and I got exactly what I expected. At only a couple minutes over an hour and a half, it was a breeze of a film that wastes no time. Some people criticize its “breakneck pace” but the truth is this is just a movie that refuses to overstay its welcome.

I suspect that when people criticize the movie’s pacing, they’re mistaking the pacing of the story with the pacing of the scenes. There doesn’t seem to be any story beats missing, and it doesn’t miss any moments with the characters. But what does happen repeatedly throughout the film, is that a cut between shots or even a cut between scenes will happen just a moment too fast. I imagine that this is just something that (only second time) film director Andy Serkis will have to learn to get better at, but I only really felt it a couple times throughout the film.

There was also an odd issue where I felt the movie was too closely framed. More than one time I thought that the camera should take a few steps back to get a good look at the proper focus of the shot. Again, I think it’s just something that Serkis is going to have to learn to do better over time, but that style of cinematography does work in some places (specifically a couple of times in the climax).

Regardless of any issues with framing and editing, the movie still had a distinct “rugged and raw” style that I really loved. Venom looks better here than he did before, and the color contrast between him and Carnage looks great in the finale. Speaking of Carnage, the design is gorgeous. Where Venom occasionally looks gooey or slimy, Carnage looks muscly and rough and grotesque. It’s an excellent look for the villain of the film, and a fitting one for such a murderous monster. 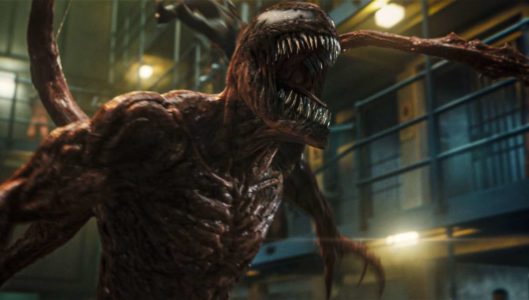 Absolutely no spoilers for the end credit scene and I’m not even going to tell you what I think about it or hint at it at all, but when the end credits scene came, the audience in my theater erupted. It always makes my heart really warm when a group of people can just bond over something so simple. I loved the theater experience I had with this movie.

One thing that this film did that the last didn’t, was getting me really excited about the future of these characters. At the end of the film, I really do love Eddie, Venom, Anne, and Dan and I’m actually really excited at the prospect that I might see them all again eventually. If they can maintain this level of creativity and willingness to just go all in and commit to the bizarre nature of the story, then I will continue to look forward to these films.

Please, if you are going soon to see Venom: Let There Be Carnage in theaters, go in with an open mind. That’s all I ask. I had a ton of fun watching this movie and I hope that everyone can have as much fun as I did.

My rating for Venom: Let There Be Carnage