Upcoming ‘What if…?’ T’Challa was Star-Lord Episode Brings Both Expectations and Emotions 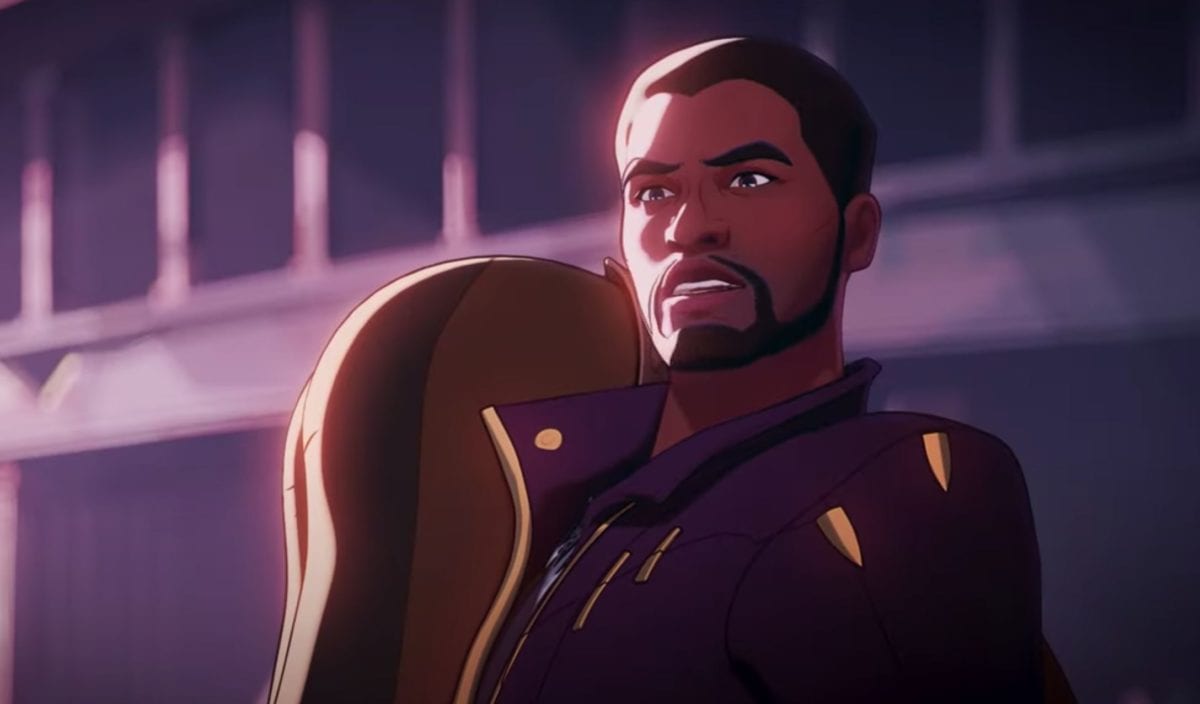 Upcoming ‘What if…?’ T’Challa was Star-Lord Episode Brings Both Expectations and Emotions

As we prepare ourselves for episode two of Disney+ What If…?, it feels that there is no proper way to say goodbye to the King of Wakanda (and our hearts) as fans prepare for one final ride alongside Chadwick Boseman’s T’Challa. The episode doesn’t even air until tomorrow, and just hearing his voice again in the trailer has already proved to be too much for me and the others at The Cosmic Circus. His passing was so sudden and unexpected. Never did I think last August that the announcement of his death was about to break. That moment felt like it lasted a lifetime, because not only did the world lose an incredibly talented actor, the MCM lost a king. While I try to watch every Disney+ Marvel Studios show before starting my workday, I know this week I will have to collect myself before pushing play and most likely waiting until tomorrow evening. It may be wishful thinking that I’m not alone in feeling this way, but I’m sure fans of both Marvel and Boseman are feeling the weight of his loss as we enter into this final chapter, together.

What does one say when losing a hero, on and off-screen? Perhaps there is nothing to be said, allowing for Chadwick’s posthumous performances and whatever future Ryan Coogler has envisioned for Wakanda to elaborate on how to deal with the loss and healing. Since Boseman and T’Challa ascended to the Wakandan Astral Plane, things have changed drastically in both the direction of the story and characters to allow for this unfortunate departure. Rumors have spiraled that Shuri (Letitia Wright) would be taking over the mantle of Black Panther, as Coogler continues to make changes to the script that no longer has its shining star. Even recent set leaks indicate that the loss is enormous for the King of Wakanda. Though expect the loss to reverberate throughout the entire MCM (and Marvel fandom), not just the country of Wakanda and its people.

Reflecting on Brian’s breakdown, this week we see the return of the King of Wakanda to the screen but this time taking on a new role. In the newly released preview for this week’s upcoming episode of What If…? Michael Rooker’s returns to his role of Yondu Udonta picking up a young boy as he did in Guardians of the Galaxy. But this time he finds a young boy in Wakanda, as we see a TVA panel highlight, replacing Missouri from the first film. As we see Yondu standing over T’Challa he exclaims, “You morons grabbed the wrong kid!” while the expanses of space fill the wondrous eye of this child.

This week’s question is posed as “What If T’Challa was a Star-Lord?” While the phrasing of the question itself is interesting, it makes one wonder if there could be more than one Star-Lord? Or if simply it’s a matter of marketing phrasing on Marvel’s end. I won’t spend any more time dwelling on it, however, the trailer itself has a couple of eye and ear catchers. The first one to me is the instant recognition given to our hero, as he reveals himself and gets a reply in the form of “I’m a huge fan of your work!” Not only are they leaning against the meme-worthy, ‘Star-Lord, man. Legendary outlaw’, but I’d like to consider it a nice nod to the fame that Boseman rightly gathered for himself.

With a flash of blue and yellow, we see Karen Gillan’s Nebula now sporting a bountiful head of blonde hair! Quite a departure from the stark (please let me have this joke) baldness we have known her for in past installments. Although it is not shown, she approaches someone with a proposal reminiscent of the one with Val and Yelena in the post-credits of Black Widow. “I have a job for you” she says as she squints her eyes into the camera in an attempt to sell it.

We know that T’Challa’s Star-lord will team up again with other Avengers-level heroes from their respective What If…? episodes later in the series, which I am thrilled to see down the line. Seeing T’Challa work alongside others in the MCM such as in Civil War or in his solo movie have been highlights for me, showing the expansiveness of the Marvel world at the same time adding in a variety of team-up combinations (when his claws scratched Cap’s shield I was absolutely shocked). I hope to see this T’Challa in the end work alongside his cousin (as I casually hinted at before) rather than against him and based on what we have seen, the only question now is not what if, but how soon…?

Check out the latest trailer for What if…? below!