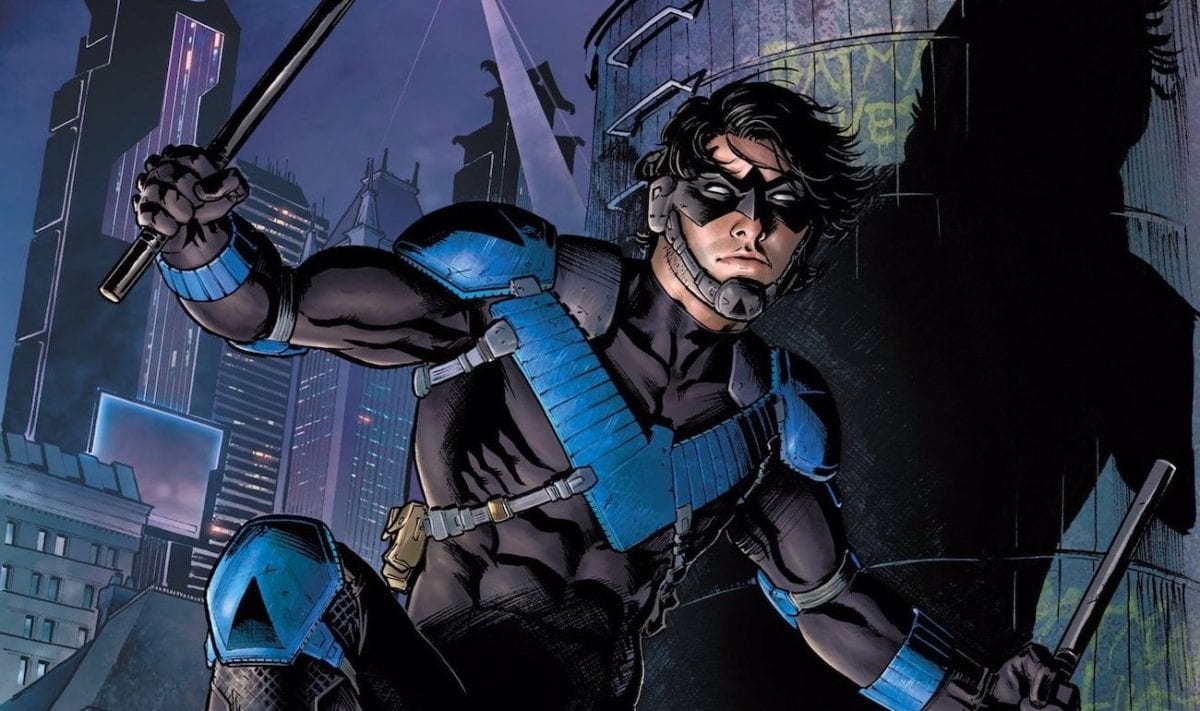 Warner Bros and DC have been overzealously announcing films for as long as I can remember. The worst offense was back in 2014 when then-CEO Kevin Tsujihara took an opportunity to announce 10 upcoming DC films at a shareholder meeting a la Kevin Feige. Things didn’t pan out, and the current DC film slate looks entirely different.

However, before the last regime of WB exited in 2019, they had a fun time announcing a plethora of DC films that probably would never come. So here they are — a list of DC films that are apparently still on the table and might still come out…

I’ve mentioned it before in this series, a THR article posted in April of this year revived hopes for lots of past announced DC films, including the Green Lantern Corps. While the article has no further information beyond “in the works,” the mere mention of this film by a very prominent site is promising for fans of the Green Lantern.

The film was initially announced as a part of the 2014 slate that I mentioned before, and there wasn’t a lot of information on it for a while. After all, the film wasn’t slated to hit theatres until just last year. It was eventually said to be a “Lethal Weapon in space” type film, but there was still almost no information on the film besides that brief (and indescriptive) description. It wasn’t until July of 2018, when Geoff Johns was hired to write the script for the film, that we finally heard more.

Now, since then and up until April of this year, we’ve heard nothing about this film. We’ve heard far more about the Green Lantern television show. News of that show had seemed to put the final nail in the coffin for this film. Although, that might not be the hard truth that most people think it is.

Recently, Superman has been announced to have 4 (maybe 5) possible projects in the works across HBO Max and theatrical films. So they aren’t in the “only 1 adaptation at a time” zone that we thought they were. Not to mention, they’ve recently gotten in the habit of announcing films and coinciding HBO Max series, like with Suicide Squad and Peacemaker or The Batman and GCPD.

Considering their recent behavior with films and television series, there’s no reason to think that the series prevents the film or vice versa. But it might go deeper than that. DC and WB have recently made it known that Jon Stewart is off the table, particularly when it came to Zack Snyder’s Justice League. Also, the series currently in the works is said to feature almost every popular Green Lantern character except for Jon Stewart or Hal Jordan.

I think that it’s very possible that considering all that, the film might still be in the works. But the fact that it hasn’t had any official news in a while means they must be, at the very least, keeping the film on a low profile. Perhaps they are still unsure if the film is going to get off the ground just yet. Hopefully, we hear more information about the film soon, even if it’s just a proper cancellation. At least then we’d be able to stop wondering about it.

Once again (and for the last time), the THR article kind of let the cat out of the bag with this one. While Supergirl’s journey is not quite as long-winded as Green Lantern Corps’, it’s still been known to be in the works for quite a while. I will, however, say with a good bit of confidence that this film will almost certainly come to fruition in one way or another.

Supergirl was first reported to be in the works in August of 2018, and Oren Uziel was attached to write the script. But, since then, nothing has been heard about the film. I say this film will almost certainly come out, however, because Sasha Calle was just cast as the character to appear in Andy Muscietti’s The Flash. However, when Deadline reported the casting, their use of the word “debut as Supergirl” might have let the cat out of the bag again.

The curiousness sets in when you start to wonder where the process of producing this film is. As I said, Uziel was brought on to write the script back in 2018, and there’s been no news since. Will the film use the same script? Or will they go hire a female writer to script the film (which I think they should do)? I assume it’s only a matter of time until we find out which direction this film will take.

Steven Spielberg was announced to direct a Blackhawk film in 2018. This seems like one of those films where “it’s only happening because Spielberg wants to do it.” Regardless, it was happening, and David Koepp was even brought on board to pen the script.

However, nothing was heard about this film for about 2 years. That was until Koepp took to Instagram to casually confirm he was still working on the film in December of 2020. It was strange and sort of anticlimactic, but news that these two filmmakers could still end up with an entirely in the DC Universe is exciting regardless.

I may not know much about Blackhawk (or anything for that matter), but having the guy who wrote Spider-Man, Jurassic Park, and Mission: Impossible seems like a good thing. Adding in frequent collaborator and a shoo-in for Greatest Director of All Time Steven Spielberg in the mix, you’ve got me interested a million times over.

But, I’ll do everyone a favor: every Spielberg has their Indiana Jones and the Kingdom of the Crystal Skull and every Koepp has their The Mummy. Just don’t forget to keep your expectations in check.

Just a quick look into Blackhawk comic’s past gives a glimpse at what to expect. The original comics followed a team of airplane fighters in WW2 with the Allies. If that doesn’t seem right up Spielberg’s alley, I don’t know what is. I’m just going to hope that this film eventually comes because it sure sounds like it would be a lot of fun.

This last one is going to be the most fun for me because it’s one film that I am dying to see. Chris McKay was initially attached to direct the film in 2017, and I have been waiting on pins and needles ever since. Bill Dubuque was also attached to write the script, and all looked well. I mean, having the guy who made The Lego Batman Movie and the guy who wrote The Accountant on Nightwing seems like the biggest home run ever, but we never saw anything happen.

Since then, McKay has released another movie, The Tomorrow War, which was released on Amazon Prime just a couple of weeks ago. Nightwing has been brought up more than once, and he even had a big conversation with The Bear Cave that revealed a lot about the potential film.

McKay talks about Nightwing in the interview mostly in the past tense, which seems disheartening. As if it’s something that’s in McKay’s rearview window and won’t come to be. However, things took an oddly positive turn when McKay talked about the studio’s relationship with the project.

“The reason why I’m hesitating because right now, today (June 18th, 2021), no one has told me we’re not making that movie. It’s just right now; they have other priorities. That’s the point of view Warner Bros are coming from and obviously a lot of things, a lot of their plans have had to change […]They’ve gone through a lot of stuff, and when I was brought in to Nightwing, they were in the process of doing Matt Reeves’ The Batman, so he was starting his thing there. So to me, I still hold out a lot of hope I’m still going to make that movie. Maybe that’s wishful thinking[…] No one has said ‘hey kid, you’re not making that movie’[…]but they still want to make a Nightwing movie, something I think is still important to them.”

McKay also revealed earlier in this interview that WB had already hired Dubuque to script the film before he was hired to direct. If anything, that’s better news for Nightwing fans. While I’m an advocate for McKay getting his opportunity to direct a character he’s passionate about, the fact that DC was already working on it before he signed on means that the project could potentially move on without him if he gets too busy. Especially considering that McKay is possibly reteaming with Amazon for a sequel to The Tomorrow War.

This project is super exciting to me, but something that’s excited me even more lately is the movement on the Batgirl film. In my imagination, the Batgirl film and the Nightwing film will go hand in hand and bring on a new era of Batman side character films. Because let’s be honest, Batman’s side characters are way better than Batman himself.

Do not fear, DC fans, there is a light at the end of the tunnel. While this is the last of the Upcoming DC films series (I know, so sad), DC Fandome is only a couple of months away. We’re sure to get lots of projects revealed there that we don’t even know are in the works right now. Maybe we’ll even get an update on some of these projects. Either way, be sure to check out the other two articles (Dated and Filming, In Development) to make sure you’re up to date on all of the DC films that are in the works.