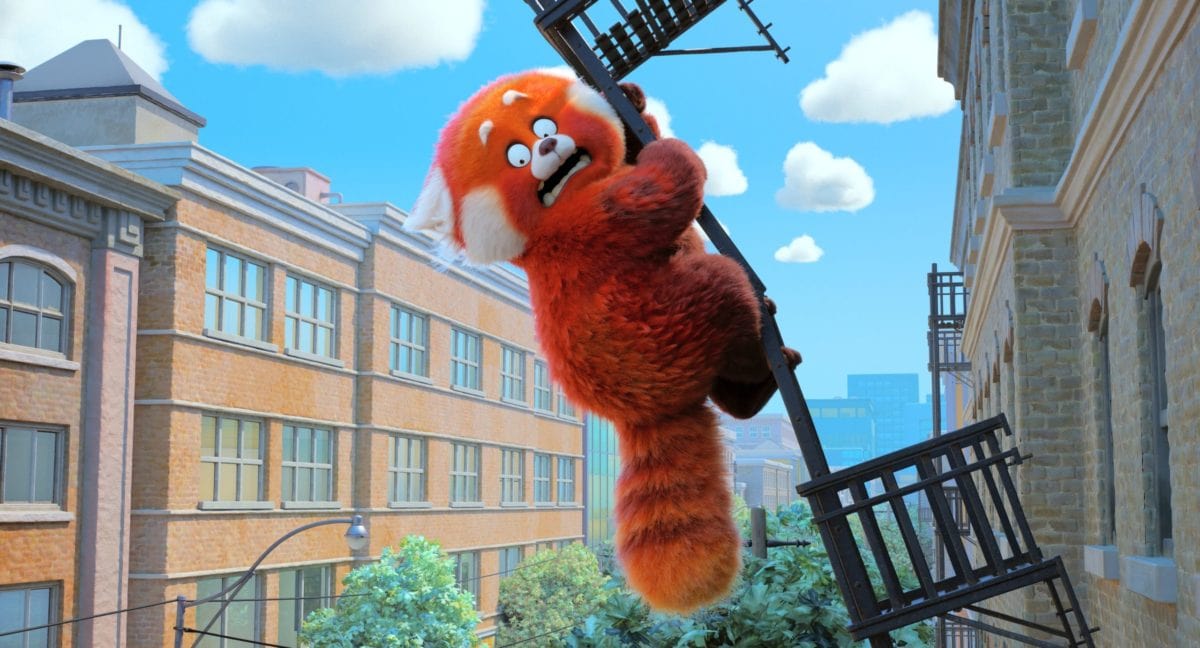 The central character of Turning Red, Meilin Lee (voiced by Rosalie Chiang), is a thirteen-year-old girl who loves math, is polite, enthusiastic, and obedient. Her family is of Chinese origin and every day, after school, she helps her mother Ming (Sandra Oh) organize a guided tour to the ancient family temple. Meilin enjoys cleaning and has a group of friends she loves very much, and like them, she’s a diehard fan of a boy band that doesn’t exactly fit her parents’ musical tastes.

Things get complicated when Meilin wakes up one morning and finds herself transformed into a huge, destructive, uncontrollable red panda! This is due to an old family curse. One which her mother had never spoken to Meilin about even though as a child she had the same experience.  Of course, puberty comes for everyone, and in Meilin’s case blows up the image of a model daughter; she’s riddled with body hair and gives off a sour smell. Now her need for acceptance that was once fulfilled by her parents, turns to her friends and is more important than ever.

It took the genius of director Domee Shi, former author of the provocative short film Bao, to sum all of this up in an image of strength and pure fun: a cuddly red panda. This symbol of that natural growth that is puberty, which affects both the body and the psyche, is the metaphor at the center of Pixar’s Turning Red. The film brilliantly embodies the limitations and feelings of inadequacy (but also the tenderness and warmth) of that age through the colorful displays of embarrassment, unexpected outbursts of anger, and amorous passion.

Turning Red also tells a tale of one of the most complicated human relationships – the one between mother and daughter. This film tells a great story, all the while showcasing Japanese animation and its ability to translate emotions into graphic exaggerations.

Through the characters of a personal universe, director Domee Shi portrays a universal dynamic with a deliberate pop style around the importance of ancestry – cleverly integrating the new with the old. This is the key to overcoming difficulties in that trying pre-teenage phase of life the film deals with.

Turning Red is another masterpiece from Pixar Animation Studios.