Top 3 Things Cut From ‘Dune: Part 1’ That Should Have Been Kept 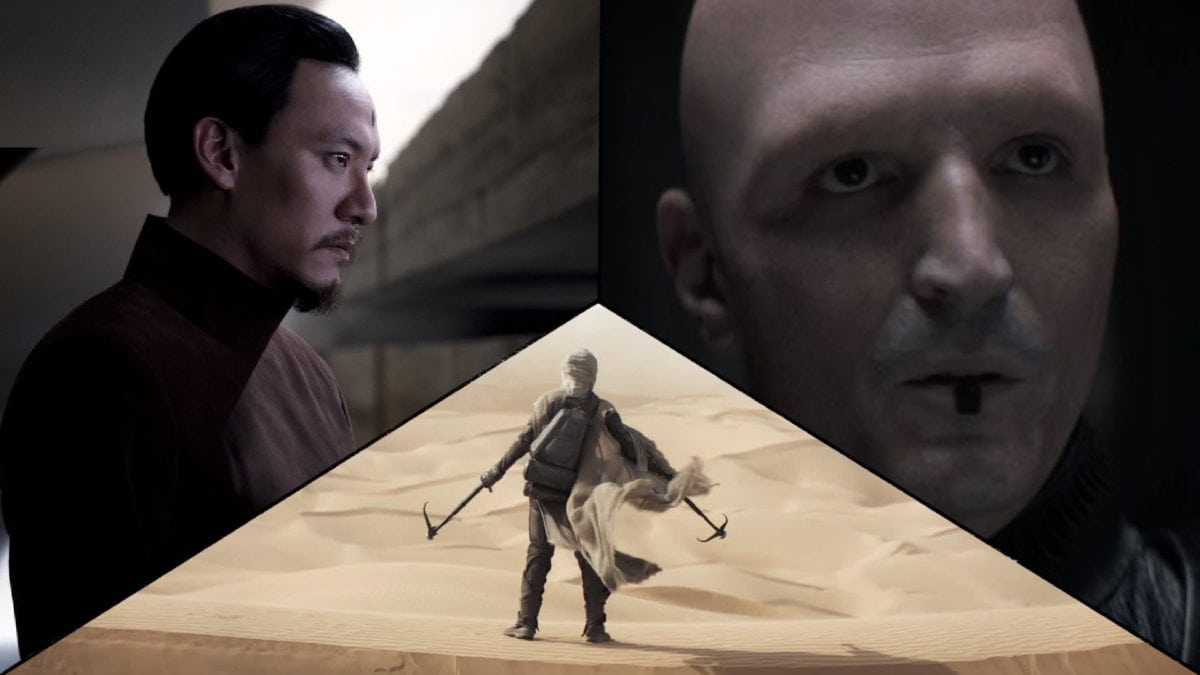 Top 3 Things Cut From ‘Dune: Part 1’ That Should Have Been Kept

By all accounts, Dune: Part 1 director Denis Villeneuve went all out for his film adaptation of the 1965 sci-fi classic. Jason Momoa, who plays Duncan Idaho in the film, has said that he would love to see a 4 to 5 hour cut of the film. While Villeneuve has refused that any such cut exists, with the film currently running at 2 and a half hours in theaters, the initial assembly cut is sure to have plenty of lost moments for us die-hard fans to chew on: so that’s just what I sought out. These are the top 3 things cut from Dune: Part 1 that I’d like to see.

Spoilers for Dune: Part 1 below!

First things first, we have to talk about Chang Chen’s turn as the character Dr. Yueh. He’s the character in the film that I think is most heavily criticized by loyal Dune fans, who were no doubt expecting the character to have a larger part to play than he did. But, the nature of difference when adapting a book to film means that you’ll lose a lot of complimentary moments that add plenty of depth to plot points and twists.

That was exactly the issue fans saw when Dr. Yueh was given minimal screen time before betraying Duke Leto (Oscar Isaac) “out of nowhere.” Chen’s performance as Dr. Yueh is incredible, even in just the short time we saw him. And hey, if giving the man a couple more scene’s to really flex his muscles and show his talent would also work to flesh out a previously under-developed turn in the story? I’d say that there’s nothing quite like killing two birds with one stone, but you have to start by taking a shot.

Per SecretsOfDune on Twitter, there are two specific scenes with Dr. Yueh that might have given the audience a bit more to chew on before the twist. The first one is a scene between Lady Jessica (Rebecca Ferguson) and Dr. Yueh, where Dr. Yueh breaks down in tears while talking about his wife. Given the nature of Bene Gesserit’s abilities, it could’ve been interesting to see Jessica try to figure out what’s going on with him, but these two characters have almost zero notable overlaps in the story otherwise, so I’m not sure what else it would’ve had to offer. I could see why Villeneuve might be quick to cut this.

The second scene is one that seems far more interesting and has far more potential. It sees Dr. Yueh meeting with Paul (Timothée Chalamet) before their trek to Arrakis. In the book, this scene includes Yueh giving Paul the Orange Catholic Bible that previously belonged to his wife, Wanna. Seeing how Yueh handles something like a possession previously owned by his wife could add a lot of depth, even just in subtle moments like reacting to how Paul touches or holds the book. This would’ve been a great opportunity to add a nice bit of umph to that midpoint twist, and could even add a bit of devastation to the reveal of Wanna’s situation and Yueh’s own betrayal and sacrifice.

While there are definitely a few precise scenes that were cut, I would’ve loved to see the Harkonnens more in the film in just a broad sense; The Baron, Rabban, and Piter are all super interesting and have more to offer. Given what we saw in the final cut, it seems like Villeneuve leaned more toward “mysteriously menacing” than giving them more run time to add depth. Hopefully, that’s amended in the forthcoming sequel.

Without giving too much away, there is a lot to draw from the relationship between Baron Harkonnen and the House of Atreides. In the final cut, Villeneuve and co. did a great job summing up a lot of information with few words, but I think there’d be no harm in taking a bit more time unraveling the complexities between the two warring Houses.

In an interview with Looper, David Dastmalchian (Piter de Vries, mentat to the Baron Harkonnen) got a bit more specific when he spoke about a scene he’d filmed involving Piter torturing someone; it’s always fun to see a Harkonnen be evil. He also mentioned a scene with Steven McKinley Henderson’s Thufir Hawat, mentat to Duke Leto, that could’ve been cool to see.

The mentats are hardly touched upon in the new film at all, to the point where they might not even use the term, but seeing Thufir and Piter face off in a game of mentat chess would’ve been quite the sight to see. Mentats are basically human computers, and when you have two of them directly opposed to each other like this, they begin to try and out-compute each other. While Dune: Part 1 didn’t seem very interested in delving into any of that, hopefully, we’ll see some of it explored in the sequel.

There’s not much else known about any specific lost Harkonnen scenes in the film, but with the likes of Dave Bautista and Stellan Skarsgard, I’m dying for any more of them that I can get.

Easily the most interesting development I discovered while looking into the lost scenes of Dune: Part 1 was the character Lieutenant Lanville, played by Roger Yuan. Roger Yuan worked as Fight Coordinator and starred in the film, before being cut down entirely to a “background extra” level role. Looking at his IMDb, he’s been incredibly busy the past 20+ years, so it’d be odd to include him for merely a background cameo… unless he was meant for a bigger part to play.

In an interview with Kung-Fu Kingdom, Yuan had this to say.

“Denis [Villeneuve] wanted me to play a part in the film, because if the first one does well–which we hope it will–and we complete the book, then I’ll come back as a character called Lieutenant Lanville. I have a battle to the death with Feyd-Rautha, which is in the book.” 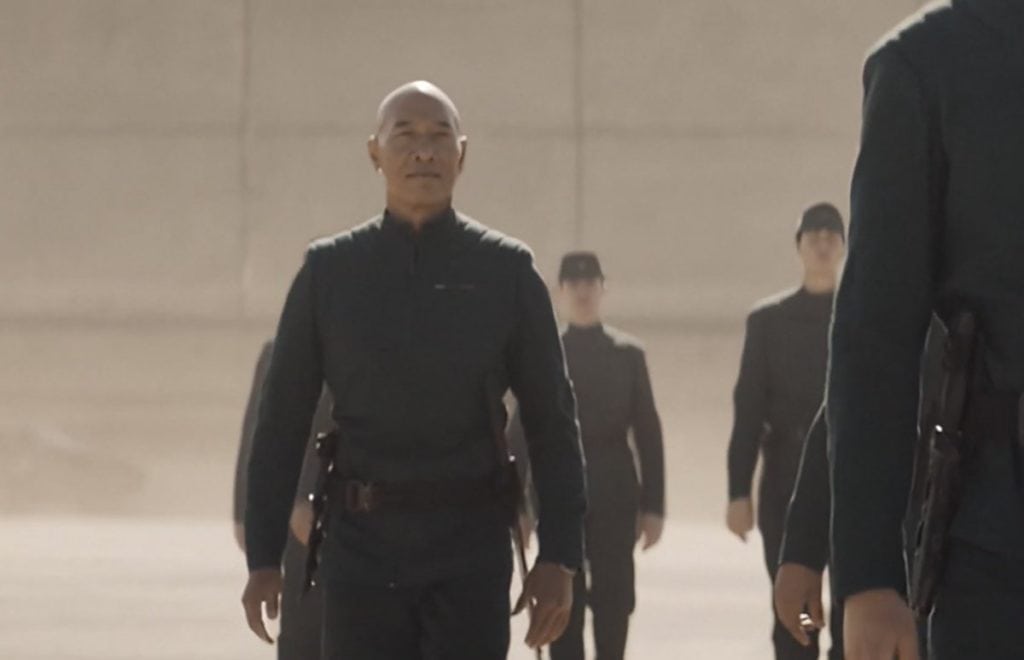 Yuan is referencing a sequence near the end of the book’s second part, which I’d imagine will probably serve as Feyd-Rautha’s introduction in the next film. What’s interesting though, is that in the current cut of Dune: Part 1, Yuan was last seen on Arrakis; meaning there may be an entire sequence leading to Yuan’s capture that was either lost to the void or is being saved for Dune: Part 2.

Between giving minor characters more time and introducing someone entirely new, there are a lot of lost gems deleted from the final cut of Dune: Part 1. However, with Dune: Part 2 confirmed to be on the way, hopefully, we can see some lost scenes and concepts repurposed in the upcoming sequel.

Dune: Part 1 is available in theaters and on HBO Max. Dune: Part 2 is expected to begin filming in the Fall of 2022.