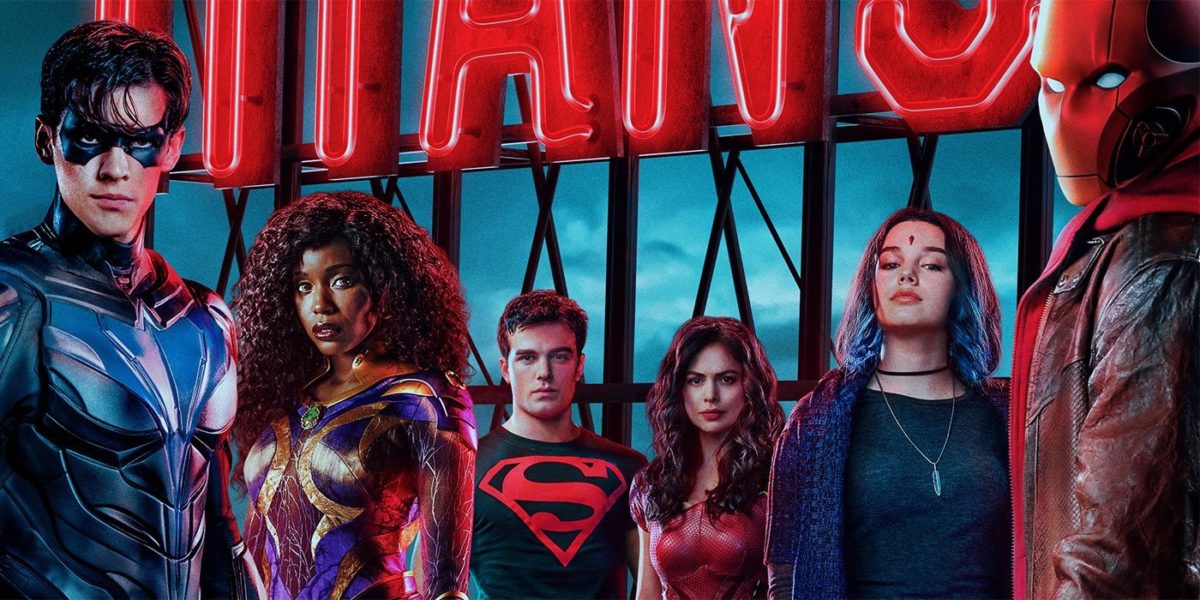 To describe my experience watching the freshman and sophomore seasons of Titans, I’d probably use the term “hate-watch.” I binged the show for a couple of weeks after getting HBO Max earlier this year, and I enjoyed sitting in my bed and tearing it apart for a couple of days straight. So, I am not what you’d call a “fan” of the last two seasons of Titans. However, having now seen the first 3 episodes of Titans season three, I can say that I enjoyed the show more than in past. So that’s an improvement at least.

The first season was so incredibly grim and drab, but worst of all it was SO BORING. It spent most of the time not sure what it wanted to be and spent the rest of the time breaking up the team that we’re supposed to see work together. Season one of the show might be the worst season of television that I’ve ever watched.

Season two of the show is a whole other monster. I think they agreed that season one was boring, and spent all of season two overcorrecting. Season 2 introduces way too many characters and introduces way too many storylines and character beats. They also went out of their way to introduce some weird backstory that the Titans were an old team who had a tragedy occur and that they have some huge history with Deathstroke. I just didn’t buy into any of it and it felt so unnatural.

I can say confidently that the first 3 episodes of season three are an incredible step up from the trends of the last two seasons. They are far more focused even to the point that they have sidelined a few characters for the betterment of the story. They’ve just made smart decision after smart decision.

WARNING – Spoilers for the first 3 episodes of Titans season three below!

For those of you who don’t know, season three is focusing on Jason Todd aka Red Hood (Curran Walters) as the villain of the first few episodes. I’d be willing to say that 90% of the audience watching Titans already knows the twist for “who is the Red Hood?” And watching those first two episodes, I started to get worried that they were going to rely on that mystery to play into the suspense. But thank God, because those brilliant(-ish) writers made the great decision to get that reveal out of the way right at the end of episode 2.

They instead wanted to focus on the emotions. How does what Jason went through affect him? How will what Jason is doing affect the Titans? And in the final minutes of episode 3, they committed to the emotions and made a HUGE move for the show. I won’t hold you in suspense and cut right to the chase: they killed Hank (Alan Ritchson).

In the final minutes of episode 3, they decided to have Dove (Minka Kelly) be responsible for the death of her love. I remember sitting there on my bed watching the show and thinking “if they do this I will have to give them props purely for bravery.” And I have to give them props. Not only have they killed what I would consider their most interesting and fun character, but they did so in a way that sets up the rest of the season for some really interesting dynamics. How will it affect Dove? How will it affect the team? I can’t wait to see it.

However, I’ll have to admit that I am a bit worried about the rest of the season. I think the BEST part of the episodes so far is that they’ve cut down the cast. The main cast as of now is Dick, Kory, Conner (and Krypto), Gar, Dove, and Jason. These are all characters that have been already introduced with already established dynamics and work off of each other well. It’s almost like “keeping it in the family.” The character work comes easy because there aren’t a lot of things you need to introduce.

But, we already know, according to posters, that the rest of the season will see the reintroduction of Rachel and Donna (thought she was dead). Not to mention, they will also be introducing Blackfire as a villain later on. Just thinking about it I can already feel the characters and content overflowing at the brim. Those small character moments with Conner and Gar that I love are going to have to leave to make room for another character. Or bits with the team just talking to Krypto, aren’t going to be as available. Things are going to have to be sacrificed to make more room, and based on their past work, I already know they aren’t qualified to handle something that big.

Right now, the show feels rewarding, and I want to be excited for the future of the show. But, knowing what’s coming, I’m going to temper my expectations. It’s probably only going to get worse from here.