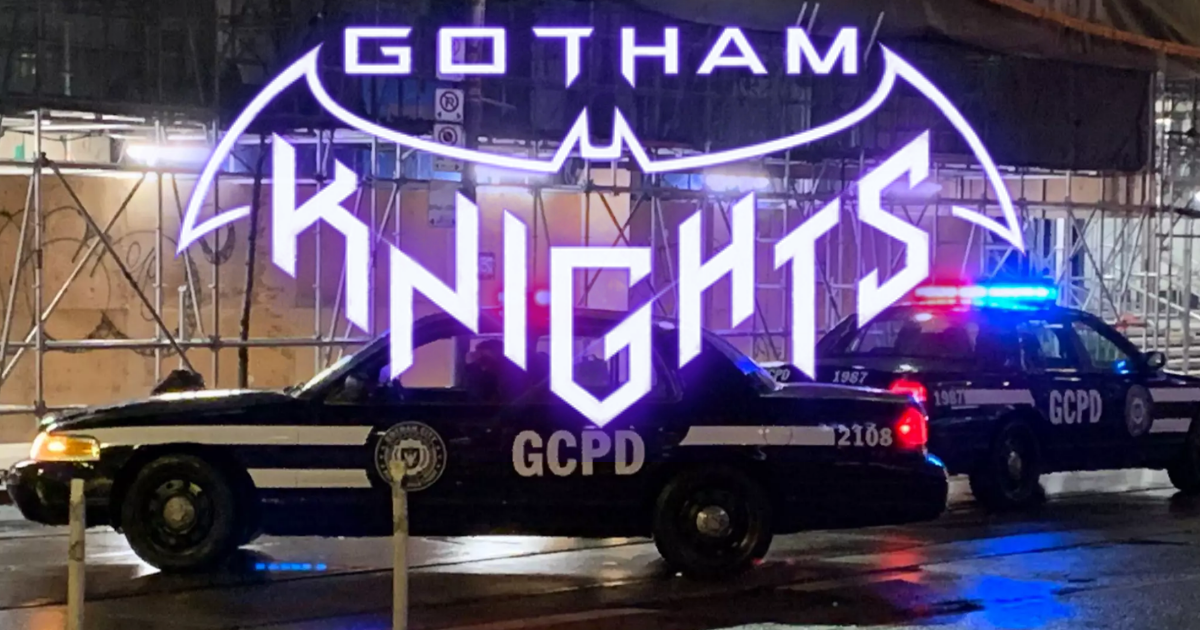 Production for the CW’s latest DC TV show, Gotham Knights, has started in Toronto. This will be a stand-alone show from the CW’s Arrowverse. They are currently filming at the University of Toronto and there have already been some leaks from the set in the last few days. A Tiktok posted on the 16th of the Gotham Knights base camp showing trailers has one for Bruce Wayne, Cullen Row, and a few of the crew members.

According to an article from The Hollywood Reporter, the show takes place after Bruce Wayne’s murder and Gotham is still reeling from the loss. Bruce’s rebellious adopted son Turner Hayes (who was adopted by Bruce after the murder of Turner’s biological parents) will be the main character. Turner teams up with the children of Batman’s villains who are all framed for the murder of Batman.

So far, the cast consists of Oscar Morgan who will play Turner Hayes, a new character created for the show. Olivia Rose Keegan will play Duela Dent, Joker’s daughter. Navia Robinson will play Carrie Kelly, who was Robin at one time in the comics. CW alum Misha Collins will be playing district attorney Harvey Dent, who is described as “dashing, with swagger.”

Most recently they have added Anna Lore to play Stephanie Brown, aka Spoiler, to the show. And Fallon Smythe as Harper Row/Blue Bird and her brother Cullen Row played by Tyler DiChiara.

So far, there has been no word on who is playing Bruce Wayne but this new TikTok shows that Bruce has been cast and the actor playing him is so far being kept a secret.

Before the TikTok was posted I was under the impression that Bruce would not be making an appearance in the show since the pilot includes his funeral. CBR.com reported about a tweet that was posted on the 15th of Bruce’s headstone in Hamilton Cemetery. Under the tweet is a reply with an image that seems to be the funeral scene in black & white.

Suffice to say, we could be seeing Bruce Wayne before his death or in flashbacks throughout the show. If it is flashbacks, I’m hoping they are with Turner so we can learn more about his past and his relationship with Bruce.

At first, I was not very interested in Gotham Knights but with these new set leaks the more I learn about the show my interest has peaked. Even though other Bat-family members haven’t been announced Bruce being involved is an immediate attention grabber for me.

As well as the inclusion of Stephanie Brown. Stephanie has never had a live-action appearance before and has only recently been in seasons 3 & 4 of Young Justice. Even in the animated show, she doesn’t have many lines so I’m hoping that fans that don’t read the comics will quickly become invested in her once the show premiers.

With so many versions of Batman across DC TV and movies, anyone could be playing him. If I had to guess who is playing Bruce I’d say Jensen Ackles. He has a history with the character since he voiced Jason Todd in Batman: Under the Red Hood and voiced Batman himself in the two-part animated special Batman the Long Halloween. Ackles also has a history with the CW and Collins who were both in Supernatural and he will be narrating the upcoming Supernatural prequel show.

Who do you think is playing Bruce Wayne? Are you excited about Gotham Knights? Let us know in the comments or on Twitter @mycosmiccircus!