When Marvel Studios president Kevin Feige announced Thunderbolts at San Diego Comic-Con in July it instantly became my most anticipated Phase 5 film. I know the team lineup isn’t what many fans wanted. Yes, it’s dumb that everyone has similar abilities – but I love it!

Marvel’s big villain problem exists because their antagonists are underdeveloped and brushed aside too often, whether they’re killed off or their storylines are abruptly dropped (looking at you, Ghost). Thunderbolts has the opportunity to reinvent some of Marvel’s most wasted characters, but what excites me the most is the possibility of Thunderbolts acting as a direct sequel to Black Widow. So let’s dive into a Thunderbolts team breakdown!

In defense of Black Widow

I firmly believe that Black Widow is a top-tier Marvel Studios film. It was let down by several factors out of its control, such as only being greenlit after Natasha Romanoff’s MCU story came to an end. The COVID-19 pandemic torpedoed its release, frustrating fans who had been waiting for a Black Widow movie since her debut in Iron Man 2. And in the end, the long-awaited release itself was immediately overshadowed by star Scarlett Johansson suing Disney over her salary.

Despite the drama surrounding its release and our excitement being dampened over the course of the previous year, I walked out of Black Widow satisfied and happy that it was finally made. That’s a lot more than I can say for other recent Marvel movies.

Out of everything in Phase 4, I think Black Widow, Shang-Chi and the Legend of the Ten Rings, and Spider-Man: No Way Home are the only projects that felt complete and truly satisfying. Every other film and Disney+ series feels unfinished, rushed, or sloppy in some way (yes, even WandaVision, which is still my favorite MCU project).

The character dynamics in Black Widow really shine and Natasha Romanoff’s time in the spotlight was long overdue. Scarlett Johansson’s performance was perfect and I loved the introduction of Florence Pugh’s Yelena Belova, not to mention the family drama with David Harbour’s Red Guardian and Rachel Weisz’s Melina.

Although I always expected a Black Widow movie to cover her origin and defection to S.H.I.E.L.D., I liked how the movie filled in more of the gap between Captain America: Civil War and Infinity War. I thought the Taskmaster twist worked perfectly for the film even if it was completely inaccurate to the comics’ character, and the end of the film set up some interesting threads for Yelena to follow.

Since before Black Widow’s release, I assumed we would get a sequel and eventual trilogy with Yelena taking over as the lead. Marvel Studios tends to make franchises out of all their solo films, usually going the trilogy route.

At the moment, the only origin movies without a confirmed sequel are The Incredible Hulk and Eternals. However, there are rumors about getting a World War Hulk film down the road, and Eternals already promised the return of those heroes.

While Thunderbolts is not officially a Black Widow sequel, I think the concept art alone heavily hints it might as well be. The most obvious evidence is the number of Black Widow characters on the team. We’ve got four out of seven returning from the original film, counting Val (although I expect her to play more of a Nick Fury-type role).

Bucky (Sebastian Stan), U.S. Agent (Wyatt Russell), and Ghost (Hannah John-Kamen) weren’t in Black Widow, but they’re all characters that operate on the same level as the Widows.

Ghost might have the most untapped potential of any character on the team. She’s the only member with abilities beyond super strength and shield-throwing and her past makes her one of the most interesting MCU antagonists.

Ghost has a very sympathetic backstory but Ant-Man and the Wasp didn’t do much with her character and she’s been completely absent since. I’m pretty excited to see how she’ll get along with Val given the blood-soaked past S.H.I.E.L.D. left her with.

Sebastian Stan’s Bucky only shared a few onscreen interactions with Natasha despite their close relationships with Steve Rogers, but I expect him and Yelena to form a Natasha/Steve-style relationship based on the concept art for Thunderbolts.

John Walker knows Bucky from their experiences in The Falcon and the Winter Soldier, making him a perfect fit on this team. There are arguably too many super-soldiers or simply well-trained assassins on this Thunderbolts team, but I think Walker will provide some levity and seriousness at the same time. I can see him sharing great scenes with David Harbour’s Red Guardian as they bicker about Captain America.

It is almost guaranteed that Red Guardian will be hilarious in this movie. I think Yelena leading a team of morally grey heroes with her dad right behind her the whole time will bring light-hearted but deeply emotional moments into the story, just as their relationship did in Black Widow.

I think he’ll get along well with all of the characters on the team, especially Bucky and U.S. Agent. I really hope Melina returns as well since she balances him out a bit.

I wrote an article speculating on Taskmaster’s future in the MCU after Black Widow was released last summer, and I’m thrilled to see her on this team. While a lot of comic fans were angry at the changes to the character, I think she’s in a perfect place to be reimagined in a more comic-accurate way.

Black Widow’s story meant that Antonia wasn’t a developed character –  but with Dreykov dead, his daughter is free to become the copycat mercenary comic readers know and love. Antonia (played by Olga Kurylenko) is a blank slate that can be taken in a number of different directions, and I’m very excited to see how she fits into the Thunderbolts film.

Thunderbolts team breakdown: What about other villains?

This Thunderbolts team lineup was the subject of many jokes after the D23 concept art reveal. Three team members are super-soldiers, four of them are trained assassins, three of them fight with a shield, and only one of them has actual powers… Even as someone who likes this team, it’s clear there’s not much variety.

I think it works because of the characters’ personalities, but I sympathize with people who wanted Zemo, Abomination, Justin Hammer, or even Hawkeye on the team.

I do think some more variety would make the team more interesting, but I personally expect to see Daniel Brühl’s Baron Zemo show up here either way. I think he’ll be the main villain of the movie, working against Val because he’s ideologically opposed to her recruitment of super-soldiers.

Since Zemo is strongly against the idealization of superheroes, a team of super-powered individuals seeking public redemption could really get on his nerves.

I think Val will play a Nick Fury-type role as the team leader working for a mysterious person or organization. An interesting rivalry could be set up between her and Zemo as they scheme from the shadows, but I don’t think she’ll be standing alongside her soldiers in the field as the concept art suggests.

Val is one character I wish was more present throughout Phase 4 since it feels like she’s been poorly threaded up to this point. Julia Louis-Dreyfus definitely should’ve popped up in a Hawkeye end-credits scene after Yelena failed to kill Clint, but hopefully, we see her a few more times before Thunderbolts.

Speaking of Hawkeye, while I didn’t love the idea of Clint on a Thunderbolts team, I think it actually would’ve worked pretty well. He’s a character that could do with some redemption and he’s a more natural fit on the team than someone like Bucky.

Bucky is honestly the one person I couldn’t care less about in this movie. I like him well enough, but there’s absolutely no reason for him to join a team of people way “worse” than him. All of the Thunderbolts have done bad things and are looking to chart a better path for the future, so arguably the Winter Soldier does fit in with them.

But Bucky’s been on his path of redemption for about 6 years now in the MCU, 8 if you want to start counting from Captain America: The Winter Soldier. He made great strides in The Falcon and the Winter Soldier and I just don’t think he needs the kind of rehabilitation the other Thunderbolts do.

Bucky could be the team’s moral compass, but that seems like a lot to put on someone who’s still figuring himself out. I really don’t see a good reason for his inclusion on this team even if he’ll have a great dynamic with the other characters. I’d rather have him in Captain America: New World Order than lead a team of former villains with Yelena.

Finally, we arrive at the question on everyone’s mind: what about Red Hulk? Thaddeus Ross actor William Hurt passed away earlier this year, leaving the Thunderbolts without their namesake and presumptive leader. Red Hulk’s debut has been considered for years, with possible appearances in Civil War and Avengers: Endgame scrapped early on, and Ross’s transformation is something fans have been eagerly awaiting. Now, we’re getting a Thunderbolts movie that’s seemingly lacking the “Thunderbolt” himself.

Since he wasn’t in the concept art, I assumed Val (who I’ve long thought is his right-hand woman) would form the team based on a plan Ross made before his in-universe death. However, if new rumors are any indication, Marvel might actually be looking to recast the role.

Harrison Ford is one big name in the rumored mix, but it’s unclear if he’s taking the role or even if Thunderbolt Ross will be in the film. I’d be fine if Ross didn’t return, but after so many years of what I thought was Red Hulk buildup, it would be nice to see another actor become the monster.

With all that said, I’m super excited for Thunderbolts and I can’t wait to see how this movie ties into the MCU’s grand plan. Keep an eye out for my Captain America, Thunderbolts, and Armor Wars crossover theory coming soon!

Black Widow is currently streaming on Disney+. Which characters are you most excited to see again? Comment below or on Twitter @MyCosmicCircus! And if you haven’t already, check out my Taskmaster predictions here.

Taskmaster’s Evolution in Black Widow and Beyond 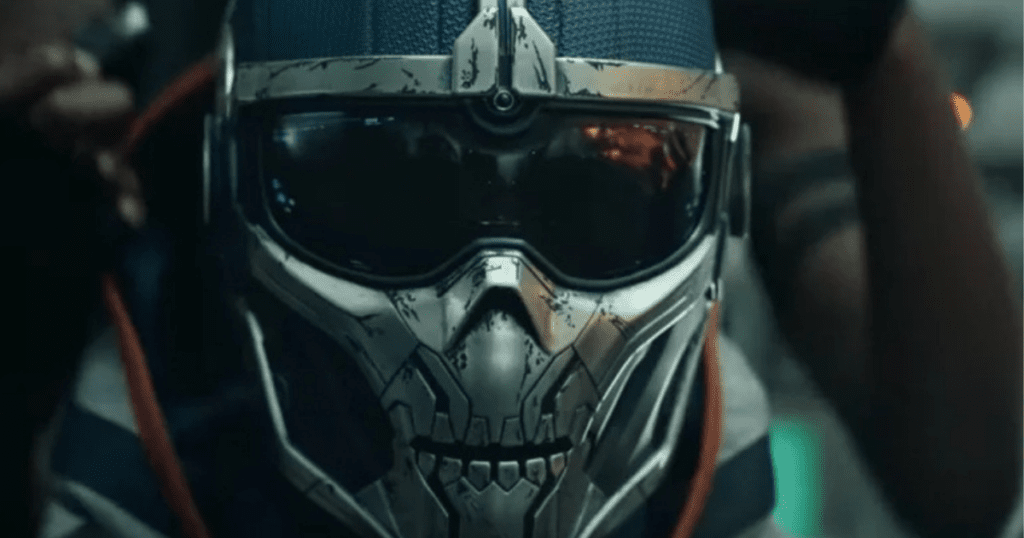