Thoughts on Characterization in ‘The Batman’ 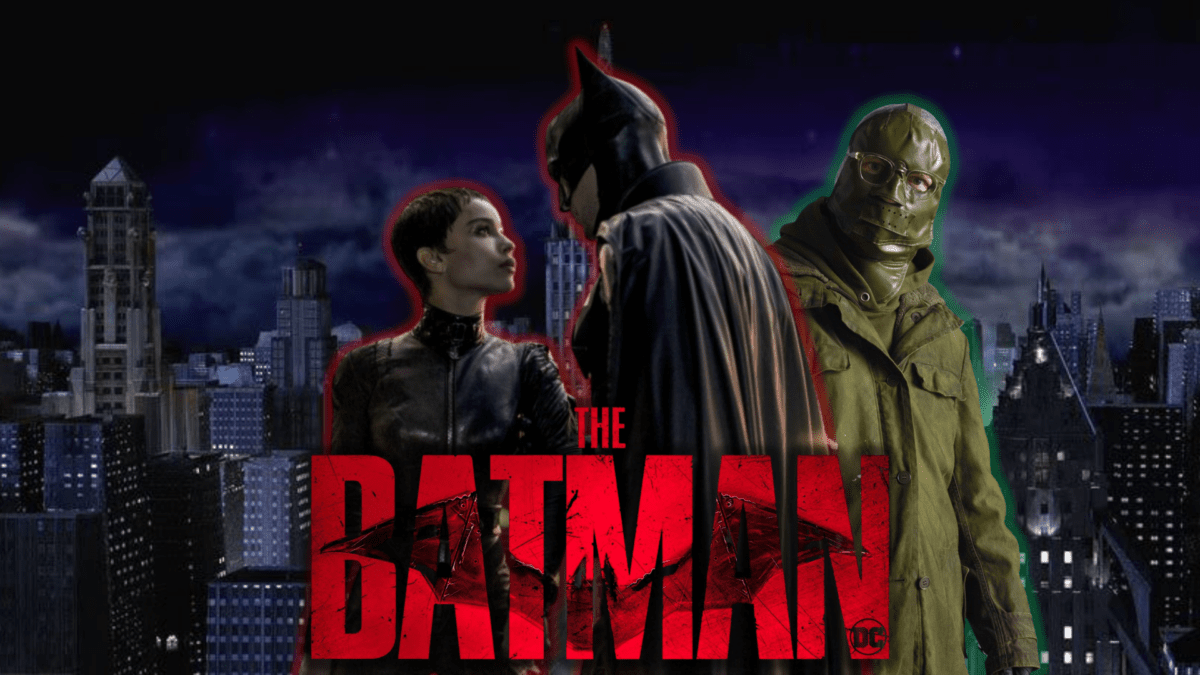 Thoughts on Characterization in ‘The Batman’

The exploration of Batman as an icon is one of the most compelling elements of Matt Reeves‘ The Batman. The narrative mystery is so hefty and takes up such a large portion of the 3-hour runtime that the characterization in The Batman does take a bit of a back seat, but it’s really all Reeves and co-writer Peter Craig needed to make it work.

[Warning: Spoilers below for The Batman.]

From the beginning of the film, Robert Pattinson’s Batman declares himself “vengeance,” as if he’s the payback for the crime and filth that created him. The way that he just manifests out of darkness and his steps echo throughout the film creates a sense of mythology and legend, you really start to understand why the criminals of Gotham fear him. It also makes for a wonderfully crafted introduction to the character at the top of the film.

But Batman’s journey in the film is driven by the action of Paul Dano’s Riddler, as he attempts to expose all of Gotham’s dirty laundry – one “arm of justice” at a time. The Riddler violently, meticulously, and very publicly takes down the Mayor, the Gotham PD Commissioner, and the DA before turning his focus to Bruce Wayne in lieu of his father Thomas’ crimes. The Riddler constantly goes out of his way to pull public figures down off their pedestals to prove they’re nothing better than the criminals they fight against. That sentiment is brought right to the Batman, as well.

But that’s only half of the story. The rest of the film tackles the intricacies of the Gotham mob and the political corruption at their hand – all through the lens of Zoe Kravitz‘s Selina Kyle. In one of the best and most compelling choices, the journey of Selina is a twisted reflection of Bruce’s journey.

Both people lost their loved ones to Gotham’s criminal element and are on the hunt for repayment. It gives Selina and Batman an even stronger connection and makes moments where Batman intervenes on Selina’s plans even more poignant and powerful; especially paired with lines like “you’ve paid enough. You don’t have to pay with your life.” He’s not only saving Selina from her own anger but reassuring himself that there’s a line he cannot cross. It’s a wonderful moment that makes the bond between the characters stronger.

Just before the final act, Batman tells Gordon that he believes Batman is Riddler’s final target. While the way that he attacks Batman is not nearly as forward as the rest of the target’s deaths, he is targeted nonetheless. As I said, Batman is referred to as “Vengeance” multiple times throughout the story. For a lot of the story, his actions are driven by the anger of himself or others around him. With just two words in the final moments of the film, Riddler turns Batman’s perception of himself upside down.

In the midst of the final confrontation with Batman and Riddler’s thugs, one of them declares “I’m vengeance,” just as Batman did previously. Those two words reframe the rest of the movie in an incredible way. Batman and Riddler really are one and the same: both forces attempting to violently reclaim what they believe Gotham owes them. Again, a moment that bonds the two characters together than ever before. And it really presents a defining moment in Batman’s career as a hero. No longer a weapon of vengeance.

He’s now a beacon for hope and inspiration. Just moments after hearing the harrowing words from Riddler’s men, he dives down into the flood to help the mayor and the other victims under the rubble. While not so subtle, it’s still a fantastic moment that shows how he’s grown. No longer as concerned with striking fear in the hearts of villains and criminals, but rather instilling hope into the lives of the people that need it most.

The Batman truly is a work of art, and the treatment of the icon that is Batman is one of the standout parts. Pitting Batman against characters like Riddler and Catwoman who reflect his journey is perfect, and it forces him to face the reality of who he is and who he should be. It brings everything together and tightens up the narrative a lot. Once again, The Batman impresses.

You can check out our spoiler-free and spoiler-filled review of The Batman from right here at the Cosmic Circus. What did you think of The Batman’s approach to characterization? Let us know in the comments and on social media!