‘Thor: Love and Thunder’ Store Poster Gives Us a NEW Look at Jane’s Mighty Thor and Others 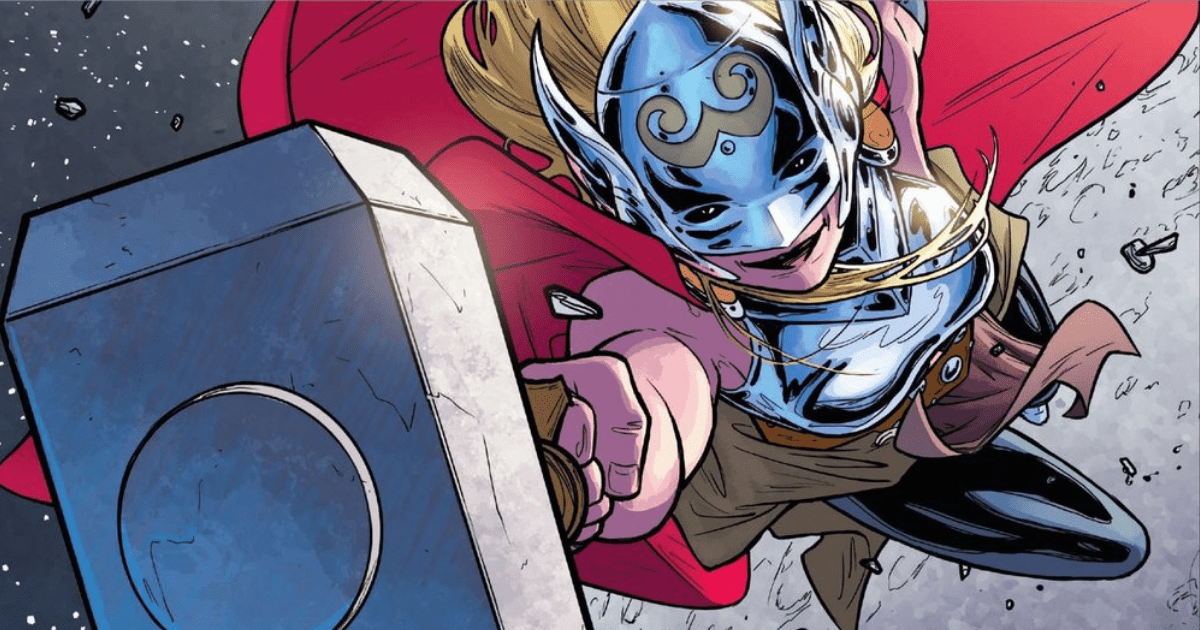 ‘Thor: Love and Thunder’ Store Poster Gives Us a NEW Look at Jane’s Mighty Thor and Others

Edit 12/11/2021: Director Taika Waititi has taken to Twitter to clarify this is not an official poster for Thor: Love and Thunder. However, it seems like he approves of it for other reasons, you can read his tweet here. In any case, it’s still a pretty cool look at what we have to look forward to in the film.

As we’re nearing the end of 2021, movie studios around the world are gearing up promotional material for next year’s films. Marvel Studios has many films and shows arriving in 2022 and today we got an exciting new look at a Thor: Love and Thunder poster! However, this amazing poster arrived not by the usual, approved channels. Check out the poster below!

Posted on Instagram, the poster seems to be promotional material from Jacobs Toys, a toy store, and not released straight from Marvel Studios. Therefore some salt should be included in the digestion of this poster until confirmed by someone from Marvel Studios. However, fans finally get to see hints of what is coming in Taika Waititi’s second outing with Chris Hemsworth’s God of Thunder. In the poster, we see Hemsworth as Thor in an updated version of his usual armor, though with more stunning colors mixed in. The gold accents on Thor’s new armor look stunning against the traditional red and blue/steel colors from previous Thor costumes. It’s interesting to note as well a white glow eclipsing Hemsworth’s eyes, similar to the way he channeled lightning at the end of Thor: Ragnarok. Perhaps he will once again use his lightning without the need for Stormbreaker.

We also glimpse him in the corner in an ’80s inspired rocker look, with arms that are just as impressive as Stormbreaker. The reason for the 80’s rock God look is unknown, however previous behind-the-scenes photos showed Thor wearing it alongside Chris Pratt’s Starlord. Perhaps’s Starlords love for Rock and Roll and music from decades past has a huge influence to where Thor begins when Thor: Love and Thunder opens. However, I don’t see anyone complaining about more of Hemsworth’s arms swinging Stormbreaker.

We get a great look at Natalie Portman’s Jane Foster/Mighty Thor in her Goddess of Thunder armor, the one character I have been the most excited to see in this film. My first reaction was pure excitement at the helmet and costume that looks ripped straight from the pages of the comic. Her costume appears to be closer to the one we’ve seen Thor wear in many of his Marvel outings, with less vibrant blues and gold that Hemsworth is now rocking. The helmet itself is incredibly impressive-looking, with beautiful details that I can’t wait to see on film.

As well, we see Portman holding Mjolnir, however, the hammer is shown to have cracks all over, indicating that it is the same one from Thor: Ragnarok. How it comes back together remains to be seen. Electricity appears to be leaking out from the cracks, giving it a crazy cool look that I wasn’t expecting.

Other Impressions of Thor: Love and Thunder

We also get a look at Thor’s mystical goats, Toothgnasher and Toothgrinder. While we knew these two creatures were joining the film due to some behind-the-scenes pictures, seeing them in action pulling a ship with our heroes on board solidifies how epic this film is about to be. As well, there appears to be some form of a ship in the upper left-hand corner. However, no details of the ship help to discern to whom that ship may belong.

We also get looks at both Valkyrie (Tessa Thompson) and Korg (Waititi). Both have slightly updated looks and appear like they may have an integral part of the story of this film. The poster does not give us a look at our villain Gorr, played by Christian Bale.

I can already tell that we’re in for an epically wild and crazy ride when Thor Love & Thunder roars into theaters!