Theory on the True Identity of Sinister Strange 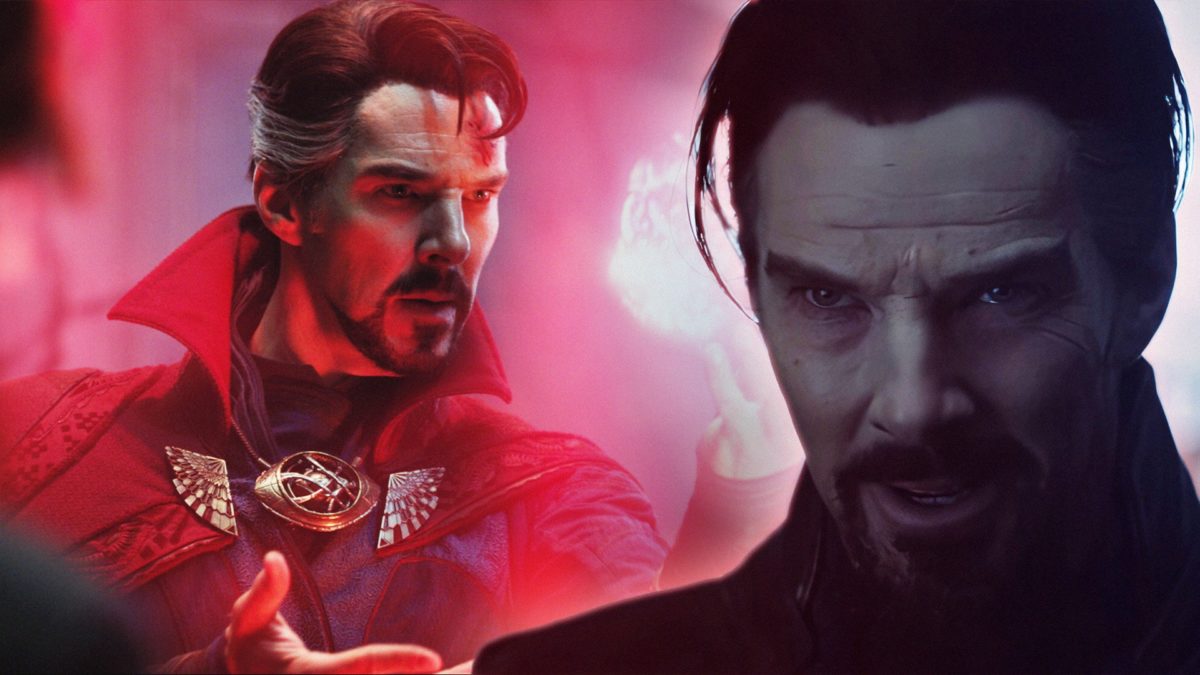 Theory on the True Identity of Sinister Strange

Earlier today, Marvel Studios released a brand new TV Spot for the upcoming film Doctor Strange in the Multiverse of Madness. In the spot, we hear Stephen Strange say he dreams the same dream every night, while Wanda Maximoff continues the lines by explaining how she wakes up every morning from the same nightmare.

The trailer (linked below) is riddled with visuals we’ve seen in the past, but some brand new shots offer us more clues about how some scenes play out. One of these shots is the resurgence of the Doctor Strange variant, Sinister Strange, growing what appears to be a third eye in the middle of his forehead. This encounter is set to be one of the critical moments in the film, with Strange coming face-to-face with this variant. But who exactly is he?

[Warning for spoiler talk below for Doctor Strange in The Multiverse of Madness.]

It’s been known for a while now that variants of many well-known MCU characters would make their debuts in this film. This includes Sinister Strange, Defender Strange, Defender Wong, Illuminati Strange, and the Wanda Maximoff of the Illuminati-Verse, among others that have yet to be revealed in the promotional material for the film. Today’s theory will touch upon the Sinister Strange variant and what kind of role he’ll play in this film.

The first point I want to discuss is his origin. In the second trailer released back in February, there are two shots of Strange with the Darkhold, analyzing them in the Sanctum Santorum. These scenes played one after the other, making us believe that the scenes are meant to go concurrently as one scene. However, when you freeze-frame it, you notice that this isn’t the case.

Notice how, on the shot to the left, Strange slams the Darkhold with chaos energy, and that the Sanctum window behind him is still intact. Meanwhile, in the shot to the right, Strange analyzes the Darkhold and its contents with the Sanctum window already broken. Also, if you examine the scene further, you’ll notice it’s the same room with the same basic structure, but the shot on the right looks older, with cobwebs and dust scattered across the room and more objects surrounding him than in the first shot.

My theory is that the shot on the left isn’t our current MCU Strange, but rather Sinister Strange’s origin. In this origin, Sinister Strange obtains his universe’s Darkhold, perhaps from either Wanda Maximoff or someone else, to fix or undo something that happened in his universe, but it ultimately backfires. Hence, it’s why we hear Strange utter the lines, “It was the only way… but I never meant for any of this to happen.”

Perhaps his destroyed reality was caused by him casting a spell using the Darkhold, which permanently altered it. As time passes, the book corrupts Strange, transforming him into the three-eyed bearing Sinister Strange we see in the trailers. But let’s dive even further into who this Strange variant truly is.

In the Marvel Cinematic Universe, the rules of traveling between universes parallel that of time travel. To put it simply, traveling in time = traveling to another universe. So, what if this is the case with Sinister Strange? What if Sinister Strange isn’t just any ordinary variant, but rather the MCU Stephen Strange from the future?

We’ll have to wait and see whether or not this theory pans out when Doctor Strange in the Multiverse of Madness, starring Benedict Cumberbatch and Elizabeth Olsen premieres in theaters on May 6th. In the meantime, take a look at the latest trailer below!