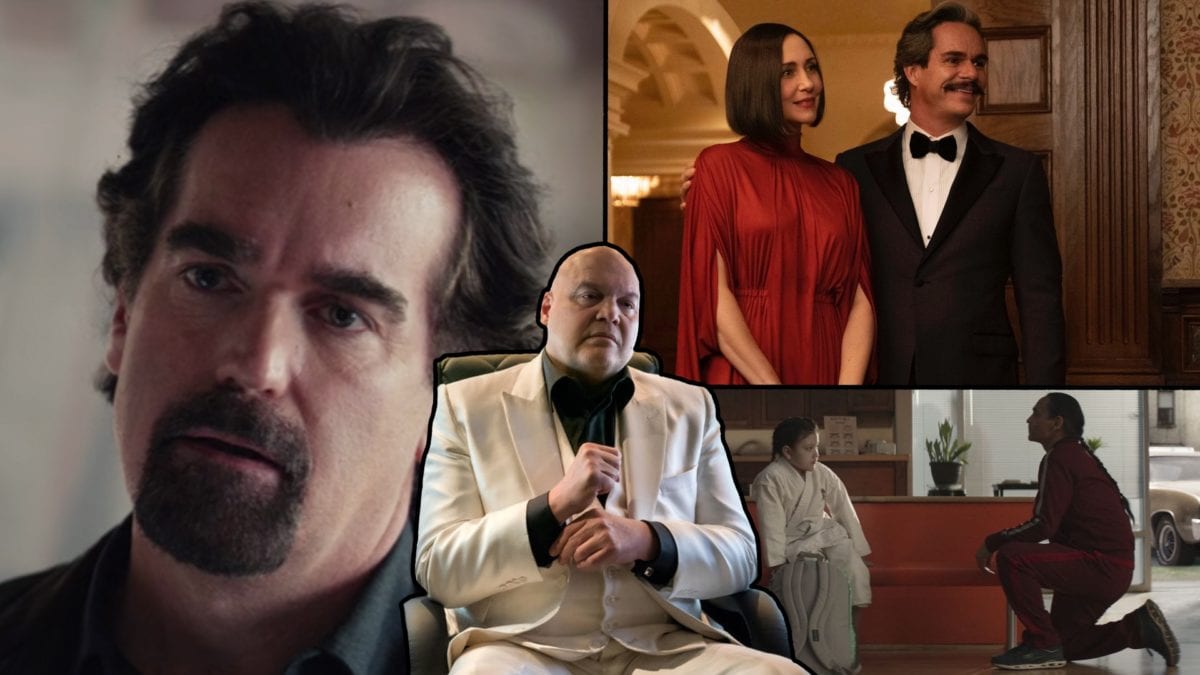 There’s something fishy (or should I say “Fisk-y”) brewing between the lines of the currently ongoing Hawkeye Disney Plus series. From the first sequence of the first episode, I was immediately led to assume that the death of Kate’s father, Derek, wasn’t quite as cut and dry as they wanted us to believe. But, there comes the question of “how” and “why?”

Spoilers for Hawkeye below.

If Derek (Brian d’Arcy James) didn’t die in the attack on New York as they’ve said, I’d immediately assume that Eleanor (Vera Farmiga) was responsible. After all, she was the last person to see Derek alive and the way that she hurried Kate out of the building made it seem like she already knew of Derek’s fate. There’s just too much mystery surrounding it, and as far as I’m concerned, if it wasn’t on screen it didn’t happen.

But as I waited, episode to episode, for the mystery of Derek Bishop’s death to be solved, a new mystery just stumbled across my screen: the untimely death of one William Lopez (Zahn McClarnon). From the very beginning of the sequence in episode 3, I thought the whole thing had a very dreamlike quality about it. The way that Ronin perfectly avoided being seen head-on by Maya (Alaqua Cox) and the way that Ronin just hopped right out of the window after killing William. It all felt very fake and staged, almost like some recurring nightmare.

But then the rest of the episode happened and now I think the exact opposite. The scene felt hazy like a sleep-deprived recollection with a touching moment between father and daughter elevated by the guilt of his death and dedication to vengeance. Maya has thrust herself into this life of crime following the death of her father to avenge him… but avenge him against who?

Well, there’s something weird with the timeline that might help us figure it out. When the episode opened, the first thing it said was “2007” giving us a nice little timeframe as to the year we were seeing young Maya talk to her father. But then, when we cut forward in the future, we don’t see another title card. It’s almost like they’re trying to hide what year the murder of William took place.

Well, there are a couple of things to take into account. While Kazi and Maya are talking, Kazi remarks to Maya “none of these idiots have learned ASL in the last 24 hours.” Kazi (Fra Fee) seems to imply that Maya has only been around these Tracksuits for the last day or so. Additionally, the clothes that Maya is wearing in the scene where she sees her father die are the same clothes she’s wearing in the modern-day. Do you see where I’m going with this?

I think that at some point during the present time of the show, someone with the Ronin persona killed Maya’s father, and I think that may have been Jack (Tony Dalton). Jack was shown to have an affinity for the Ronin-related objects and episode 3 cut to credits right before we could see how he and Clint (Jeremy Renner) react to each other. Maybe the two know each other, like in the comics, and Clint took the Ronin on as a sort of mantle, and Jack just wanted to take that mantle back.

But again, “why?” Why would Jack or anyone just go after William? Well, probably at the hands of Wilson Fisk, especially given his comic books history with Maya and her father. But there’s still the odd hanging thread with the death of Derek Bishop. So, imagining that everything else I have said here is correct, here’s what I think may have happened to Derek and what happened in the years following his death.

My theory is that Derek was always involved with Wilson Fisk and his criminal underworld, but at some point, Fisk crossed a line that Derek didn’t like. Then, the Bishops got into financial trouble and were scrambling to recover right when the attack on New York happened. I speculate further that Eleanor, desperate for money, killed Derek and blamed it on the attack. She then would have received loads of insurance money from his death. The next time Wilson reached out, Eleanor would have been right there to eagerly answer his call. Somewhere along the way, Wilson could have connected his favorite protégé with his favorite hitman, Jack Duquesne, and the two lived happily ever after… (well, up until the end of this series at least)

This whole show is like one big criminal spider-web with good ol’ Wilson Fisk sitting smack dab in the middle of it. I’m excited to watch it get untangled.