Theory: Thor’s Journey in and out of Retirement in ‘Thor: Love and Thunder’ 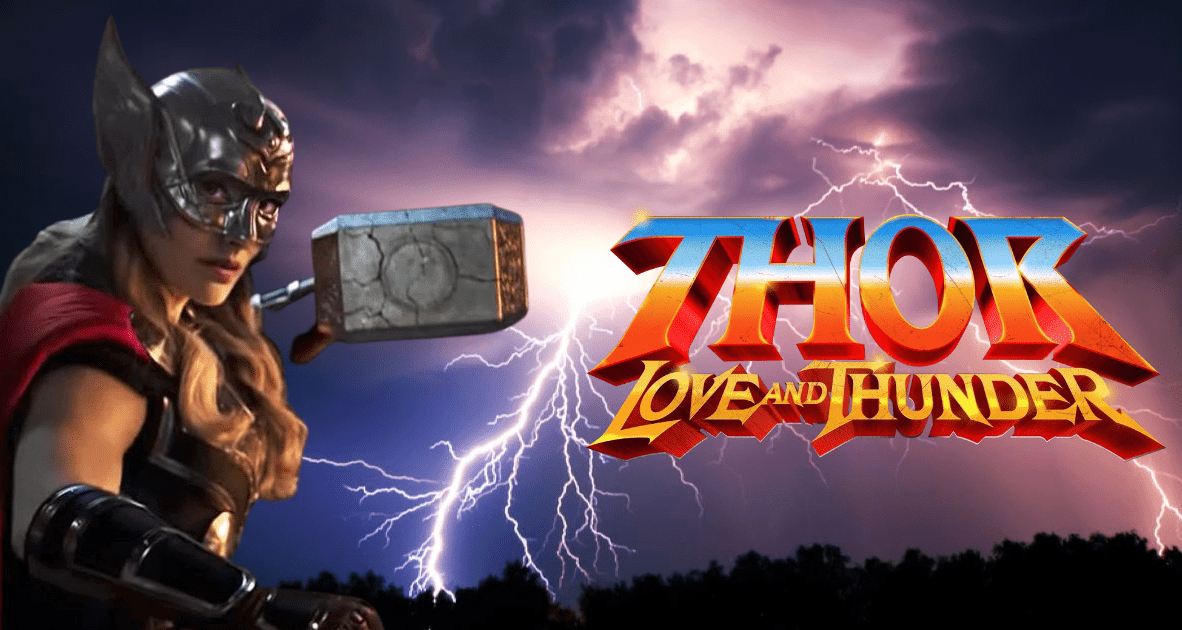 Theory: Thor’s Journey in and out of Retirement in ‘Thor: Love and Thunder’

After the incredibly long wait, the highly anticipated Thor: Love and Thunder teaser trailer finally dropped last week! With one of the smallest promotional windows for a Marvel Studios project, I was beyond excited to get a first look at the Taika Waititi-directed film and I wasn’t the only one.

In the first 24 hours, the trailer was seen a whopping 209 million times. Now that we have all had time to watch the trailer many times, it is time to discuss one of the most interesting takeaways from the teaser. What exactly is Thor’s journey throughout Thor: Love and Thunder?

Was it just me, or did a significant amount of the teaser feel like a swan song for Chris Hemsworth’s Thor? Different shots showed the God of Thunder during his time with the Guardians of the Galaxy. We see him training, losing the weight from Avengers: Endgame, and assuming a new rocker look ripped from the 80s. However during this montage, between the look on his face and the voice-over, Thor is no longer happy with his role in the galaxy.

So he begins his search for peace and enlightenment, which I believe occurs during his time among the Guardians, even perhaps prior to his Rock inspired look. The order of events seems unclear in the trailer. He buries Stormbreaker in the ground and begins meditating under a tree. The world is calm.

After all the tragedy in Thor’s life, it seems reasonable to want to step back from the heroics. Having lost both parents, his brother, Heimdall, and his home, the cost of being a hero becomes too high. With Thor’s strong desire to find peace and tranquility, it has to be something large to bring him out of his retirement? Well, I think two pieces of information help give us an idea of how it comes to be. One of which is in the trailer and the other is the villain of the film.

Thor’s journey out of retirement

If Thor enters into retirement, it would have to be something big to make him rethink his decision. I think this turn of events stems from the introduction of Gorr the God Butcher (Christian Bale) and the mission he is on.

While we don’t see Gorr in the trailer, we know from his comic book origin that his villainous goals are to kill all the gods in the Marvel lore. Marvel Studios changes aspects of characters for their film frequently, however from what little we’ve seen of Gorr through Toy leaks and such, his hatred of gods is staying the same.

Still, if Gorr is killing gods, why does Thor have to worry? All of his family has been killed. It doesn’t seem like there are many gods of Asgard left if any at all. Direct conflict with Gorr would force Thor to fight, however, it wouldn’t take him across the Universe to speak with the likes of Zeus, played by Russell Crowe.

Thor has also proven to be more motivated by his desire to protect others than to protect himself. All this to say, the return of Jane Foster (Natalie Portman) and her newly acquired powers might just be the reason Thor picks up Stormbreaker once again.

Thor has always gone out of his way to protect those he loves. How many times has he stuck his neck out for Loki (Tom Hiddleston) only to be betrayed moments later? The answer is too many times to count. Jane Foster also falls in that same boat. She may not be family, but she is the only person Thor has shown to have romantic feelings for. Exhibited in him bringing her to Asgard explicitly against his father’s wishes when she was infected by the Ether. He was also heartbroken at their breakup.

We know that Jane becomes the Mighty Thor and reconstitutes Mjolnir in this film, however, we don’t quite know how it happens. Although it seems very possible that the process takes an immense bit of power to do so, the kind of power may attract some attention – like the attention of Gorr who would want to take this new Thor down.

The desire to protect Jane would be the exact catalyst to launch Hemsworth’s Thor out of retirement. Of course, the Mighty Thor probably won’t need much protection with her new powers and reassembled Mjolnir, but Thor doesn’t know that yet. He still cares deeply for Jane and would want to do everything in his power to protect her.

But what do you think? Is there another reason that might drag Thor out of retirement? Or do you think Jane might be at the center of all of this? Let us know in the comments or find us over on Facebook, Twitter, or Instagram at @mycosmiccircus!

If you want more incredible Thor content check out our Thor page on The Cosmic Circus! From thorough The Might Thor Reading Guides from Vin to some reports from Alex Perez, and even an exclusive from EIC Lizzie Hill, we have it all for you and more!