Theory: Piecing Together the Shang-Chi Sequel 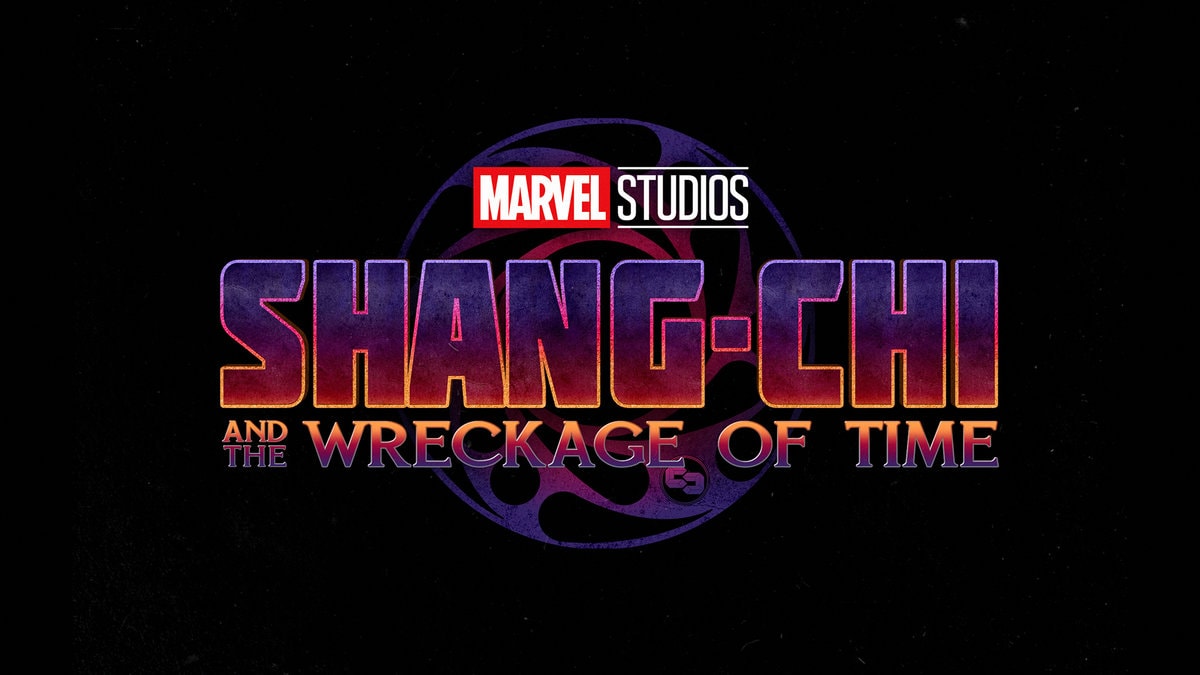 Theory: Piecing Together the Shang-Chi Sequel

Last year, Marvel introduced a brand new corner of the MCU with the premiere of “Shang-Chi and the Legend of the Ten Rings.” Starring Simu Liu, the film tells the story of Shang-Chi, a master of martial arts who confronts his past after he’s drawn back into the web of the mysterious Ten Rings organization. Aside from introducing new characters, The Legend of the Ten Rings further developed one of the first organizations in the Marvel franchise.

As the Multiverse Saga starts to unravel, many fans question where we could see Shang-Chi next. However, several key indicators could answer a few of the questions fans have. So let’s take a deep dive into the Sacred Timeline and try to piece together what might happen in the Shang-Chi sequel, and talk about the likely title of the film.

Shang-Chi and The Wreckage of Time

At the time of this publication, the Shang-Chi sequel does not have an officially confirmed subtitle. However, earlier this summer, Marvel trademarked several titles under their brand. While it is not confirmed which of these are titles for movies, comics, or other media, these trademarks had the same classification as other Marvel Studios projects in the past.

One of these trademarks was Shang-Chi and The Wreckage of Time. The intriguing subtitle seems to imply that Shang-Chi’s next solo outing will be a story much more significant in scale than its predecessor, making it one of the more critical projects in Phase 6, leading to the next Avengers events. But how can we be sure, and what does it imply?

One of the clues that could make this subtitle very plausible is the director. Destin Daniel Cretton, the director of the first Shang-Chi film, is also directing the film’s sequel. But what’s interesting is his future involvement in other MCU projects. Aside from working on the upcoming Wonder Man project, he’s also directing the next Avengers event, Avengers: The Kang Dynasty.

Destin Daniel Cretton directing in the next Avengers film could clarify just how important the next Shang-Chi adventure is. Whether it’s set before or after The Kang Dynasty, having Cretton on board could certainly imply that Shang-Chi will not only carry over as one of the more important characters in the upcoming Avengers film, but his solo project would also have to be one that could directly tie to the events of The Kang Dynasty.

By the end of the first film, our heroes, Shang-Chi and Katy, were brought to Kamar-Taj by the Sorceror Supreme, Wong. From there, alongside Captain Marvel and Bruce Banner, they analyzed the rings and their composition, determining that they were neither alien nor anything from Earth.

Wenwu, the Mandarin, is believed to have had these rings for about a thousand years. And yet, their thermoluminescence indicates that the rings are older than they appear to be by a lot. So, if they’re not from Earth, and they’re not alien, then there is one other possibility for the rings’ origins: The Multiverse.

Now you might be asking how exactly the rings could have a multiversal origin if they’re in Earth-616. And this is where I believe the premise of the Shang-Chi sequel could take us. One of the things I expect this film to focus on is the origin of the Ten Rings themselves. Not just the artifacts, but also the organization.

Remember that third episode of Ms. Marvel, where Aisha and her crew found the mysterious bangle inside a cave that suspiciously had the Ten Rings logo etched on the floor? Just how odd is it that the Ten Rings was in possession of not one but several artifacts of mystical power? Could be a coincidence? Certainly not.

The main goal of the Djinn in Ms. Marvel was to use the power of the bangle to open a gateway to the Noor Dimension. But according to “the man in the temple,” they needed two bangles in order to achieve that. However… there’s something suspicious going on with the claim from the man in the temple. More on him later, though.

One bangle was enough to not only open what seemed to be a gateway into the Noor Dimension but also send Kamala back in time to the night of Aisha’s death in 1947. Kamala was essentially able to travel through the very fabric of time and space without the need for the Quantum Realm to do so.

If one bangle is enough to create a rift in time and space, what if, by using both bangles, their effect is something far worse? What if the bangles were capable of causing an incursion between universes? And this is where the nefarious intention of these artifacts seems to come into play. Which begs the question, who made them?

The Man in the Temple

Here’s what it all boils down to. I propose that for Shang-Chi and the Wreckage of Time, Shang-Chi and his allies will try to find out more about the origin of the Ten Rings artifact, only to find themselves taking on an adventure bigger than ever before. This could potentially bring Shang-Chi face to face with none other than Kang the Conqueror or, at the very least, one of his variants.

The reasoning behind Kang potentially appearing in this film, or at the very least being the larger villain pulling the strings, is due to the very nature of the Ten Rings’ artifacts. The Rings themselves have the ability to grant the wearer not only superhuman abilities but also longevity of life.

We know Kang’s main goal is to start another multiversal war by any means necessary to conquer the Multiverse. In order for him to do that, an incursion must occur between two universes or more so he can obtain what he wants. It is likely that he has tried this before with several items.

One of these could be the use of the bangles. Now that we know both bangles will make an appearance in the upcoming The Marvels film, it’s likely we’ll see the consequences of using both of these artifacts together. This is why I suspect that Kang may very well have been the unseen “Man in the Temple” from Ms. Marvel.

As for the rings themselves, we know that they act as a beacon of some kind. But to who or to what is it calling? From what we know, Kang currently resides in the Quantum Realm. It could be that if Kang designed the rings and is currently trapped in the Quantum Realm, upon Shang-Chi using the rings, the inner beacon is activated, alerting Kang of their use and, along with it, a way to emerge from the Quantum Realm into our world.

But at this point, it’s just a theory. What do you think? Will Shang-Chi come face to face with Kang the Conqueror in his sequel? Do you think Kang is the creator of the Ten Rings or someone else? What do you think of the sequel’s likely title – Shang-Chi and the Wreckage of Time? Let us know on our Discord or Twitter @mycosmiccircus!

Also, be sure to freshen up on the concept of an Incursion with our article below! 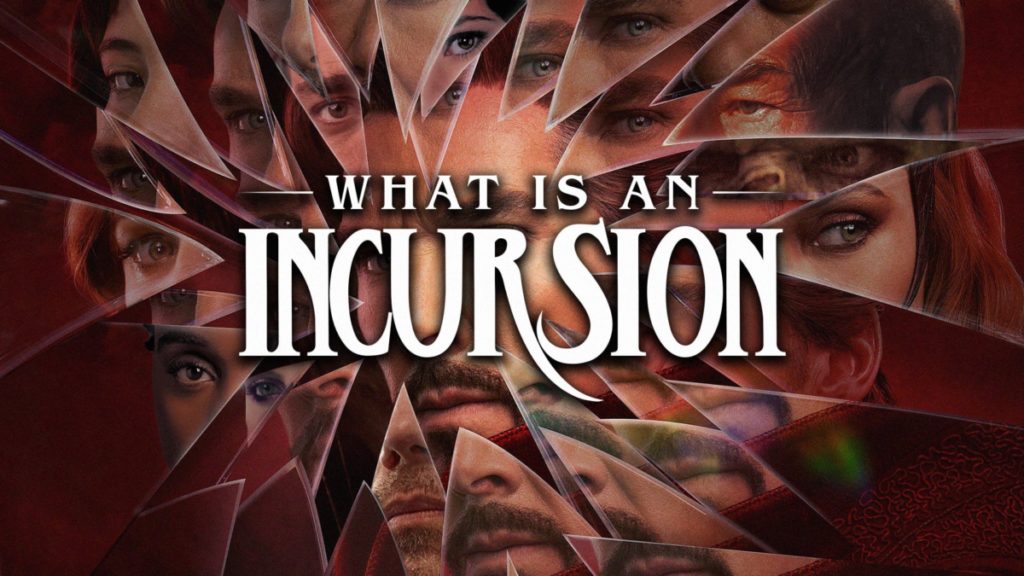