Theory on The Potential History of the JSA in ‘Black Adam’ 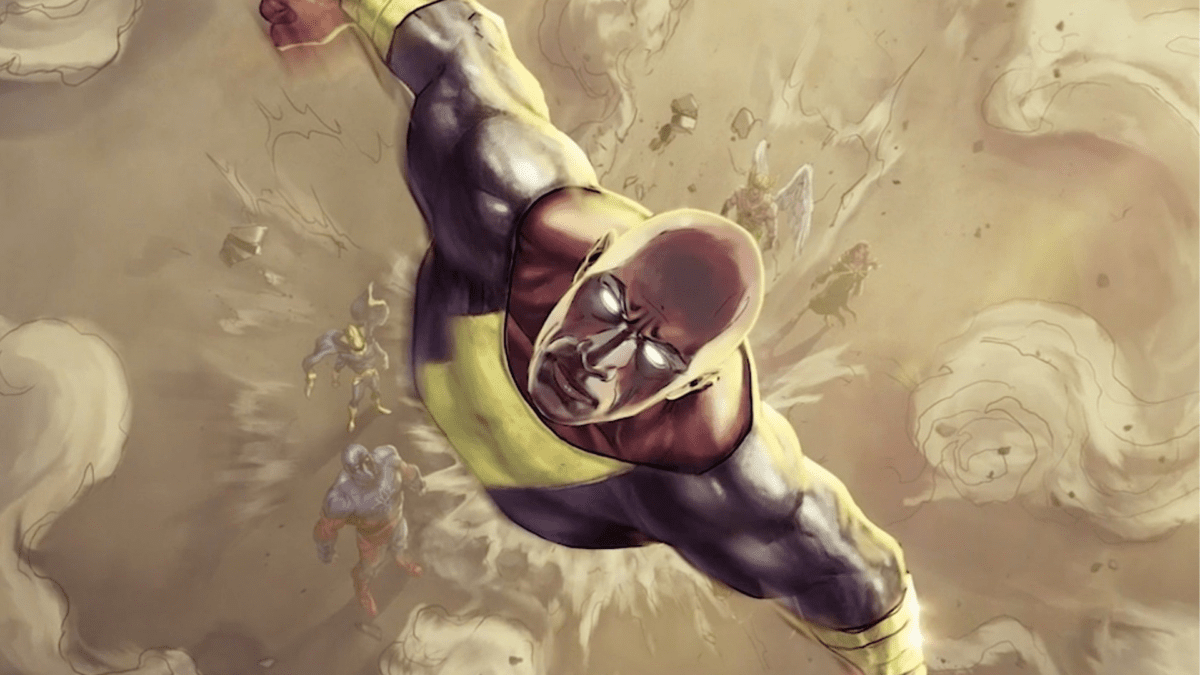 Theory on The Potential History of the JSA in ‘Black Adam’

With all the footage and information we’re getting about the upcoming Black Adam movie, I still sometimes forget that this is a movie about Black Adam. That’s not because it looks bad or because The Rock is being undersold, but just because I am so insanely excited for the live-action film debut of the Justice Society of America. And I’m curious to see what the history of the JSA in Black Adam will be.

The retro classical feeling they bring is unforgettable, and the legacy they career throughout the history of the DC universes they inhabit is almost impossible to ignore. But that very history is why their introduction into what looks like a modern-day DCU felt kind of confusing.

However, I’ve picked up on a couple of details in the new footage and formed a theory: maybe the JSA does have a history in this DCU, and maybe it’s not as lighthearted as we’d expect.

The lineup/ages of the JSA are an immediate hint at the past of the team. With younger people like Atom Smasher and Cyclone paired with older people like Hawkman and Kent Nelson, it really seems like they’re going with the mentor/mentee relationship between the team members.

It seems likely that Hawkman and Kent (played by Aldis Hodge and Pierce Brosnan in Black Adam) were a part of the JSA of the past, especially given the appearance of Kent. But, that begins to raise questions about the state of Hawkman, aka Carter Hall.

Hawkman’s history is really long given the fact that he is a constantly reincarnating alien. But that reincarnating fact is the one I really think is interesting. It’s one of the defining traits of the character, and I think it’s going to come into play in a huge way for this movie.

Looking at the ages of both Kent Nelson and Carter Hall, it seems like the age of Kent is about double the age of Carter. I wonder if the past of the JSA could’ve had something to do with the tragic death of Carter Hall, and now Kent has to bring him back into the fold now that he’s reincarnated all these years later.

“There’s a whole world out there, waiting for you.”

The line is a bit confusing, but it still stands to my point. Why would Kent and Carter be harkening Adam back into the world, back into battle, back into life if not for some relationship between them?

“My son dreamt of a better world… that’s why he saved me.”

This second line not only adds a layer to their relationships but adds a ton of layers to the movie. In a moment of weakness, Adam is confiding in Carter about the loss of his child. The setting of the two scenes looks similar, and if they do take place in the same scene, this movie might begin to address something I never would’ve expected: depression and grief.

While there might be editing at play and these could maybe be different scenes, I like the tone that these two lines set when paired together. These 3 characters aren’t just a couple of guys with a past, they really all seem to care about each other.

Carter and Kent seem to really be trying to help Adam move on and be better. Just these two sentences alone gave me a lot of hope and curiosity about the relationships between these characters. Adam lost his son and he’s in pain because of it, and Carter and Kent want to be able to help him with that.

It’s kind of lovely and sweet and definitely not what I’d have expected from this movie. This is the kind of heart I like to see come from superhero films.

What do you think? Could Black Adam and the JSA have deeper histories than first presented? Let us know in the comments or on Twitter @mycosmiccircus!

You can check out the new footage for Black Adam and the rest of DC’s 2022 film roster in their trailer below.