Theory: Michael Keaton in ‘The Flash’ May Not Be the Batman We Think He Is 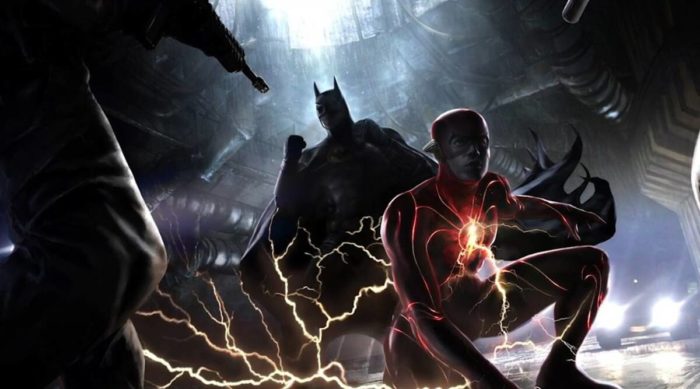 Theory: Michael Keaton in ‘The Flash’ May Not Be the Batman We Think He Is

This past weekend at DC Fandome, we got our first look at The Flash – a film that is expected to change the DC universe as we know it. While the event only showed us a brief teaser, it still provided enough for fans to get excited. One of the final shots of the teaser was of two Barry Allen’s, played by Ezra Miller, and Supergirl played by Sasha Calle. They looked awestruck as the back of someone’s cowl enters the shot.

While they did not confirm Michael Keaton returning as Bruce Wayne from 1989’s Batman, the cowl was instantaneously recognizable. It will be fantastic to see Keaton return to a role that arguably started the comic book film craze. However, I suspect this isn’t the same Batman from those films, but a different version with a different past.

As fans of the Arrowverse shows are familiar with, almost two years ago we went through a crisis. Not a mid-life crisis, but one that saw every Earth in the multiverse destroyed. One of those worlds shown in the opening moments of the crossover event “Crisis on Infinite Earths” being destroyed was Earth-89. Otherwise known as the world Tim Burton’s Batman films are set in. The “89” designation was a sly note to the year the original film debuted. In the blink-and-you’ll-miss-it moment, viewers see a glimpse of Gotham before a red flash of light and it blinks out of existence.

One of the struggles that Melissa Benoist’s Supergirl faces over the five episodes in the event is that she can’t bring back her world. It’s gone forever like every other planet destroyed the same way. In the end, the heroes are able to reconstruct a new Earth (Earth-Prime), which brought back people from both the Arrowverse and Supergirl’s planet.

Now for those thinking “but doesn’t that mean Earth-89’s Batman could return?” Yes and no. While our heroes created a new planet, and unknowingly a new multiverse, it was not the same. No one but the heroes involved in the creation of the Earth are also aware that there had been a change in the universe. So much so, that everyone thought Lex Luthor was (and still is) a good guy now. As well, the multiverse itself is also new. New universes with new characters, such as Stargirl.

We also haven’t (yet) seen two of the same character/hero exist knowingly on Earth-Prime since the crisis. If that was possible, I’m sure we would have seen all of the Supermen that dropped by in the event crop up again. Or at least there would be a mention of them. However, instead, we seem to have one ‘set’ of heroes that still exist after the condensing of the multiverse. And as Batwoman has shown us, we already have a Bruce Wayne, and it isn’t Michael Keaton. As cool as that would be.

DC has also been very open to having the same actor play the same version but slightly tweaked over the past couple of years. We have had many versions of Tom Cavanagh’s Orson Wells/Reverse Flash throughout the entire Flash television show history. So much so that it became a running gag. We’ve also had an evil version of Barry (Grant Gustin) that was bent on destroying him and his friends. Most recently, Batwoman introduced their version of Renne Montoya, played by the same actress as Gotham’s version (Victoria Cartagena). However, both versions are incredibly different from each other.

To me, all signs point to Michael Keaton’s Batman in The Flash being a different, or at least slightly tweaked version of his 1989 counterpart. I don’t necessarily think this version will be evil like Gustin’s Savitar from Season Four, though I don’t necessarily think it should be ruled out just yet either. However, I think with Earth-89 gone, it makes it difficult to bring back a carbon copy of Bruce Wayne while also playing within the rules set up through their Multiverse. That being said, whatever time paradox may come to be, I’m excited to see Michael Keaton back in the role once more.

The Flash is expected to release on November 4, 2022, exclusively in theaters.