Theory: MCU Strange May Draft His own Illuminati 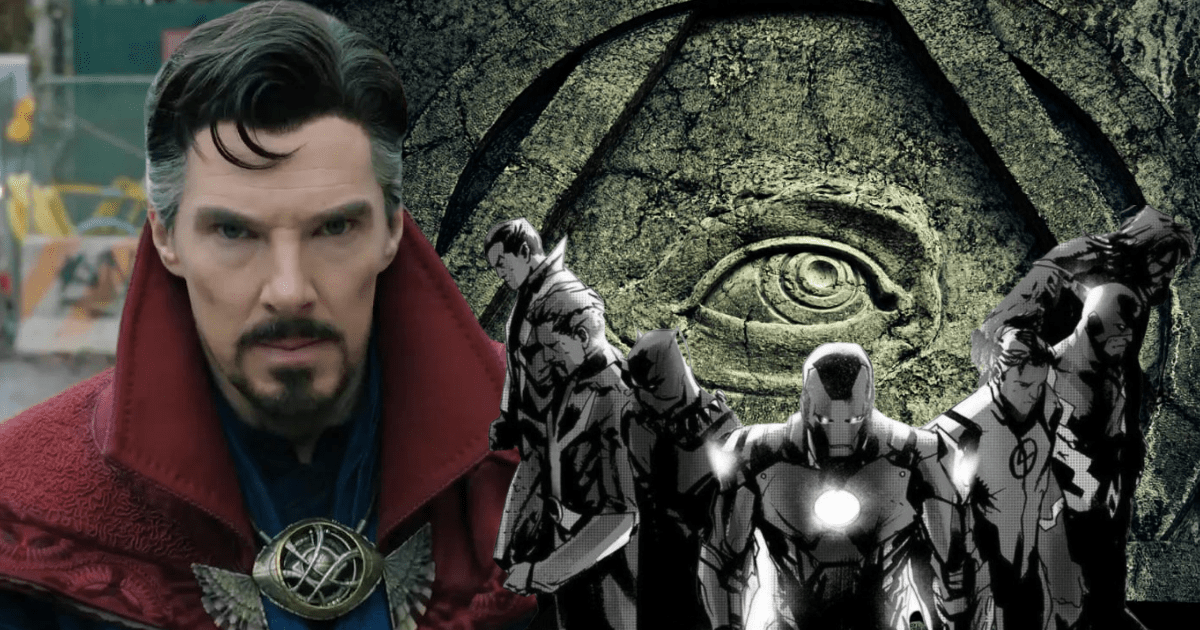 Theory: MCU Strange May Draft His own Illuminati

One of the more intriguing plotlines in Doctor Strange in the Multiverse of Madness is the introduction of the Illuminati. I appreciated the concept and the depth that was brought to the team in such a short amount of time seen on screen. With so much revealed about the multiverse in the short time we see them, I believe the purpose of their introduction to be more than a simple cameo in a multiverse movie. Today I’ll be taking a look at how the Illuminati’s appearance in Doctor Strange in the Multiverse of Madness is likely to inspire Benedict Cumberbatch’s Doctor Strange to create his own version of the team.

[Spoilers for Doctor Strange in the Multiverse of Madness are discussed below!]

Throughout the events of Spider-Man: No Way Home and Doctor Strange in the Multiverse of Madness, Earth-616’s Doctor Strange has learned just how dangerous the multiverse truly is. Between these two films, Strange has seen three versions of Spider-Man appear in one universe, met a Darkhold-corrupted version of himself in a post-apocalyptic universe, and has been arrested in another alternate universe by a team of heroes hell-bent on defending the multiverse. If there is currently anyone in the MCU who knows how mad and dangerous the multiverse truly is, it’s Stephen Strange.

I believe through Strange’s harrowing experiences within the multiverse, he will be inspired to form his own version of the Illuminati. Strange’s fears could very well be a factor for why he forms the Illuminati. As the Ancient One said in Doctor Strange “I never saw your future, only its possibilities. You have such a capacity for goodness. You’ve always excelled, but not because you crave success but because of your fear of failure.”

Stephen Strange truly fears failure, he’s a perfectionist that will do anything to prevent failure. And he’s now seen three alternate versions of himself that have failed throughout the multiverse in Defender Strange, Supreme Strange, and Sinister Strange.

To tie all of that together, The MCU’s Stephen Strange has made his own critical error by causing an incursion, which is the reason why Charlize Theron’s Clea appears in the mid-credits scene. When and how Strange and Clea resolve the issue of this incursion remains to be seen, but this event is likely to cause a great strain on Stephen’s mind. This is of course, on top of already forming a third eye from Darkhold corruption.

Regardless of the outcome, these events will cause a great deal of trauma for Strange. I can see how going from Thanos to these multiversal issues will drive Strange to a great deal of paranoia. So much so that he believes a team like the Illuminati is needed to avoid these events from occurring again.

With the Avengers are basically non-existent in the MCU right now, Strange could start an all-new group inspired by the team he encountered on Earth-838. I also believe Marvel will likely use the Illuminati and the Avengers separately, using the Illuminati for multiversal threats while using the Avengers for Earth-616 threats. Obviously, these two teams could end up colliding once the Secret Wars plotline comes to fruition.

I think it’s somewhat likely that an Illuminati team could be formed after Secret Wars depending on the outcome of the event. I think at first characters like Reed Richards and Charles Xavier from Earth-616 would be hesitant to join the Illuminati, given that they have limited knowledge of the multiverse outside of it being a concept. At the moment, Stephen Strange, Wanda Maximoff, and America Chavez are the only MCU characters to travel to alternate universes. While we just got a movie based on the multiverse, the wider MCU’s knowledge of the multiverse is very limited.

Once Strange sees that he can’t keep the multiverse contained on his own, he will look to other heroes of the MCU. Understanding the multiverse takes more than just power, it takes a great deal of knowledge. This is why characters like Reed Richards and Charles Xavier fit so well on the team.

Other MCU characters I could see join the team are Don Cheadle’s War Machine and Tenoch Huerta’s Namor. Given that Namor is likely to go through a villain arc before becoming an anti-hero, he could be a later member of the group. In terms of Black Bolt, I am not sure how quickly Marvel will incorporate the Inhumans, especially after seemingly no longer associating Kamala Khan with being an Inhuman (for now anyway).

As mentioned earlier, there has to be a reason for all the members to commit to joining this team. As much as Strange could plead his case about the multiverse, it will take a large multiversal event that impacts the MCU as a whole to inspire all these members to come together – something akin to the events of 2012’s The Avengers and how the events of that film inspired the formation of that team. I think the events of Secret Wars could cause a similar effect, in terms of bringing everyone together again.

Overall, getting to see the Illuminati form in the MCU would be exciting. The introduction of the multiverse gave us all new concepts, such as dreams being real events in other worlds. The multiverse and its possibilities are endless, it opens the door to countless avenues for stories. Marvel really has the ability to use a character in any way possible now.

Seeing alternate versions of Doctor Strange was incredibly interesting, I found myself to be intrigued by the Illuminati-verse Supreme Strange and the story that took place there in such a limited time. Marvel has unlocked an unlimited amount of worlds and stories to tap into that will continue for years to come.

You can read Cosmic Circus writer Brian’s spoiler review for Doctor Strange in the Multiverse of Madness through the link below! But what do you think? Did you enjoy the movie? Who do you want to see in the Illuminati next? Let us know in the comments or on social media!