Theory: May Calamawy Could be Layla Miller and How She Might Fit in to ‘Moon Knight’ 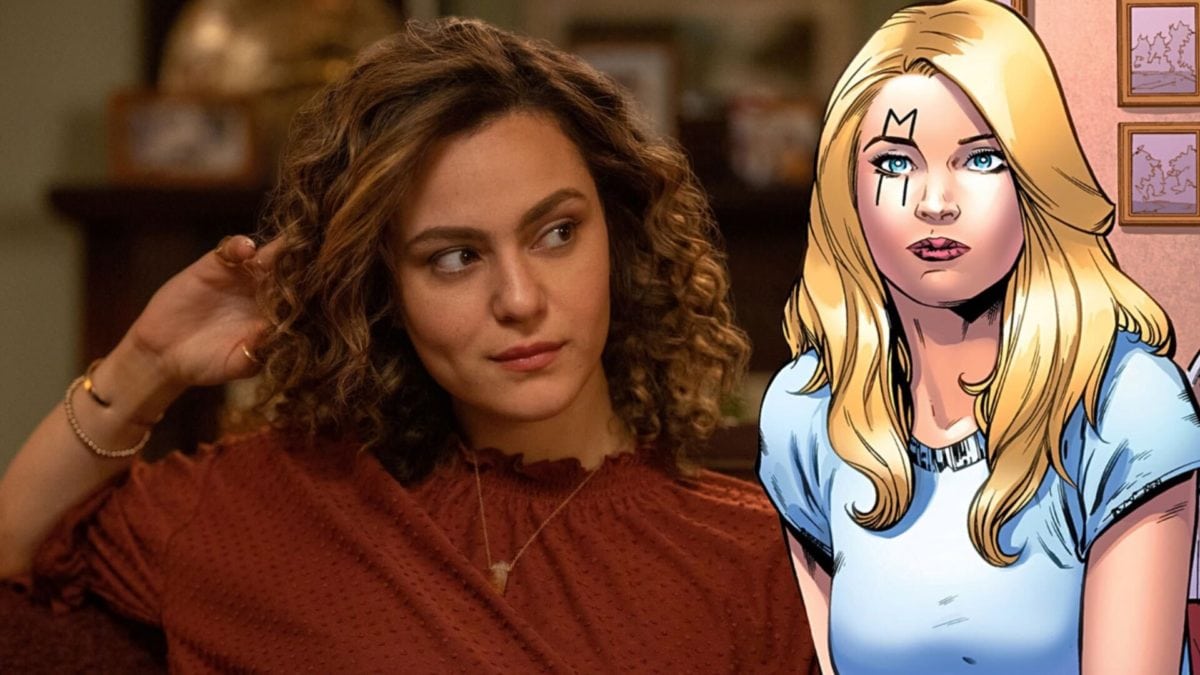 Theory: May Calamawy Could be Layla Miller and How She Might Fit in to ‘Moon Knight’

Our own Alex Perez reported on May Calamawy’s Character in Moon Knight back on December 30, 2021. At the time, he indicated that it was just a rumor, but that he believed Calamawy was playing “Layla”. Fast Forward to last week and Marvel Studios dropped not only a March 30th premiere date for Moon Knight but also released a poster and the first trailer of the Oscar Isaac-led project! And the trailer looks to confirm our rumor, watch the trailer below!

Looks pretty intense and slightly trippy right? In the scene where Steven (Isaac) speaks on the Razor flip phone, the voice on the other end is Calamawy’s and is subtitled as “Layla”. Now that we have confirmation of *a* Layla in Moon Knight, who might this character be? In the original article, Alex speculates that Layla may be Layla Miller from Marvel Comics. But who exactly is Layla Miller and how could she fit into Moon Knight’s origin story?

Layla Miller’s story begins with tragedy and long before the manifestation of powers. Her parents died in a terrible car accident, forcing Layla into an orphanage. It was there that she first developed any abilities, though horns and fire breath don’t bode well with the other children.

Layla truly blooms into her own hero during the events of House of M, which seems right given she is a Mutant. In the new reality created by Scarlet Witch, Layla not only finds herself with her parents once more but also with new powers. These abilities allow Layla to see divergent realities as well as restore forgotten memories. Which she uses to right Wanda’s wrongs.

Upon returning to reality, Layla loses her House of M powers. However, through time travel, an older version of herself bestows ‘pseudo-precognitive knowledge’ to her. This is just a fancy way to say that she has information of the next 80 years downloaded to her brain. She “knows stuff”, which seems to be an acceptable answer.

Layla’s long history with different factions of X-men has led to the use and disappearance of many powers. Currently, she has the powers of resurrection and healing. Her ability to bring someone back from the dead and restore them to consciousness, but doesn’t include the return of their soul. She also has a mysterious glove that generates force fields, something she created during her studies with Doctor Doom.

There is another version of Layla, which stems from the Ultimate universe. This version of Layla seems more sinister than her Earth-616 counterpart. As a member of Roxxon Brain Trust, a group assembled to investigate attacks on Roxxon, she does not seem to have any specific powers. It is unclear if she lacks the X-gene in this world or if it just isn’t activated. The Brain Trust will stop at nothing to protect their employer, meaning Layla has been known to conduct experiments that seem less than ethical on heroes in the name of Roxxon.

On this Earth, she definitely feels more villain minion than an individual with much agency. While she may not have her mutant powers, she does still have the glove. However, this glove not only creates force fields but also produces energy explosions.

So if the Layla in Moon Knight is indeed Layla Miller from the comics, how will she tie into Marc Spector/Steven and the mystery surrounding them? I think the answer lies in her powers. First, Layla in the story knows Marc Spector, not Steven, which means she is closer to the ex-government mercenary side of his dual personality. Perhaps this somehow ties in with S.H.I.E.L.D. or S.W.O.R.D. Her force field glove would be easy to explain as an Agent of either one.

Though the powers that intrigue me most are her divergence-sight and resurrection abilities. Egyptian Gods are prominent in the Moon Knight series and have always been closely tied to Marc Spector. An individual who has the ability to see into the past and future would be beneficial to further the story. Need to look back into Ancient Egyptian times? Need someone to help Marc/Steven avoid problems? As well, with divergence sight, she could see every possible variation. Which seems useful and coincidental to have in a show just after the multiverse fractured. Setting up Layla for a bigger role in future projects.

The powers of resurrection could be explained as powers bestowed by an Egyptian Deity if Marvel wishes to hold the mutants off a bit longer. But I could think of quite a few ways of how bringing someone back from the dead could be useful. What if Layla resurrects Marc prior to his meeting with Khonshu, resulting in the loss of his soul and the deal with the moon god? That story and the ramifications it brings could propel Moon Knight from a basic superhero story to something extraordinary. But who do you think Layla is? Let us know!