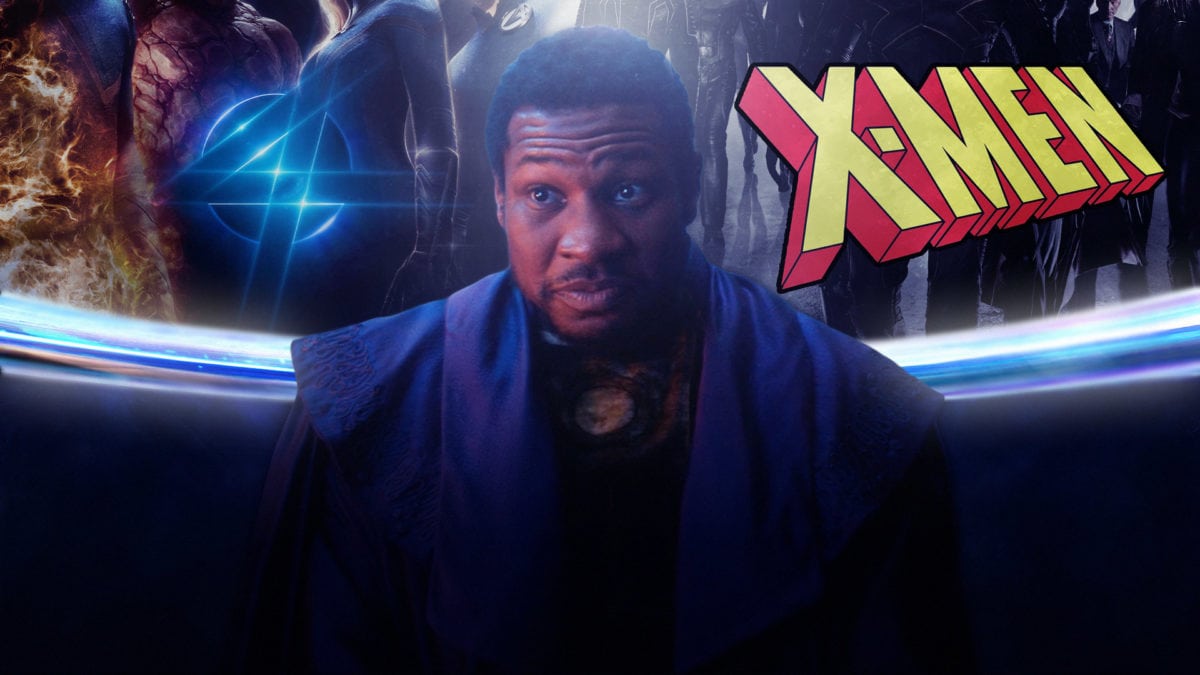 Fans are still reeling after the second trailer for Doctor Strange in the Multiverse of Madness dropped this past Superbowl Sunday, leaving many asking even more questions than before. Perhaps the biggest question comes from the scene in a white room, with a tease of the team known as the Illuminati making their presence known. Thinking on this, I began to wonder, could the answer be part of Kang’s plan?

In the comics, the Illuminati is composed of the following members: Doctor Strange, Iron Man, Namor, Black Bolt, Professor X, & Mr. Fantastic. The first three members already exist in the MCU’s main timeline (or in Namor’s case is definitely coming soon). The rest of them have yet to be introduced into the main MCU timeline despite being featured in films and TV series prior.

However, it appears that they may finally be introduced during Multiverse of Madness – or at least one version of them. So this now raises even more questions, such as, why have we not seen the Fantastic Four, X-Men, or Inhumans in this prime MCU timeline already? And, where are they?

We all know that the X-Men and the Fantastic Four were not introduced early on in the MCU due to the film rights and franchises being owned by Fox. That all changed in 2017, when Disney acquired 21st Century Fox, and the merger went through in 2019. However, we still have yet to see an “in-universe reason” explaining the absence of both superhero teams. And, as you may have already guessed, I have a theory that could serve as the MCU’s explanation.

I have reason to believe that He Who Remains may be responsible for why characters from the Fantastic Four, the X-Men, and possibly even the Inhumans, have never been present in the MCU until now. During the season finale of Loki, He Who Remains (one version of Jonathan Majors’ Kang) explained how he isolated his timeline. This ultimately became the Marvel Cinematic Universe we all know and love, as confirmed by Loki director Kate Herron.

This begs the question, “if He Who Remains scripted all of the events of the Infinity Saga until Avengers: Endgame, then why did he not incorporate heroes like the Fantastic Four or the X-Men into the MCU?” And I believe the answer is, he didn’t want to because it was the only way He Who Remains could keep a hold on the Multiverse and the timeline where he ruled all.

First and foremost, while He Who Remains “paved the road” of the Sacred Timeline, he did not create the universe he exists in but instead maintained it, which means the principles of the Multiverse still apply even to a single universe. One of these principles is that a variant of the single character exists, has existed, or will exist in most, if not all, universes.

Secondly, He Who Remains himself has stated that he “knows it all,” has “lived a million lifetimes,” and has “gone through every possible scenario,” meaning that he knows the key players that lead to the defeat of his variants and hence himself.

Lastly, suppose the comic connection remains factual in the MCU. In that case, He Who Remains and his variants are all related to Reed Richards, aka Mr. Fantastic, making it at the very least nonsensical to say that He Who Remains would not know who his ancestor was.

He Who Remains is a character whose intentions remain unclear but still seem sinister. He claims not to be anything similar to his “Conqueror” variants, yet he called himself a dictator. Not only that, but in the comics, Kang has faced off against the likes of the Fantastic Four and the X-Men on several occasions, so it would make sense for Kang to try and gain the upper hand on his archenemies by ensuring that they never existed in the first place.

If these characters never met with Doctor Strange, Iron Man, and Namor, then the Illuminati would have never formed, and Kang would potentially still be in control of the universe he resides in. It’s why it makes sense for Marvel Studios to introduce these heroes now into the MCU during the Multiverse of Madness because there wouldn’t have been any other way for these characters to be introduced if part of Kang’s plan was to continue clipping the variants from his Sacred Timeline.

In conclusion, I believe that He Who Remains purposely left out these characters from his “grand design” because they have already been considered a threat to his rule. By removing critical characters from the Fantastic Four, the X-Men, and the Inhumans franchises, He Who Remains could secure his grasp on the Multiverse and control it until the end of time.

What do you think of this theory? Let us know on Twitter @mycosmiccircus or in the comments below.