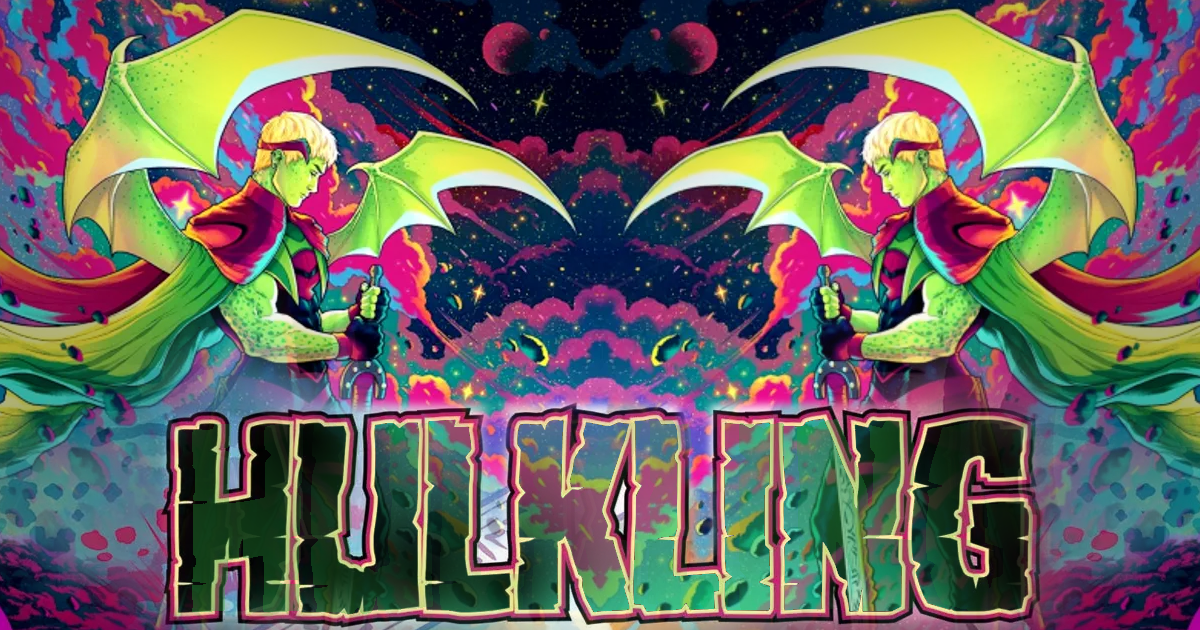 With many of the Young Avengers members already introduced throughout Phase 4, one important member is missing: Teddy Altman, aka Hulkling from the Young Avengers. So, when will we see Hulkling in the MCU? I think he may make his debut in Phase 5, and I have some theories as to what projects he could show up in.

So far from the Young Avengers team, we have been introduced to Billy (Julian Hilliard) and Tommy (Jett Klyne) in WandaVision, Eli Bradley, played by Elijah Richardson in The Falcon and the Winter Soldier,  Xochitl Gomez as America Chavez in Doctor Strange in the Multiverse of Madness, and Kate Bishop, Hailee Steinfeld, first appeared in Hawkeye. Last but not least, fans can see Kaythrn Newton make her heroic debut as Cassie Lang in Ant-Man and the Wasp Quantumania next year.

It’s evident Marvel is building a Young Avengers team for a future appearance in the jam-packed MCU, but it’s still unknown if they will team up in a movie or in a Disney+ show/special. And yet, with all the young blood flooding the Marvel Cinematic Universe, I can’t help but wonder when will Teddy Altman debut.

Who is Teddy Altman aka Hulkling?

Teddy Altman is the half-Kree, half-Skrull son of Captain Marvel (Mar-Vell) and a Skrull, Princess Anenelle of the Skrull Empire. Teddy spent the first 16 years of his life raised by a Skrull posing as a human who he believed to be his mom. Teddy had no idea of the true origins of his shapeshifting powers and thought he was a mutant so he kept his powers a secret.

One day Teddy used his powers to shapeshift into Tony Stark to sneak into the wreckage of Avengers Mansion. In the mansion, Teddy met Iron Lad (aka young Kang the Conqueror). Iron Lad is finding heroes from Vision’s failsafe program to create a new team of superheroes since the Avengers broke up. Now, let’s explore that as a possible entry point for Hulkling and his epic backstory.

Teddy is a huge Avengers fan, like the rest of the Young Avengers, and was shocked when he found out they broke up in Young Avengers Sidekicks (2005). He, Billy Kaplan, Eli Bradley, and Nate Richards (Iron Lad) founded the Young Avengers. Then Kate Bishop and Cassie Lang joined, then America Chavez joined later on.

Currently in the comics, Teddy is married to Billy (aka Wiccan), and he is the Emperor of the new Kree-Skrull Empire. To catch up with Teddy and Billy I suggest reading Empyre (2020).

Secret Invasion will focus on finding Skrulls who have been invading Earth for years. Samuel L. Jackson will return as Nick Fury and Ben Mendelson as the Skrull Talos. Thanks to Marvel’s panel at SDCC we now have a trailer and a better understanding of what time period within the MCU the series will take place.

From what we have seen so far I think Teddy and his heritage could be hinted at. In the comics, Teddy’s adoptive mother is a Skrull who was sent to earth to protect him. If we aren’t introduced to Teddy we could meet his mother. It’s possible she could team up with Nick Fury and Talos briefly, also disclosing what happened to Teddy’s parents through her.

I also think his heritage will be discussed in this series because in the comics Teddy is the one to end the war between the Kree and Skrulls. Being half-Kree and half-Skrull he unites the empires and keeps the peace between them.

We got a look at the war between the two in Captain Marvel and I think Secret Invasion will go into more detail. Marvel could be setting up a bigger Kree/Skrull war storyline to be the next major event after Secret Wars and Kang Dynasty.

As for Agatha: Coven of Chaos

Recently there was a casting call for what seems to be an aged-up version of Teddy and Billy, one of Wanda’s sons. The studio was seeking an actor between the ages of 17 and 20 to play a gay, lead character described as “witty” “astute” and “a bit of a fanboy”. Another casting call was for a similar role but was described as “a kind soul” and having a “great sense of humor.”

Heartstopper actor Joe Locke was just cast in Agatha: Coven of Chaos and his role hasn’t been officially revealed yet. Fans are speculating that he is playing an older Billy.  The casting does feel like it would fit Teddy and Billy. In the comics, Agatha has been appearing in Billy’s life making her Teddy’s problem as well.

The Illuminerdi recently wrote a report, stating that their source confirmed Billy’s appearance in Agatha: Coven of Chaos. He will be aged up to a teenager in the series, either visiting or attending school in Westview, and is a person of interest to the coven. Since Billy is a teenager it seems like Marvel Studios is using Young Avengers (2005) to further Billy’s story. In the 2005 comic, he and Teddy attended the same school and dated during their last few years of high school.

I think Teddy could certainly make an appearance in Coven of Chaos with a relationship established between him and Billy. Since Billy is being targeted by a coven it would make sense that he would do everything in his power to protect Teddy.

Avengers: The Kang Dynasty and The Marvels

The Kang Dynasty isn’t arriving until phase 6 and personally, I think that’s too long to wait to introduce one of the last Young Avengers. However, could be his superhero debut since I don’t think he would be showing off his powers or fighting in any of the above shows.

On the other hand, The Marvels seems a likely place to bring Hulkling into the MCU. Thanks to some leaks from SDCC we know the majority of the movie is in space. Marvel Studios could change Teddy’s story and instead of being hidden on Earth, he could appear on another planet in The Marvels. Having him reveal his powers to help the trio on their journey would be an interesting twist. But we have no evidence to support the idea that he’s in the film as of yet. Although, a super secret end-credit scene or a quick cameo appearance is possible.

The question on every Young Avengers fan’s mind is when will we finally see the come together on the big screen? Since their first fight was against Kang in the comics I think this could be the first time the Young Avengers assemble on screen. It would stay true to their first team-up and be the team’s 20th anniversary.

I’m excited to see if Teddy shows up in any of these upcoming projects. Where do you think Teddy will show up? Let us know in our Discord or other social media!

If you haven’t already, check out Uday’s article about Shuri’s journey in Black Panther: Wakanda Forever.