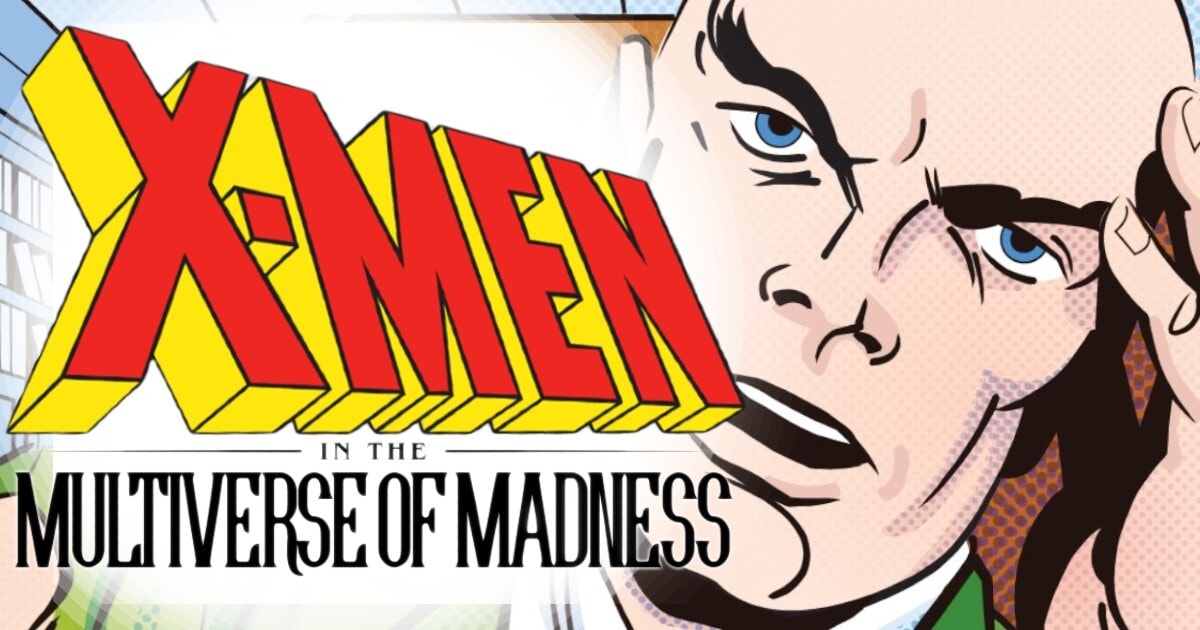 While working on my recent piece comparing X-Men ’97 to the original X-Men ’92 designs, there was one huge difference I couldn’t overlook: Charles Xavier was nowhere to be seen. And on a deeper look, Xavier’s voice actor Cedric Smith is the only living actor from the main cast of X-Men who is not returning for X-Men ’97 without comment.

(The only other exceptions are Cyclops’ actor Norm Spencer, who passed away last year; and Jubilee’s actress Alyson Court, who asked for Jubilee to be voiced by an Asian voice actress).

It’s strange that a show titled “X-Men” is missing its namesake Professor X. After some thinking and a bit of research, I came up with two possible scenarios.

[Watch out! There are possible spoilers for Doctor Strange In the Multiverse of Madness mentioned below!] 1. X-Men ’97 is standalone from the MCU and is simply a direct continuation of the original series.

I’m not sure why Nightcrawler wasn’t included in the group picture, but Mister Sinister was a major part of the show’s final season. So his casting supports the idea of the new show simply picking up right where the old show ended.

For Xavier, the show ended with him nearly dying, before leaving Earth with Lilandra to be cared for by the Shi’ar. So in this scenario, Xavier is not in X-Men ’97 because he simply chose to stay with Lilandra and never return to Earth.

However, if the show is to continue, I think Xavier would surely have to return eventually. There are countless story reasons that could be written to make it happen. As a result, I’m not convinced that “staying with the Shi’ar” is the complete reason for his absence. This led me to the crazier, more interesting theory below.

2. X-Men ’97 is part of the MCU’s multiverse and the storyline is set in motion by events in Doctor Strange in the Multiverse of Madness.

For months, Xavier has been speculated to appear in Doctor Strange in the Multiverse of Madness. If the leaked images are to be believed, his design will closely match his 1992 animated character, complete with the big golden hoverchair. If the Xavier rumored to be in Multiverse of Madness is actually the Xavier from the animated series, I think this could be another explanation for why Marvel Studios decided to revive the X-Men show now, and why they’re doing it without Xavier.

Marvel’s Head of Streaming, Brad Winderbaum, recently teased in a podcast interview with Marvel.com that X-Men ’97 would be picking up the story after an “emotional shift” following “a very impactful event.” While the impactful event could simply be Xavier leaving to stay with the Shi’ar, I don’t think Winderbaum would have been so coy about a finale from 25 years ago.

Putting my tinfoil hat on, I think it’s quite possible the impactful event could be related to the animated Xavier entering the multiverse in next year’s Multiverse of Madness. Given that Xavier already said his goodbyes in the show’s finale, this potential story direction could connect the show to the MCU without undoing the heartfelt emotions from the original ending (possibly like No Way Home is expected to do with its returning multiverse characters).

I expect that this more permanent form of Xavier’s absence could be the new “emotional shift” the X-Men experience at the start of the revival, and the show will see the rest of the team step up to continue their mission without him. At a creative level, I think Xavier entering the multiverse also creates a purpose for X-Men ’97 to exist now, with a fresh connection to the MCU.

Where do you think Xavier is? Is he chilling with Lilandra, traveling the multiverse with Doctor Strange, or perhaps something more sinister? Why wasn’t Nightcrawler pictured? Let us know what you think!