Theory: How Quake Could Return in ‘Secret Invasion’ 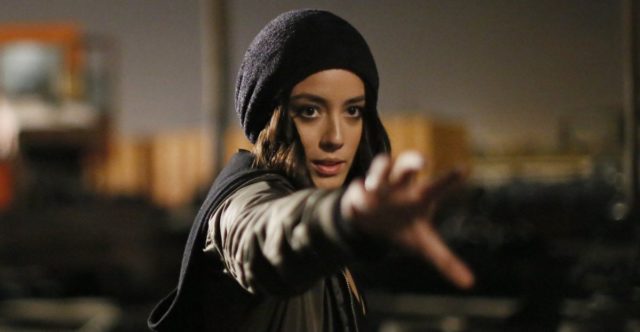 Theory: How Quake Could Return in ‘Secret Invasion’

Rumors have been swirling about some of the fan-favorite stars from ABC’s Agents of S.H.I.E.L.D. returning in their roles for quite some time now. We at The Cosmic Circle have already run two separate reports of the mounting speculation and evidence that Chloe Bennet, Clark Gregg, and Elizabeth Henstridge may be headed into the MCU. While there has been no confirmation from Marvel Studios regarding these actors or their respective characters returning, my mind began to wonder how and where they would show up once more. And the most straightforward answer comes from a parallel between the finale of Agents of S.H.I.E.L.D. and the post-credit scene of Spider-Man: Far From Home.

This theory mostly centers on Bennet and her character; Daisy Johnson, A.K.A. Quake. Her character appears to be the most rumored to return to in an MCU project. As a quick refresher, the finale of AoS ended with the agents splitting up after their final mission. Some decided to teach the next generation of agents; some retired altogether. However, Daisy Johnson turned to the stars for her next adventure. With her boyfriend, Daniel Sousa (Enver Gjokaj) and Kora (Dianne Doan), Daisy is now in command of the Zephyr Three, the spaceship used for season seven. Her story ended on a hopeful note because she was finally happy in every aspect of her life. However, what if the Zephyr Three and its crew found Nick Fury’s (Samuel L. Jackson) new command center among the stars?

As the post-credit scene to Spider-Man: Far From Home alluded to, Nick Fury has been working along with Skrulls in a vast spaceship somewhere in space. This seems to be pointing towards S.W.O.R.D., an organization that has previously appeared in WandaVision. An easy way to bring Quake onto the scene is to have stumbled upon Fury’s command center and join the ranks as an Agent for his team. This allows for some of our favorite characters to continue on. However, it also erases the need to bring all the baggage that comes with AoS. In a soft reboot style, it wouldn’t matter who Daisy was before or what she did. Instead, she can continue on her journey of being totally badass. She could have still been a part of S.H.I.E.L.D., while Fury could still not know who she is. This situation feels like it is the best of both worlds for those who love the show and those who want to forget it. It also allows Bennet to reinvent her character in a new but pretty familiar sandbox.

It’s just as possible that Daisy may be on Fury and S.H.I.E.L.D’s radar after the events of AoS’s finale. The last episode saw the agents traversing from one timeline/universe to another using the Quantum Realm (something that fans of Ant-man are all too familiar with). However, it seems like a strong possibility that someone would notice an unidentified object entering into the reality of the MCU proper. This is another possibility to explain Daisy’s presence in our universe now, without having to explain everything.

Bringing in Quake this way also allows for an accessible introduction to a larger world of Inhumans. It would help to establish Marvel Studio’s lore for the human/Kees hybrid race with superpowers. Showing that there are some Inhumans already present in the world would pave the way easier for the Royal Family of the Inhumans to appear.

Suppose any characters other than Phil Coulson (Gregg) appear in Marvel Studios’ projects. In that case, it’s essential to understand that these would not be carbon copies of their AoS counterparts. The division between the movie studio and the television side has been publicly known for years. If Kevin Feige did envelop all of AoS info the MCU proper, he would have to take all the good with the bad. Including different rules for time travel that contradict those in Avengers: Endgame. So a soft reboot seems the most likely option, if not a hard reboot with new faces. In any case, fans like me are holding out hope to see our favorites return!