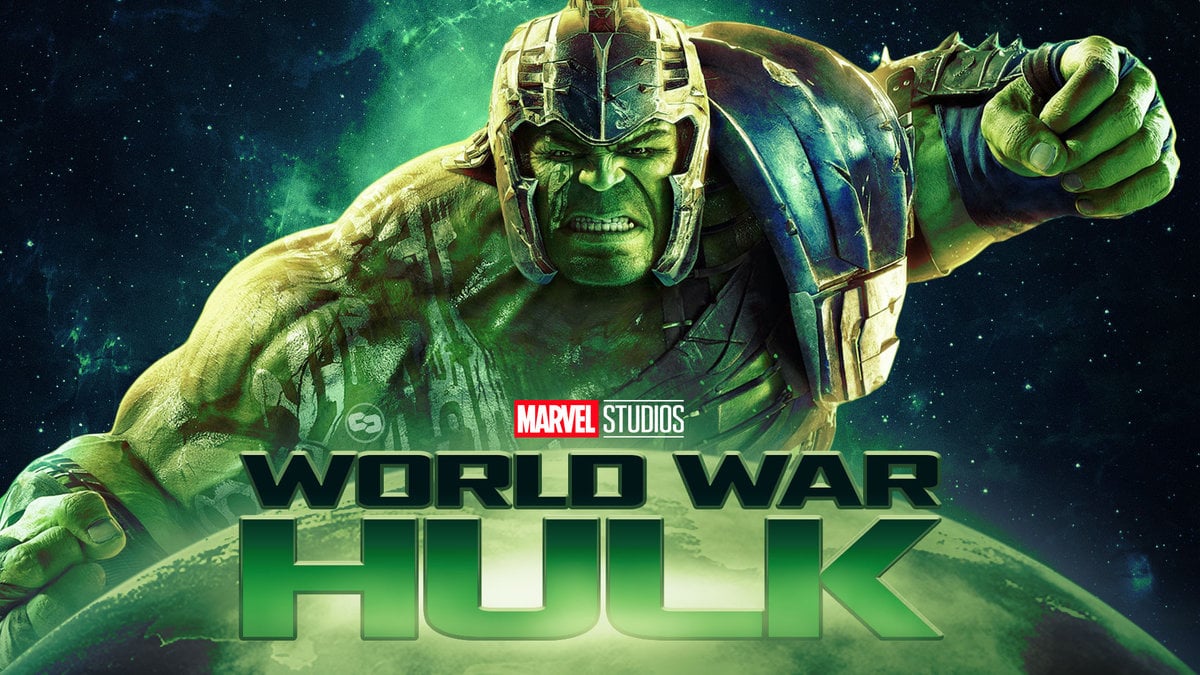 Earlier last week, we revealed that Marvel Studios had registered Shadowstone Productions LLC. This LLC has a known connection to the Marvel Comics lore as the mineral used in the ship that brought the group known as the Warbound to Earth. In the comics, the Warbound were a group of refugees from the planet of Sakaar, led by the Hulk in an attempt to take revenge against the Illuminati for exiling him from Earth.

This small reference in the LLC has left many fans wondering whether Marvel Studios is finally ready to tackle the comic book story after asking for this adaptation for years. And with the Hulk film rights reverting as soon as June 2023, now is an excellent time to see how this adaption could play out in the Marvel Cinematic Universe.

The events of World War Hulk occurred in the comic universe 616 in 2007. The story starts when Bruce Banner is sent on a mission to space by a Life Model Decoy of Nick Fury. While on his mission, the Illuminati caught wind of this and decided that the Hulk had become too dangerous to remain on Earth. Therefore, they turned his ship vehicle away from Earth and sent it to Sakaar.

While there, the Hulk became a servant of the Red King until he and his Warbound friends led a rebellion that installed him as the planet’s king instead.

While in Sakaar, he got married and fathered a child. For a time, he was happy until the ship he traveled in exploded, killing millions of people, including his wife. Believing it was the Illuminati responsible for the attack, an enraged Hulk made his way to Earth to declare war on the Illuminati.

When the Warbound arrived, they took on the heroes of the world. The Fantastic Four, Heroes for Hire, the Avengers, the X-Men, and the Illuminati all faced Hulk and his group, ultimately falling to the rage of Banner. Eventually, he captured the Illuminati and brought them to Madison Square Garden, where they were forced to fight each other. At the last second, he chose to spare the Illuminati as he wanted justice, not murder.

Where we stand in terms of The Multiverse Saga

As it stands, Marvel Studios currently has 3 untitled dates set in their release schedule. The release dates are between Avengers: The Kang Dynasty and Avengers: Secret Wars.

For Marvel Studios’ take on the World War Hulk storyline, Marvel could address the aftermath of Avengers: The Kang Dynasty by having the Avengers displaced across the various domains of Battleworld. Rather than explore all 40+ locations of Battleworld across one film, Marvel could use the one-year gap between Avengers: The Kang Dynasty and Avengers: Secret Wars to develop the brand-new setting that will set the stage for the final arc of the Multiverse Saga. In the World War Hulk film, they can start with the largest territory, Greenland.

Greenland is the largest domain in Battleworld, ruled by a variant of Thunderbolt Ross known as the Red King. Greenland is derived from a universe in which the world was hit by nuclear bombs, unleashing Gamma Radiation around the globe and transforming everyone into gamma-irradiated creatures and several Hulks.

Bordering Greenland is the other domain that the story would take place in – Dystopia. This is the territory ruled by a variant of Bruce Banner known as Maestro.

Maestro in the comics is a version of the Hulk that combines the intelligence of Bruce Banner with the more violent and evil nature of the Hulk, transforming Bruce into this nasty amalgam of the Hulk that rules his land with an iron fist. During the events of Secret Wars in the comics, Maestro would rule Dystopia while banishing those who opposed him to a gamma-filled land known as Greenland.

Additionally, suppose the incursion happens between Earth-616 and Earth-838. In that case, the Bruce Banner variant could be from Earth-838. The film could reveal that the Illuminati from his universe banished him to Sakaar, providing an additional layer of connectivity between characters already established in the MCU.

As the name implies, Marvel Studios’ take on World War Hulk could set the Avengers and the heroes of the world displaced across the newly created Battleworld. While I wouldn’t expect the entire group of characters from Avengers: The Kang Dynasty to appear in a World War Hulk film, given the size of Greenland and Dystopia, I’d expect a decent portion of heroes to appear in this project. Perhaps comparable to Captain America: Civil War, and acting as an Avengers-level intermediate story.

This project would have multiple purposes as it would reunite many heroes from the 616 universe displaced following the events of Avengers: The Kang Dynasty. It would also provide fans with a new version of a Hulk that many feel has yet to be explored to his full potential. It could also grant us more lore to explore behind the alternate universe from which this Hulk variant is from.

By the film’s end, I would expect the Avengers to be fully reunited and setting their sights on exploring the rest of Battleworld as they seek out more heroes (and potentially villains) who could unite to take down the final antagonist in Avengers: Secret Wars.

Avengers: The Kang Dynasty is expected to arrive in theaters on May 2, 2025. Are you excited at the possibility of a new version of the Hulk? Let us know on Twitter or The Cosmic Circus’s Discord. And if you haven’t already, check out our exclusive on the Thunderbolts working title!