Theory: How Bishop Security Could Open the Door For Jessica Jones to Return 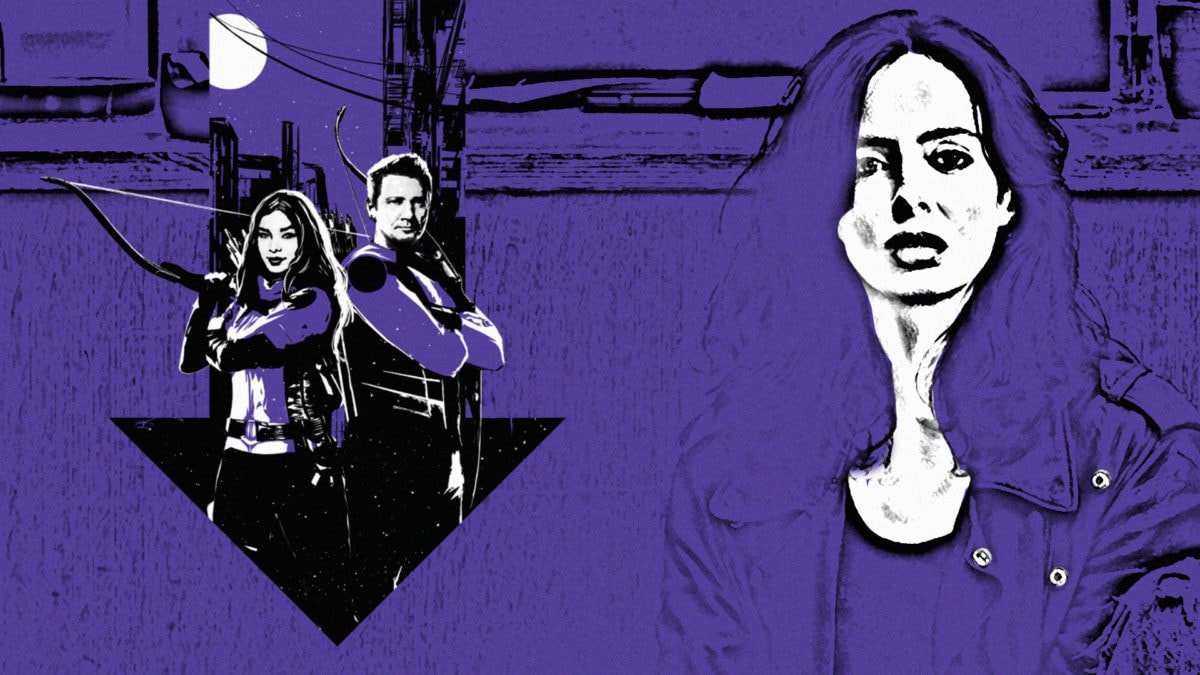 Theory: How Bishop Security Could Open the Door For Jessica Jones to Return

A few weeks ago Marvel Studios released a new look at Hawkeye through some merchandise. One of the shirts sold at Hot Topic shows Jeremy Renner and Hailee Steinfeld together in their official Hawkeye uniforms. A tagline blazoned across the front reads “Partners, am I right?”. Which speaks to the comedy and fun this show is going to bring to the MCU. While I love seeing the present and future Hawkeyes preparing for battle, the shirt that grabbed my attention immediately was the Bishop Security shirt.

Some Hawkeye merch details that might end up as easter eggs 👀 pic.twitter.com/Gy3JWrMsP8

While the shirt doesn’t show much except ‘Bishop Security’ along with a logo for the company, my brain began to run wild with theories. So far in the MCU, there are X-Cons Security Consultants, a company featured in Ant-Man and the Wasp. Scott Lang (Paul Rudd) and his fellow cons work creating plans and supplying equipment for surveillance and protection. However, Bishop Security seems more like physical security, rather than digital. My mind automatically drew parallels to Alias Investigations and Jessica Jones. Though perhaps a family-friendly version to the more adult Netflix counterpart.

I wondered if there was precedent for Bishop Security in the comics. And the short answer is, maybe. There doesn’t seem to be an exact comic book counterpart for Bishop Security. However, in 2016’s Hawkeye comic run Kate Bishop becomes a private investigator in Los Angeles as Kate sets off on her own. Could Hawkeye Investigations serve as inspiration for Hawkeye’s Bishop Security in the MCU? It seems like a strong possibility. Kevin Feige always looks to the comics for inspiration, while also putting his own spin on character storylines.

Giving Kate Bishop her own security company provides a new twist on what it means to be a hero. Something that Jessica Jones explored as well. While the Avengers have always been incredible heroes, their ways don’t necessarily pay the bills (as viewers saw with Sam Wilson (Anthony Mackie) in Falcon and the Winter Soldier). Diving into the Private Investigator world is an interesting way to establish Steinfeld’s Kate as her own hero. Saving lives in her own way. Similar to Jessica, her hero inspiration in the comics. And by using the comic run as a guide, it seems Marvel Studios may have provided an entry point for the return of Jessica Jones. During the twelve-issue run, Bishop teams up with Jessica Jones to solve a crime for Hawkeye Investigations.  The team-up was rather well received by critics and fans alike, something that Marvel Studios may want to capitalize on.

Rumors have swirled for a long time that Marvel is looking for ways to selectively bring back the Defenders from the Netflix series. For starters, Matt Murdock (Charlie Cox) will make his MCU debut in Spider-Man: No Way Home, while Wilson Fisk (Vincent D’Onofrio) will be appearing in Hawkeye. The latter was confirmed by our Editor and Chief Ms. Lizzie Hill last month.

These two along with Jessica Jones (Krysten Ritter) are considered some of the most well-received Netflix Marvel characters and ones that fans hope would return at some point. As well, Daredevil and Jessica Jones are considered two of the stronger series coming from Netflix. It seems likely that if Cox and D’Onofrio are returning (through a soft reboot) Jessica is not far behind.

While I am excited at the possibility of seeing Ritter return as Jessica Jones, I do not believe she is appearing in the upcoming Hawkeye series on Disney+. If she was, we would have heard more rumors by now. However, I think that whatever transpires in the show, leading to the creation of Bishop Security, opens the door for a crossover. Or even a reintroduction of Jones in the MCU. Perhaps in a second season, focusing on Bishop as she fully accepts the mantle of Hawkeye, we will see Jessica Jones once more.

What do you think? Would you like to see Krysten Ritter back as Jessica? Let us know in the comments or on social media.