THEORY: ‘Hawkeye’ and Jack’s Role in the Journey of Clint 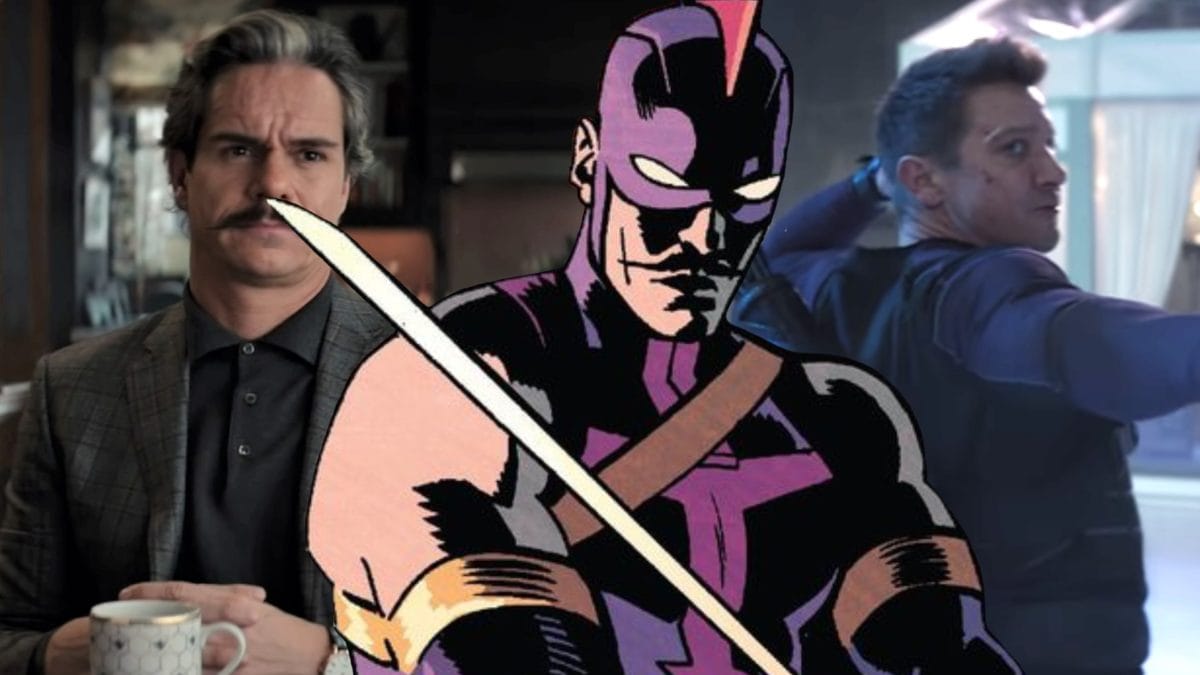 THEORY: ‘Hawkeye’ and Jack’s Role in the Journey of Clint

Watching the first two episodes of Hawkeye, I couldn’t help but fall in love with Tony Dalton’s portrayal of Jack Duquesne (aka The Swordsman). Along with his undeniable handsomeness and charming nature, I thought Jack was obviously being set up as a red herring. Instead of hating him like the bad guy he’s made out to be, the show’s unfair treatment and the heavy-handed way they pointed the finger toward Jack has surprisingly helped him earn my sympathy.

WARNING: Potential spoilers for Hawkeye episodes 1 and 2 below, and the remainder of the show if I nail any of my predictions.

Of course, my knowledge of his comic book counterpart has still made me quite suspicious of the character, but not quite as suspicious as the show is making him seem. His overt obsession with swords and undeniable skill with a fencing saber means that he still might be the Swordsman we know from the original material. But I also think the show could be planning to set up the character for a big moment in Clint’s journey.

While Duquesne and Barton might not have the same mentor/mentee relationship from the comics, I’m still hoping that Jack can provide a moment of growth for Jeremy Renner’s Clint in one way or another. Clint’s past as the Ronin is already a huge part of the story they’re telling in this show, and I’m excited and ready to see how Clint deals with the consequences of those actions. It’s clear that he’s uncomfortable about that aspect of his life resurfacing, but it’s left a mystery as to how much closure he’s had with that side of himself following his family’s sudden resurrection.

Clint’s current relationship with Ronin is still largely a mystery, but the suit has resurfaced whether he likes it or not. Now, innocent and unsuspecting people like Kate (Hailee Steinfeld) and a Grills (the LARPer played by Clayton English) have been wearing it, potentially putting their own lives in danger and possibly deepening Clint’s feeling of guilt to that era of his life. Even more interesting though is the status of the sword that Ronin used, and the possibilities that it could bring.

As far as we know now, Jack was the most recent person to be seen with the sword after he acquired it at that black-market auction. But with Clint desperate to ensure that his life as Ronin is left deep in the past, it wouldn’t surprise me if Kate and Clint go out on some sort of mission to retrieve the sword later (that could maybe be why we see Eleanor, Clint, Kate, and Jack at dinner together).

The way the show is going, I’m almost expecting to see a big face-off with Clint vs Jack with the Ronin sword in hand. Jack might even don the Ronin suit because with them showing exactly where Clint hid it I don’t think it’s entirely removed from the story yet. If they really want to put the cherry on top of this “Clint facing down his past” metaphor, having him come face to face with the Ronin persona in someone else’s hands would be the perfect way to do it. The big question is, could that “someone else” be Jack or Echo (Alaqua Cox) or Yelena (Florence Pugh)? Clearly, some of those characters facing off with Clint, in the Ronin costume would create more drama than others, and would all make for great fights in their own ways.

As far as Jack’s fate for the show it’s hard to tell. I don’t see Jack getting killed by Clint because that’d be against Clint’s arc, and I don’t see him staying behind bars with the black-market-auction type friends he might have. I guess we’ll just have to see. Maybe he and Vera Farmiga’s Eleanor have a happily ever after riding into the sunset-type ending. Wouldn’t that be swell? Although… that seems unlikely given Eleanor is clearly up to something nefarious herself. But perhaps she is another “red herring” for a certain, particularly big, “big bad” we know is coming but is lurking in the background for now.

New episodes of Hawkeye come out every Wednesday on Disney Plus. What do you think about my theory? Let us know on social media or comment below!