Theory: Construction of Sony’s Marvel Universe Right Before Our Eyes 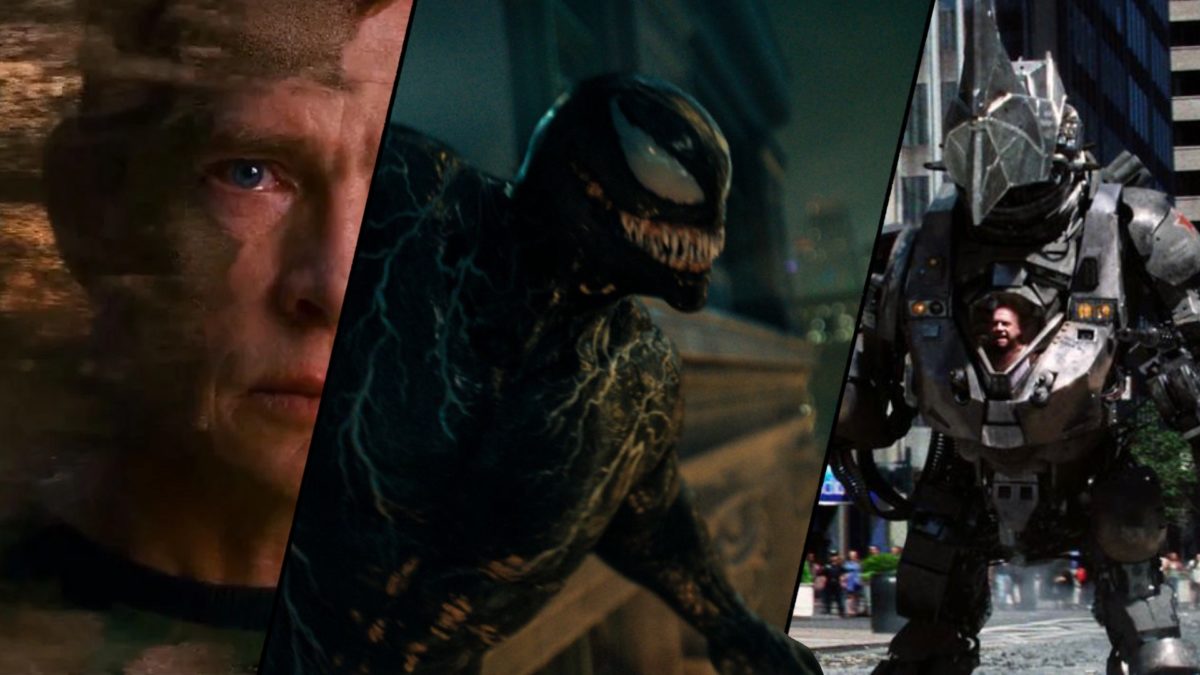 Theory: Construction of Sony’s Marvel Universe Right Before Our Eyes

A report from known insider Daniel RPK’s Patreon has been making the rounds on Twitter and the internet which further points to Sony being full steam ahead with their second attempt at a cinematic universe. If the report is true, Sony is now developing a Sandman and a Rhino solo film based on the Marvel Comics characters and Spider-Man villains. I’m going to operate under the assumption that these will be completely new iterations that are going to star alongside Venom in that universe… to suggest anything otherwise would be confusing and weird; but have you seen that recent Morbius trailer? That’s kind of what Sony is good at.

Honestly, I’m not completely sold on the idea of a solo film for either of these characters; but I am excited for what solo films for these characters could potentially lead to. I’ve recently talked ad nauseam about the confusing nature of Sony’s apparent “plan” here on the site, but now every day with new information things become more and more clear.

Sony seems pretty intent on putting together a Sinister Six film, and I think they’ll drive Sony into the ground to finally get it into theaters. They initially had Drew Goddard developing the film to be released between Amazing Spider-Man 2 and the planned third film in that trilogy. But Amazing Spider-Man 2 was panned critically and became the lowest-grossing Spider-Man film to date, and Sony executive Amy Pascal quickly struck up a deal for the character to premiere in the Marvel Cinematic Universe.

It feels like it’s been centuries since the Sinister Six feature film died, but… maybe it never did. Pascal has since parted ways with Sony and I’m not sure how involved her company still is with Spider-Man (if at all), but just back in 2018 following the release of Spider-Man: Into the Spider-Verse, she did quite the opposite of officially putting Goddard’s film to rest.

Pascal made it pretty clear that while Spider-Man might have moved on to larger worlds, Sony was more than ready and able to move forward with a Sinister Six film. If the reports about Sandman and Rhino are true, there are now at least (give or take) 8 unreleased/in development Sony Marvel Spider-Man projects, most of them revolving around characters who are typically opposed to Spider-Man and related to the Sinister Six.

Right now, Sony has a full grasp on Venom, Carnage, Morbius, Sandman, and Rhino. AND if the Morbius trailer is to be believed they could also potentially have their hands on Vulture, Scorpion, Shocker, Prowler, and Mysterio. They have loads of possibilities to play around with and that’s still barely scratching the surface. If you also want to toy with the other implications of the Morbius trailer and the upcoming Spider-Man: No Way Home, things could get EVEN crazier.

Sony could also have their hands on all the villains of the Raimi and Webb series to play with as well as the possibility of bringing minor Amazing Spider-Man 2 characters like Black Cat and Spencer Smythe to reach their full potential. But that’s only if we come out the other side of Spider-Man: No Way Home and Morbius with a straight head on our shoulders and a clear plan for our future. With Sony, that’s hardly ever a promise.

But, Sony is also apparently developing a Madame Webb film, a character who is very Multiverse centric and could potentially lead to the aforementioned straightening of the head and the clearing of the path. Also, it almost feels unnecessary to point out, but Sony just won an Oscar and is currently developing the sequel to the hit animated film Spider-Man: Into the Spiderverse. If the word “Spider-verse” is any indicator, those stories and characters could absolutely be in the mix as well.

Once again, I’ve given myself a headache. However, here’s my closing case on behalf of Sony Pictures; I believe they have a plan, but I think their failure to make it clear leads to a lot of fans feeling confused. Stories about Rhino, Sandman, and Kraven could make a lot more sense if we knew they would converge in a Sinister Six film. And of course, the Morbius trailer is essentially just one huge wrench thrown in the works. I just really hope we get to see their plan revealed soon in the future.