THEORY: ‘Blade’ May Have Moved for a ‘Venom’ ‘Spider-Man’ Crossover 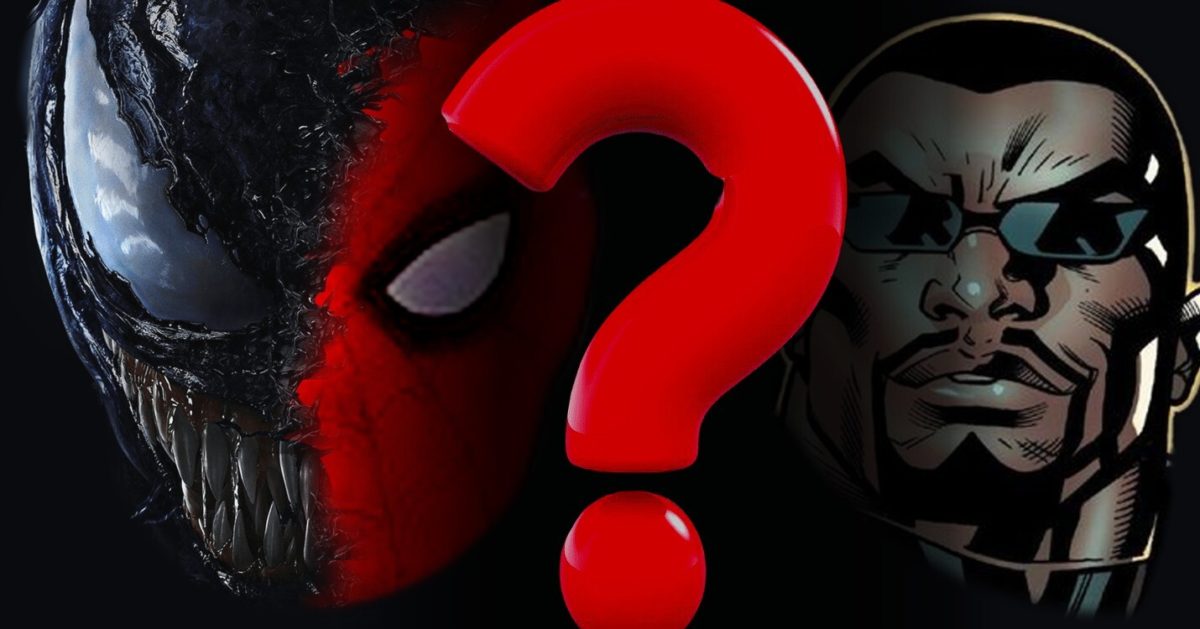 THEORY: ‘Blade’ May Have Moved for a ‘Venom’ ‘Spider-Man’ Crossover

A few days ago, Disney made some drastic changes to their 2022-2023 release schedule. The main changes pertained to Marvel Studios, removing two reserved release dates and shifting almost all of their films one “slot” backward.

While we don’t have any official confirmation of why these changes were made, there are a couple of notable advantages: The delays help Marvel compensate for unexpected filming delays, like on Black Panther: Wakanda Forever; after an atypically congested Fall 2021, the delays create more space between Spider-Man: No Way Home and Doctor Strange In The Multiverse of Madness; and simply, the delays give all the filmmakers a little more time to perfect their work. Good stuff all around, right?

Well, there was a problem. One of the Marvel Studios dates removed from the calendar was October 6, 2023. Marvel Studios has never released a film in October, but this is the second time they’ve scheduled an October date, after previously reserving October 7, 2022 before COVID (and inevitably cancelling that date as well). So why has Marvel Studios suddenly been so insistent on an October date for the past few years, and why did they give it up just last week?

A leading theory is that the October date was for Mahershala Ali’s Blade reboot, because a movie focused on a vampire hunter is perfect for a spooky Halloween date. After using the pandemic to assemble an all-star creative team (writer Stacy Osei-Kuffour and director Bassam Tariq), the film seemed on track for an easy Q3 2023 release. So why did Marvel remove the October date? Does that mean the film is cancelled? Has Blade been delayed to 2024?

My theory is: no, Blade has been neither cancelled nor delayed to 2024. In fact, I don’t think Marvel Studios really even removed that date. I think it could be a Marvel Studios/Sony Pictures collaboration for a Venom/Spider-Man crossover movie.

1. This date is the same date Marvel Studios had reserved earlier
2. It is the first week of October in a “Venom year”

Before I address the magnitude of point 1, let me explain what a Venom year is. With each version of Spider-Man, Sony has always released sequels almost every two years like clockwork (Sam Raimi: 2002, 2004, 2007; Marc Webb: 2012, 2014; Jon Watts: 2017, 2019, 2021). Starting with the latest Spider-Man series, Sony has also scheduled Venom movies in alternating years and almost always adhered to a specific week for each series (Spider-Man in the first week of July and Venom in the first week of October). Putting it together, the pattern becomes really simple:

October 6, 2023 was previously a date reserved for Marvel Studios, probably for their Blade film. We know Sony recently coordinated with Marvel Studios for the post-credits of Venom: Let There Be Carnage. We know that cliffhanger needs to be paid off, and unquestionably deserves its own movie. After Venom 2’s release, Sony would have been naturally preparing the release spot for Venom 3, which will very likely need Marvel Studio’s collaboration based on the twist in Venom 2’s shock ending.

It’s not even a jump to guess that there could be a Venom/Spider-Man crossover in the works. But during the studios’ planning, they must have noticed that Venom 3’s traditional spot was already occupied by a Marvel Studios date. So as part of their joint coordination, Marvel Studios may have simply passed the date to Sony Pictures, who are the official distributors for Venom 3. Then Marvel may have shifted their November 10, 2023 date to November 3 to keep their Blade movie as close to Halloween as possible without overlapping with Venom 3. The fact that October 6, 2023 passed neatly from Marvel Studios to Sony Marvel within the same week, and falls on a Venom year, makes me confident that this change was the result of behind-the-scenes coordination for the long-anticipated Venom/Spider-Man crossover movie.

I would like to emphasize that this is only a theory based on patterns and is not based on insider info. This is simply my interpretation of the news updates of the past week from both studios and based on past patterns that I’ve laid out.

What do you think? Let us know on our social media! I mean, who knows, this could always be for Morbius 2, right?