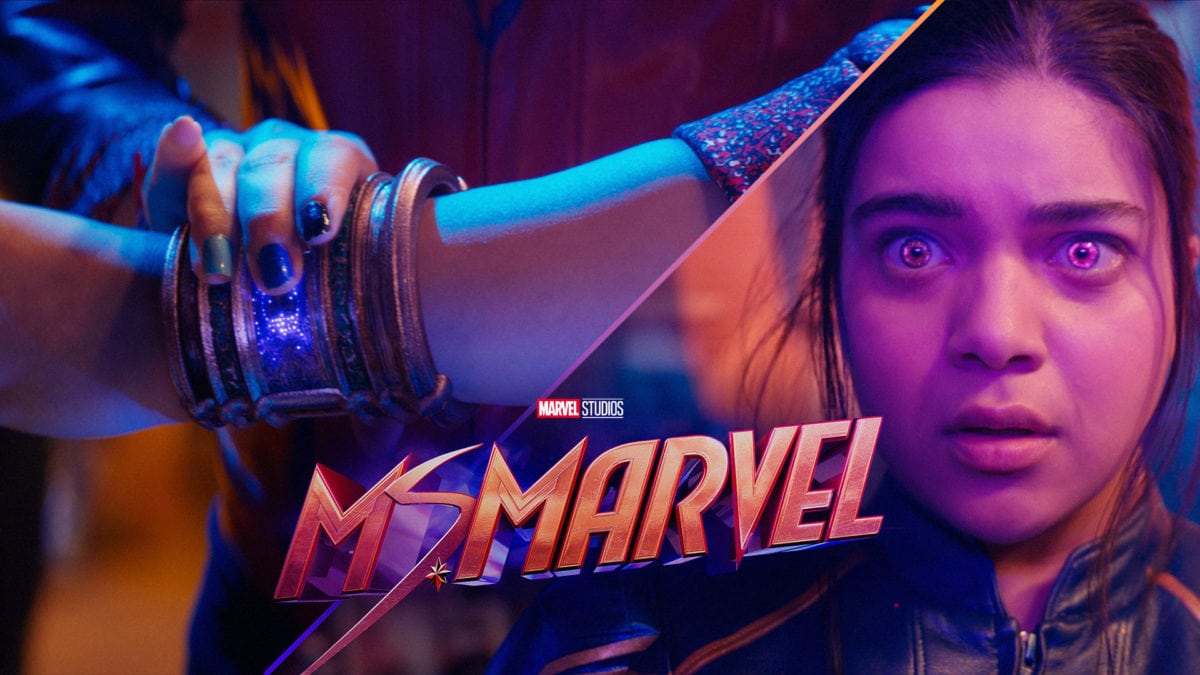 Marvel Studios blindsided fans this week with the premiere of the teaser trailer for the upcoming Disney+ show, Ms. Marvel. Starring Iman Vellani as Kamala Khan, a Muslim American teenager from Jersey City, Kamala is a fan of all things superhero.

We see that her favorite hero is Carol Danvers, aka Captain Marvel and eventually, Kamala comes across an artifact that grants her biggest wish, obtaining superpowers and becoming a superhero like Carol. But this is where many of the fans of the Ms. Marvel comics have grown divided in terms of how Marvel Studios plans to adapt Kamala’s origin story.

I’ve put together a theory about how things may not be as it seems or has been rumored, in the series as far as how this origin story may unfold.

Ms. Marvel: This is No Normal

In the comics, Kamala was not your ordinary teenager from Jersey City. Her DNA contained fragments of a cosmic lineage known as Inhumans. When Kamala came into contact with an element known as Terrigen, the mists activated those inhuman DNA fragments in her body. She underwent a process known as Terrigenesis that granted Kamala her powers from the comics, and the ability to stretch any part of her body at will.

However, it appears as though Kamala may have a different power set for her upcoming MCU debut. Rather than be exposed to Terrigen Mists from a bomb that exploded in her vicinity, her powers will now seemingly come from a bangle Kamala found. And in addition to her shape-shifting abilities, she appears to also have powers resembling those of characters like Wanda Maximoff and Captain Marvel.

Some fans have been vocal about this change in social media, many referring to Kamala’s new skillset as “Marvel’s Green Lantern.” They do not take lightly the possibility that Marvel Studios isn’t correctly paying homage to the original source material.

There have been rumors that Kevin Feige disliked the idea of incorporating the Inhumans into the MCU since the series failed on ABC following the show’s cancellation after just one season. Given that failure, Feige allegedly wants nothing to do with the Inhumans, and thus, Marvel projects that are tied to the Inhumans in the comics are altered dramatically when they come into the MCU as a result.

In the case of Ms. Marvel, there have been rumors that rather than be an Inhuman, Kamala’s origin will now come in the form of her belonging to a long lineage of Djinn, known as the ClanDestine. But just as our editor-in-chief Lizzie Hill pointed out in her report, I too believe that the Djinn storyline will be a red herring. And here’s how I think Marvel Studios plans to tell Kamala’s origin story with their fresh new take while remaining loyal to her true comic origins.

The Red (or in this case, Purple) Herring Theory

In the trailer, we see Kamala attach that particular bangle on her arm, which glows and creates this sort of mystical crystal energy around her body. While observing her powers, she proceeds to call them “cosmic.” That is our very first, on-the-nose, clue about the origin of her powers.

Let’s say for all intents and purposes that the rumor of her being a Djinn was true at some point in the writing and production process. Given the uproar of many fans who strongly disapproved of that particular rumor, Marvel Studios may have taken the opportunity of the extensive reshoots, not to remove the Djinn story entirely, but add to it.

A gut instinct tells me that Marvel is making Kamala Khan’s origin story a Guardians of the Galaxy scenario. At the end of that movie, we learn that Starlord is not 100% human, but instead 50% human and 50% Celestial. There is a very high chance that Marvel may pull a similar trick on this show.

In my theory, Marvel Studios will make the audience, some characters, and probably Kamala herself, believe that she is a Djinn for a large portion of the show. I picture the ClanDestine to be the type of villains that want Kamala to join their family given their “lineage” and believe that her using the bangle is “definitive proof” that she is a Djinn.

However, Kamala will reject this notion because of superhero clichés and sacrifice her dream of being a superhero to save everyone she loves. So after having an entire season of her wearing her bangle, she will break the artifact, and that’ll be that. Kamala Khan will no longer have glowy powers, and she’ll just be an ordinary teenager… Or so we think.

By the first season’s end, the truth of what she is truly is, as well as what that bangle actually was, could be revealed to us. The bangle may contain the element known as Terrigenn and after prolonged use of the artifact, the Terrigen in the bracelet could have altered her DNA and physiology, granting her the polymorphic abilities she has from the comics. And if at some point that DNA is verified, they find out that while her DNA is not 100% human, it does not have a comparable match to the Djinn lineage.

Ms. Marvel and Beyond

An origin story twist like this, if correct, could pretty clearly set up Kamala Khan’s journey in the MCU to discover who she truly is, which will take her to the stars when she meets up with Carol Danvers and Monica Rambeau for the upcoming 2023 MCU film, The Marvels.

What do you think? Are those rumors true about Kamala’s new origin for her powers or could there be some surprise twists in store here? Let us know in the comments or on social media!