The Wheel of Time teased at ‘Comic Con’ 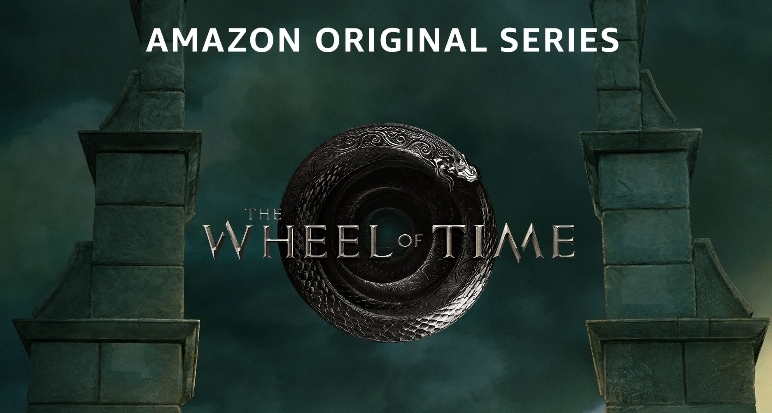 The Wheel of Time teased at ‘Comic Con’

On Friday, Amazon previewed The Wheel of Time franchise at Comic-Con @ Home. The big news: We have a release date! The first season will come out in November of this year, with the 1st episode titled “Leavetaking.” If you’re a fan of the series of books by Robert Jordan, you’ll note that the first episode, “Leavetaking,” shares a name with the tenth chapter of the first book, The Eye of the World.

Check out the snazzy new poster that dropped at the panel for the series below! This poster features a grand Waygate (a way to travel to the Ways, an area outside of reality), with what looks like weaving on the bottom across the stairs, and mysterious show protagonist Moiraine, played by Rosamund Pike. As part of the poster release, the Twitter account for the show teased a little bit of the story, referencing Dragonsworn. If you haven’t read the books, the Dragonsworn are people who have pledged an oath to serve and fight for the Dragon Reborn.

The first season of The Wheel of Time is currently in post-production and has six episodes. Filming for the first season was mainly done in the Czech Republic in 2019 and early 2020. There was some additional footage shot in Tenerife in the Canary Islands as well. Showrunner Rafe Judkins, who produced Agents of S.H.I.E.L.D., also revealed he has about eight seasons planned to adapt the fourteen books in the series. Amazon is so confident about the series that they’ve already renewed it for a season 2. The official Twitter also has teased that they have begun filming season 2 very recently.

And the wheel keeps weaving… Filming for Season 2 of our series kicks off today! #TheWheelofTime pic.twitter.com/Dpj26qabMW

Before The Wheel of Time’s month of release was announced, there was a ton of speculation about when it would land. Netflix’s fantasy-adventure behemoth The Witcher is set to release on December 17, and so it seemed unlikely it would be released at the same time. A date in November wisely puts it several weeks before that.

Check out the full Amazon panel, including with showrunner Rafe Judkins talking about The Wheel of Time, at Comic-Con at home, below!

There’s still time to check out some of the excellent panels from Comic-Con at home.