‘The Walking Dead’ Returns To SDCC ‘The Walking Dead’ Returns To SDCC

The Walking Dead returned to Hall H for the final time, providing fans with an exciting panel and debuting an exclusive trailer of the final season. The majority of the cast was in attendance for the final panel including Norman Reedus and Melissa McBride. Chief content creator Scott M. Gimple and showrunner Angela Kang joined the cast on stage, bringing the thrills, the chills, and some jaw-dropping surprises.

While providing a truly emotional panel, the cast debuted first looks at the final 8-episodes that will conclude the series. However, what came after the panel was the true headline maker at San Diego Comic-Con for The Walking Dead universe.

Some major updates for The Walking Dead franchise

As the cast left the stage, chief content creator Scott M. Gimple remained to bring out The Walking Dead’s two most popular characters, who had departed the show in previous seasons, Rick and Michonne played by Andrew Lincoln and Danai Gurira. Longtime fans have waited since 2018 for a solid announcement regarding the future of Rick Grimes.

AMC originally planned to do a trilogy of Rick Grimes movies, but as time passed, news become scarce regarding their development. But on Friday at Hall H, fans were given a surprise appearance to announce a brand new The Walking Dead spin-off led by none other than Andrew Lincoln and Danai Gurira.

Along with the monstrous announcement of the Rick and Michonne show, we got further details on both Tales of The Walking Dead and Isle of The Dead. Lauren Cohan and Jeffrey Dean-Morgan were actually unable to attend the Hall H panel due to their spinoff, Isle of The Dead, beginning production this week. Chief content creator Scott M. Gimple did tease the series by saying “The show itself is about Maggie and Negan in a mad house known as New York City during the apocalypse.”

Tales of The Walking Dead held its own panel prior to the main show’s panel introducing some of the cast and some plot details. The panel included Scott Gimple, Channing Powell, Michael Satrazemis, Terry Crews, Danny Ramirez, and Samantha Morton. The trailer teases six completely separate storylines that one can only assume will converge onto each other as the show progresses. Check out the trailer below!

Before the monster announcement of the Rick Grimes series, the remaining cast of The Walking Dead came out to deliver the show’s final SDCC panel. For fans of the show, we know that The Walking Dead has always had a huge presence at SDCC each and every year.

Many of the cast members spent time reminiscing about their favorite parts of the show’s incredible eleven-season run. Norman Reedus, who played Daryl Dixon since the show’s inception, teased that many more stories are coming for the fan-favorite relationship between Norman and Carol.

Even though the original The Walking Dead series is ending, I can’t help but feel a new beginning is on the rise. This newly announced Rick and Michonne show is likely to revitalize the franchise in exciting ways. It should also bring longtime fans who once abandoned the show back into the fold. The series will close out the chapter of Rick and Michonne while following them on their journey since Rick’s disappearance in Season Nine. The hanging questions from the last two seasons surrounding these two fantastic characters will finally be answered.

The last time we saw Rick Grimes, he was being carried away on a helicopter after blowing up a bridge. The show carried on without him, with the majority of the characters believing he was dead. The show jumped six years and essentially soft rebooted itself. We will likely see the many adventures of Rick Grimes in that time period, along with Michonne tracking him down. EW revealed to fans in an article that “EW has confirmed that those six episodes will not be a limited series, but rather the first season of a continuing series starring the duo.”

The Walking Dead universe was out in full force at SDCC this year, finally laying the groundwork for the future of their universe. We can expect a total of five shows to be released within the next few years consisting of The Walking Dead, Isle of the Dead, Tales of The Walking Dead, the Rick and Michonne series, and the Daryl Dixon spinoff series. For the first time in a while, the future certainly looks bright for the Dead universe, and longtime fans will certainly rejoice from the surplus of news received this past weekend.

The Walking Dead returns on October 2 with its final episodes, only on AMC and AMC+.

My Experience at Fandemic Tour 2022 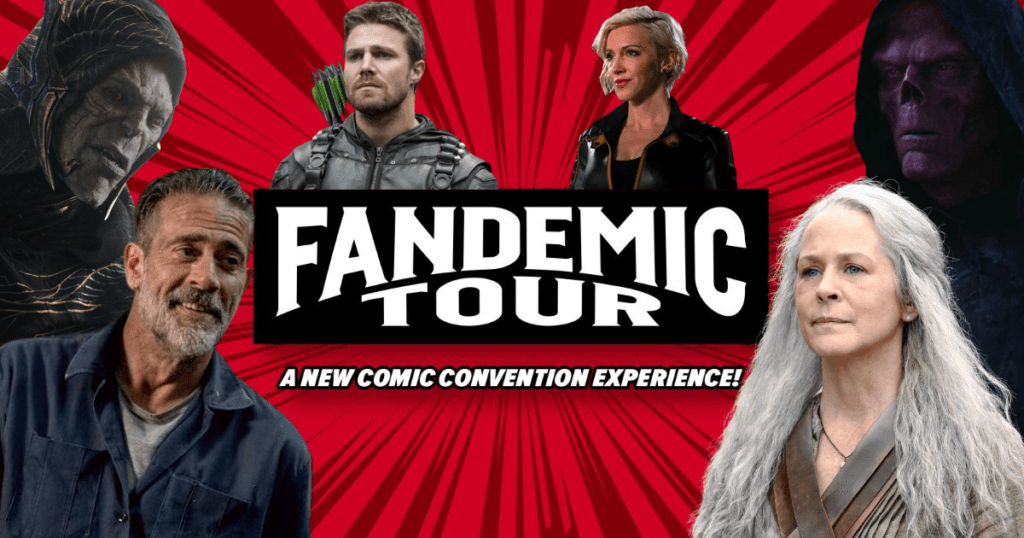