The Most Bizarre ‘Doctor Who’ Stories The Most Bizarre ‘Doctor Who’ Stories

Ever wonder what some of the strangest Doctor Who stories are? It is an indisputably bizarre show, after all. As the Doctor and their companions have the opportunity to roam anywhere and anywhen, it’s understandable that they will have encountered some whacky and outlandish planets, crises, and aliens.

When asked about their picks for the most bizarre Doctor Who episodes, many fans would likely respond with “like, half of them.” But, despite the ever-present oddness of this long-running series, there are a few Who stories that stand strangest above all the others. Stories that are insane even by Who’s standards.

And notice how I say “stories” and not “episodes.” While the TV series has almost 1,000 episodes over its near-60-year run, there are even more pieces of expanded universe media, such as novels, audio plays, and comics.

Today, I’ll attempt to highlight some of these most infamously odd Doctor Who stories across all media forms (in no particular order below). While I have done my research and attempted to find as many of these bizarre stories as I can, understand that I am only one Whovian. Despite how many novels I’ve read and audio dramas I’ve heard, my Who knowledge is still somewhat limited. If I missed your favorite batsh** crazy Big Finish audio drama, I apologize sincerely.

[Warning: Spoilers from various Doctor Who stories are below!]

Some of the Most Bizarre Doctor Who Stories:

1.) The First Doctor in “The Edge of Destruction”

After the incredible high-point that was the first Dalek story, there is the confusing “Edge of Destruction”.

This serial is only two episodes long, yet it is baffling, wacky, and hard to follow. This was the first episode of the series to take place entirely inside of the TARDIS. The First Doctor (William Hartnell), Ian (William Russell), Barbara (Jacqueline Hill), and Susan (Carole Ann Ford) are all knocked out after an explosion, and once they wake up, exhibit bizarre behavior and attempt to attack each other.

The whole adventure is somewhat surreal, and it also is an early attempt to delve into the sentient nature of the TARDIS. It’s a curious little anomaly in the First Doctor’s era, and one that still has fans scratching their heads to this day.

2.) The Second Doctor in “Combat Rock”

This novel, published during the wilderness years of Who, was one of two written by Mick Lewis. Despite only writing two Doctor Who novels, however, Lewis made quite a splash in the BBC Books catalog. Perhaps for the wrong reasons. There was the divisive “Rags” in 2001, and the infamous “Combat Rock” in 2002.

“Combat Rock” is one of the lowest-rated Who novels in the whole series. Sitting at a 2.5 stars on Goodreads, readers seem to dislike this outing.

Why is this story so memorably provocative? It seems like a pretty typical past Doctor adventure on the surface. The Second Doctor, Jamie, and Victoria land on the jungle planet of Jenggel, in the midst of a war between the Papul and Indoni peoples. They must use their resources to bring about peace, and you know the rest.

This story is noteworthy, however, for its shocking violence, drug use, and sexual content. While wilderness years Who novels were known for dipping their toes into the adult sci-fi genre, “Combat Rock” takes this to an entirely new level. There are graphic depictions of cannibalism, long sections of surreal, drugged-out narration, and more profanity than even Ace might use.

The plot itself may not be particularly unusual, but the content earns “Combat Rock” a spot here. It’s especially odd imagining the innocent, clownish Second Doctor having an adventure this hauntingly gruesome.

3.) The Second Doctor in “The Mind Robber”

This one’s often seen as one of the earliest bizarre Doctor Who episodes of the show, it’s not hard to see why.

A Second Doctor classic, this episode follows The Doctor (Patrick Troughton), Zoe (Wendy Padbury), and Jamie (Frazer Hines) as they get lost in a void beyond time and space, where fairytale characters and unicorns come to life.

This serial was ambitious and contained a number of odd scenes. From Jamie and Zoe walking in an endless white void and encountering robots, to a forest made up of giant letters and words, the strangest scene has got to be when Jamie loses his face and the Doctor has to reassemble it like a jigsaw puzzle. He gets it wrong, however, and for a good amount of the story, Jamie has a different face (Hamish Wilson).

Additionally, the TARDIS team faces an enemy called “The Master” in this episode, though, apparently there is no relation to The Master, who wouldn’t appear until the Third Doctor era.

This is one of the most surreal episodes of the B&W era, as well as being one of my favorites.

There are a number of odd, quirky little one-part stories in the Doctor Who Magazine comic strip. Of these, “Salad Daze” takes the cake, as it were.

While sharing a meal together on the TARDIS, the Sixth Doctor attempts to get out of eating a salad that Peri has made for him, calling it “rabbit food.” (Very creative). Peri attempts to force the Doctor to eat it, but not before fat-shaming him.

The Doctor has a device with him called the “Personal Reality Warp” (this is never seen again) which he instructs Peri not to touch. Peri, of course, touches it and is sucked into a bizarre fantasy world modeled off of Alice in Wonderland. The catch: every character is an anthropomorphized vegetable. And the Doctor stars as the White Rabbit, complete with a set of ears.

Why does this story exist? I couldn’t say. Probably comic relief. It is safe to say that it hasn’t aged the best, though. And, on top of everything else, why does Six hate salad so much?

5.) The Sixth Doctor: “My Own Private Wolfgang”

This was an audio play that was included in Big Finish’s 100 anthology, and boy, a far as bizarre Doctor Who episodes go, is it a doozy.

Revolving around the Sixth Doctor and Evelyn, this story is notable for its handling of the alternate history subgenre. Most alt history Who stories, such as “Rise of the Cybermen” or “Blood Heat” revolve around the Doctor visiting an alternate universe where something was different in history. “My Own Private Wolfgang” however, revolves around the Doctor and Evelyn actually changing the timeline surrounding the life of one Wolfgang Amadeus Mozart.

In the Whoniverse, apparently, Mozart lived to be an old man, whose career declined and his legacy tarnished. However, through all sorts of time-traveling antics, the TARDIS team changes the timeline to the one we are familiar with, where Mozart dies young in 1791. Additionally, they battle a number of clones of the classical composer, for some reason.

This is less of an individual story and more of a long, multimedia plot arc. Nevertheless, “Faction Paradox” is strange enough that it deserves inclusion here.

This convoluted story arc began in Lawrence Miles’ 1997 Eighth Doctor novel Alien Bodies, and it continued on through numerous other novels, audio plays, and comics.

It revolves around a time-traveling death-cult from the future, who interfere with the established Who timeline and lore. Although many bizarre occurrences happen in this series, the Third Doctor having an alternate regeneration is certainly a notable moment.

This one is a little different from the rest of this list. It’s a little less surreal, but it’s no less ridiculous. From the title alone, it should be apparent that you’re in for a wild ride.

Everything that happens in this episode is great, if completely out of left field. From the revelation that Amy’s (Karen Gillan) childhood best friend is her own daughter and a pseudo-Time Lord, to the assassin robots from the future filled with tiny people, to the appearance of one of history’s most despised figures – this episode is chaotic, fast-moving, and breathtaking.

It’s probably the funniest Eleventh Doctor (Matt Smith) episode, while also being one of his most significant. So much happens in so little time, that it’s impossible not to look back on this episode and say “oh, yeah, wtf was that??”

What are your favorite strange Doctor Who stories?

Doctor Who returns in October for Jodie Whittaker’s finale episode. Did we miss any of your favorite bizarre Doctor Who stories? Let us know in the comments or over on Twitter! And if you haven’t already, check out my article on my hopes for the Doctor Who Centenary Special! 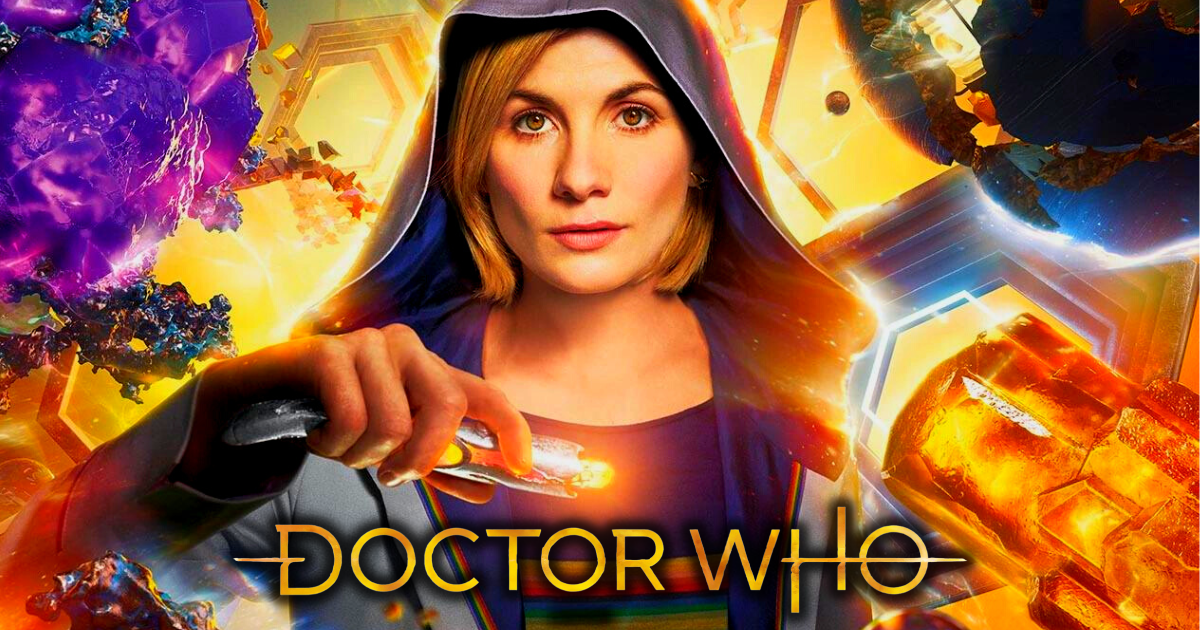