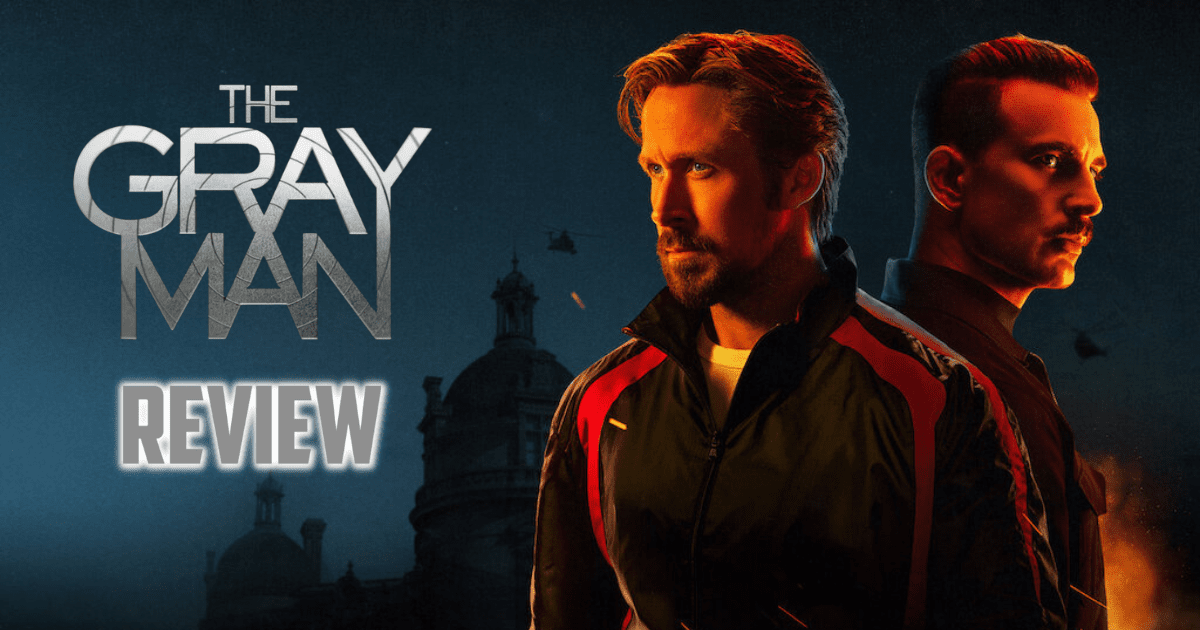 Joe and Anthony Russo are no strangers to high-velocity action films. As a dynamic duo, the two directed four wildly successful Marvel Studios films, such as Captain America: The Winter Soldier, Captain America: Civil War, and Avengers: Infinity War. So it didn’t come as a huge surprise to see their names attached to The Gray Man, the newest blockbuster hit from Netflix.

The film was not only directed by the brothers but was also written by Joe Russo, similar to Extraction, which came out in 2020 and starred Chris Hemsworth, as well as the 2023 sequel currently in production. Starring Ryan Gosling, Chris Evans, and Ana de Armas, The Gray Man has all the makings of a stellar action film, so was it? Time to explore the ins and outs of The Gray Man and determine if it is worth your time.

[Warning: Spoilers from The Gray Man are below!]

The film opens with a handcuffed Courtland Gentry (Ryan Gosling), an individual who is in jail for murder. A very serious Donald Fitzroy (Billy Bob Thornton) sits across from him, offering him freedom for a life of servitude as a governmental assassin. Agreeing, Gosling’s character assumes the codename Sierra Six and begins his new life as a Gray Man – someone who never fails to complete their mission and can easily disappear into a crowd because they don’t draw attention.

Eighteen years later while on a mission, Sierra Six discovers that his target was a previous Gray Man from the same program, Sierra Four (Callan Mulvey). Targeted because he was suspected of selling national security secrets to the highest bidder, Sierra Four entrusts an encrypted drive to Six. Four indicates that the drive contains information about corruption by Denny Carmichael (Regé- Jean Page), the lead CIA agent on the Sierra program and the one who called for the death of Four.

Still following through with his mission, Six turns his back on the CIA, wishing to uncover what’s on the drive. This one choice sets quite a few things into motion. Carmichael, worried about becoming exposed, sends his personal contract killer Lloyd Hansen (Chris Evans), after Six.

Lloyd is the definition of a psychopathic, exhibiting violent behaviors, a crazed look in his eyes, and a questionable mustache. He will stop at nothing and use any means necessary to capture his prey, which definitely led to a few stomach-turning scenes. If you get easily queasy, cover your eyes when Hansen grabs the pliers, you’re welcome.

Six on the run

Carmichael and Hansen don’t make it easy for Six to succeed in escaping and exposing the corruption. While Six is smarter than most and exhibits a tenacity to fight his way out of every situation, Carmichael and Hansen are always right on his tail. The dynamic between these three characters leads to some edge-of-your-seat cat-and-mouse action. I held my breath multiple times throughout the film, as I thought for sure Six was about to be captured.

The chase takes viewers through many different, awe-inspiring cities across Europe and Asia, as Six gets in touch with allies from his past. However somewhere his mission switches from uncovering the truth to a rescue mission for Claire – the niece of Thornton’s Donald Fitzroy and someone Six used to protect as a charge. The change in Six’s motivation brings him in direct conflict with Hansen multiple times, bringing even more nail-biting action into an already jammed action film.

Great parts of The Gray Man

The action in this film was just something else. Between the chase scenes and the hand-to-hand combat, the film has something for everyone. The amount of work put into the choreography and training is just insane. Gosling, Evans, and Ana de Armas all had fantastic action sequences, which elevated this film from other bargain bin action flicks.

One fight right at the beginning of the film, which took place in the middle of a firework show, blew my mind in ways I don’t think I can even begin to explain. The use of color in that scene alone was something spectacular, setting the tone for the rest of the film for me.

Chris Evans was incredible in this film as borderline deranged Lloyd Hansen. In a movie typical of young Disney stars looking to shed their good boy/girl persona, Evans is as far away from Captain America as possible. Gone are the good boy antics and the desire to save the world. However the ability to “do this all day” still applies to Lloyd, if torture is the activity on the docket.

I also loved that Ana de Armas wasn’t relegated to the typical love interest of an action film role. As Dani Miranda, a CIA agent who ends up working with Six, she has a substantial part and doesn’t shy away from the action and getting dirty.

Parts of the film that were flat for me

Many times throughout the film I had to ask myself what was going on in the film. There were so many plot lines and the film moved so quickly that it was hard to keep track. I remember specifically at one point being like “wait, weren’t they just chasing six to get the drive? And now Six is chasing them to get Claire? What about the drive?” Questions like this ran through my head so many times.

By the end audience members should be able to straighten everything out in their heads, however, the film doesn’t give you a lot of time to process what is going on or why characters are doing certain things. I think the film could have benefited from some additional moments to breathe, allowing viewers a chance to decompress and absorb what was happening.

Going into this movie I wasn’t quite sure what to expect. I’m not a huge action person, with the exception of the Marvel movies. I was going into the film purely on my need to see Evans’ mustache in action. I walked away pretty impressed with what I saw. Sure there were flaws, most movies have them. However, those flaws didn’t take away from my overall enjoyment of The Gray Man.

With today’s announcement that the Russo Brothers are returning to direct a sequel to The Gray Man, with Ryan Gosling set to reprise his role, as well as a spin-off in development with Rhett Reese and Paul Wernick writing it, it seems like this could be the next big franchise at the streaming service. Hopefully, this film signals the new era of high-quality films by Netflix because if they are all this good, we’re in for a treat.

The Gray Man is currently streaming on Netflix.