The Future Of CD PROJEKT RED Games (The Witcher, Cyberpunk) The Future Of CD PROJEKT RED Games (The Witcher, Cyberpunk)

When it comes to creating games that will get a lot of publicity with their little recognition, CD PROJEKT RED has that covered. They’ve created adaptations of the Witcher games, including the very popular and acclaimed The Witcher 3: Wild Hunt, and most recently in 2020 they released Cyberpunk 2077. We’ve known for some time that RED has wanted to develop another game from the Witcher universe, but from what they’ve recently announced it seems that this isn’t the only production in line for release, and there are more to come.

After the worldwide success of The Witcher 3: Wild Hunt, CD PROJEKT RED said it would not make any more Witcher games for a long time. Well, that time has come now, and in a very unexpected way. We have announcements of not one, not two, but three games set in the Witcher universe under development.

The first of the games is using the codename “Project Polaris.” This game will be based on the legacy set in the storyline of The Witcher 3: Wild Hunt. It’s going to be a big story-driven RPG open-world just like its predecessor. Just as the games in The Witcher series were their own trilogy, “Project Polaris” will be the spark that starts a new independent trilogy of Witcher games.

Interestingly, the team involved in the development of this game includes more than 150 people, and that’s just from the CD PROJEKT RED team only. Maybe it’s not a huge team to create such a game (For example Witcher 3’s team was over 1,500 people from all over the world) but we have to trust them to do their best.

The second game is called “Project Sirius.” It will be a completely new Witcher game, with a new story, new characters, and new mechanics, created specifically for a new audience. While fans of The Witcher will also enjoy the game, its target audience is newcomers unfamiliar with the universe. And it’s a good decision because the Netflix series has become so popular that many people still don’t know that there are books on which the show is based, and games that develop Geralt’s story much more.

The last game revealed that’s set in the Witcher universe is “Project Canis Majoris.” We know that this is indeed a remake of the first Witcher game. It will also remain an open world, story-driven RPG developed on Unreal Engine 5. The entire game will be developed by a small 3rd party studio “Fool’s Theory” run by ex-Witcher/ex-CD PROJECT RED veterans who know quite a bit about the universe. [Updated 10/26/2022]

The first two games that I mentioned are now in pre-production, while the status of the third game is unknown. We can only speculate what the games might be about, but it was said some time ago that the so-called “Witcher 4” would be a game about Ciri. Her story would be a continuation of those from the games, obviously two of the three endings that were available in the main story run of The Witcher 3. And from the information we have, it seems most likely that since “Project Polaris” is a “continuation” of the legacy of The Witcher 3, it could be just that.

I’m a really big fan of the games in The Witcher series, especially Wild Hunt, which I’ve played again 7 or 8 times. These games are truly a full RPG experience with plenty of options for ending a conflict, multiple story arc endings, or even the perfect climate for each region. I sincerely hope that each of these games will be almost as perfect as Witcher 3: Wild Hunt, well I said almost because honestly, it’s one of the best games I’ve ever played.

All three games are expected to be released within six years of “Project Polaris,” (to be released after 2025). They will be available on next-gen consoles and PC, and we can assume that one of them will be developed on Unreal Engine 5, which is something that all gamers would like to see.

Cyberpunk 2077 is a game that did not receive such favorable reviews at the time of its release. No matter what platform it was released on, gamers always found a reason to say something bad about it. Sometimes it was justified and sometimes not, but there is one thing we can all agree was excellent about the game, and that was its story. The story of this game is well-written, with elements of surprise, twists, and turns, moral decisions, and dialogues that are only available for certain classes. The decision to give the player a first-person game in which one can choose how a character’s fate will end is something every RPG dreams of.

Perhaps the ending of Cyberpunk 2077 wasn’t as perfect as everyone thought. V’s fate is set no matter what we do but we can still choose how many arcana will end and decide how V will live out its final days. To this day, the ending of this game along with P. T. Adamczyk & Olga Jankowska’s “Never Fade Away” cover playing in the background brings me to tears.

Compared to the announcement of the follow-up to The Witcher 3 (we had to wait 7 years for it) it’s just over a year for the sequel to Cyberpunk 2077. I’m not surprised by this decision, since Netflix’s Cyberpunk: Edgerunners has become such a popular series. For now, Cyberpunk 2077’s sequel is called “Project Orion” and it’s meant to prove the full power, potential, and experience that comes from the Cyberpunk universe.

I think expecting a story that is on the same level or even better than the one we saw in Cyberpunk 2077 is something that can happen. CDPR’s writers have repeatedly proven that they can write emotional, passionate, amazing, and almost impossible-to-copy stories.

Before we get the sequel to Cyberpunk 2077, a DLC called “Phantom Liberty” is coming and is in the final stages of production. While we don’t know exactly what it will be about, we do know that V will be doing something dangerous to the New United States. It will be full of action, blood, explosions, and cyberpunk. Of course, Keanu Reeves will reprise his role as the inimitable Johnny Silverhand.

CD PROJEKT RED will set up a new studio in the United States (more specifically In Boston), where the main work on the Cyberpunk sequel will take place. The core team responsible for Cyberpunk 2077 is to work on the title. In addition, a team from Vancouver will help with the work.

Even though many people considered Cyberpunk a CDPR failure, I had great fun, and I will still. Currently, we don’t know when the sequel to Cyberpunk 2077 will be released, but we do know that the DLC will appear in 2023. 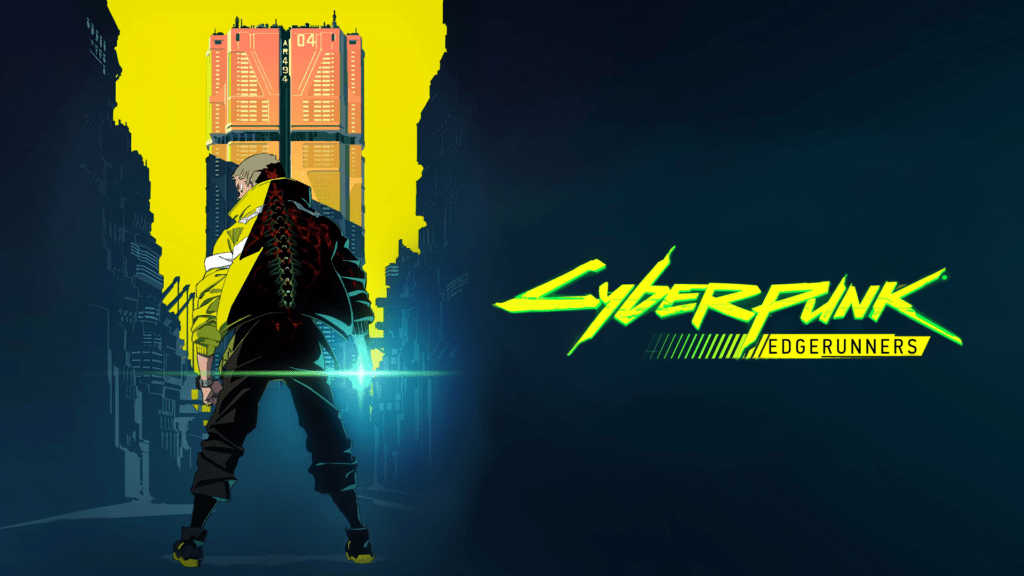 If you remember, after Cyberpunk 2077’s release there were a lot of fan appeals to fix the game. Of course, not everyone had problems with the game, but some found playing it “torture” and “agony” because of lags, bugs, and glitches. CDPR “listened” to the fans and all they did was release videos about how sorry they were and explain their plans for the future of Cyberpunk.

Although their intentions were good, many fans were angry and considered it a “damage control” for everything that happened with Cyberpunk (Before its release, the game had been delayed three times since its announcement in May 2012). Although the developers promised to fix everything and make the game more playable again, they didn’t do so until March 2022. It was a big disappointment for everyone who paid for the game to play it on their old-generation consoles, which only supported 20-25 FPS and quality below 720p, which was considered the minimum graphics quality for games like 10 years ago.

All these PR problems have affected CD PROJEKT RED’s authority and its reputation as a reliable and consumer-caring game studio. Their stock plummeted after the release of one of the patches that were supposed to “fix the game,” which became their final warning in deciding what to do next to once again become that good game studio everyone knows they are. But will it happen, and will we see CD PROJEKT RED reborn from the ashes like a legendary phoenix?

Since there wasn’t room to mention it because it’s not clear what it’s about, let’s talk briefly about “Project Hadar.” This is a new standalone IP (intellectual property) game from CDPR. It will not be related to the Witcher or Cyberpunk universes. It’s been in incubation since 2021 and is currently in the conceptual stage and we know nothing about it. Maybe it’s some kind of new RPG or maybe a mobile game, we don’t know that yet, but the fog of mystery will probably be lifted soon.

Only time will tell what’s going to happen with them and all those games. I wish them good luck and I hope that those games will not disappoint gamers and will be another contender for many games of the year awards like The Witcher 3. The first of those games (not including Cyberpunk’s DLC) will likely release in 5 years since it took them that long to make Cyberpunk, and even The Witcher 3: Wild Hunt.

For more about CD PROJEKT RED games visit their website. Have you played The Witcher Cyberpunk 2077 or their other games? Let us know what you think on Twitter @mycosmiccircus or The Cosmic Circus Discord!

What I Heard: The Title and Team of the Upcoming Witcher Animated Film 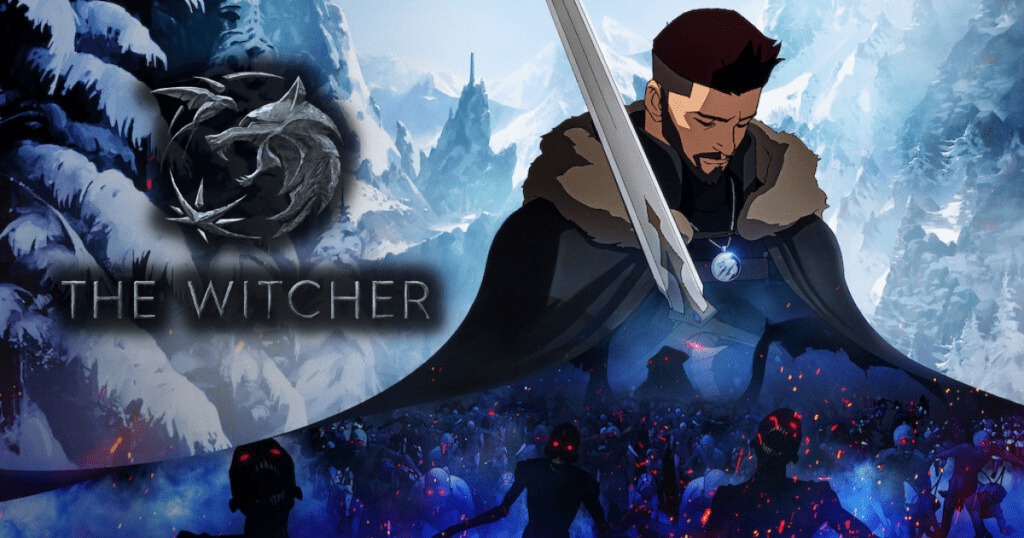