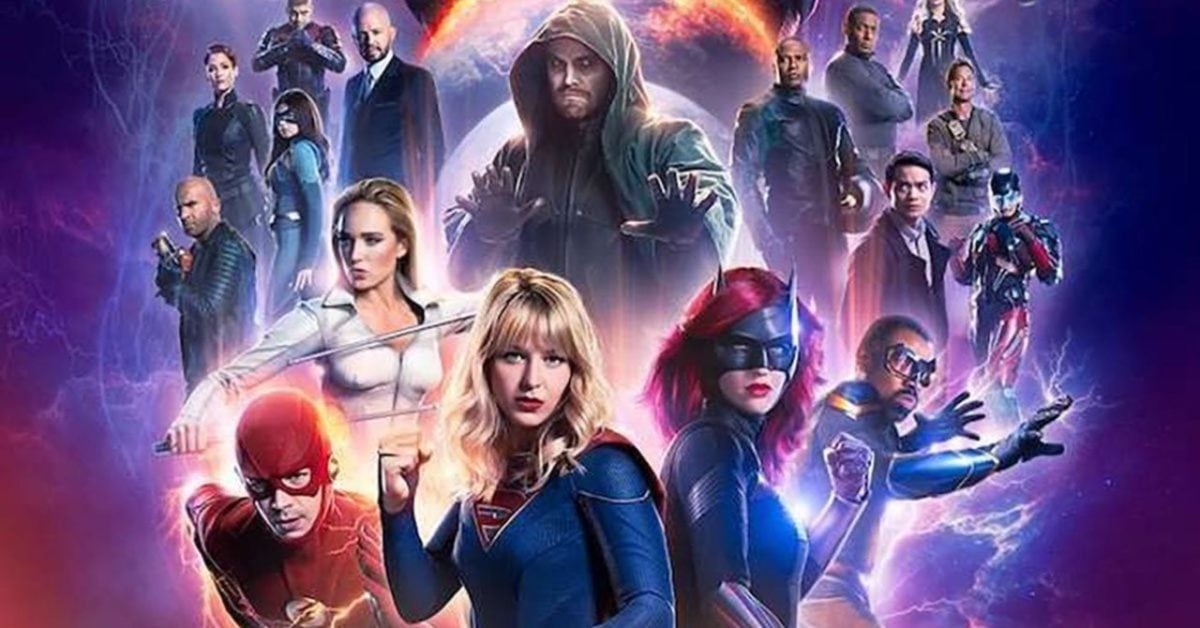 With many of the regular season Arrowverse series coming to a close after an awkward television season due to the ongoing pandemic, it’s time to turn to the future of some of our favorite CW shows. Previously the CW announced their fall schedule for the 2021-2022 season, which appeared to have a staggered approach for the release of their shows. During this panel by The CW President Mark Pedowitz, it was announced that The Flash would return on Tuesday, November 16 with a five-part event before it finishes its season sometime in 2022. At the time not much was known about the event, which they did indicate was not a crossover but would have stars from across all Arrowverse shows appear. Today we finally know who will be making an appearance in the mysterious, “not a crossover,” crossover.

According to Chancellor Agard over at Entertainment Weekly, seven stars, five heroes and two villains are returning to their roles in an event titled “Armageddon”, which doesn’t sound good at all for our Scarlet Speedster. Returning are Cress Williams as Jefferson Pierce/Black Lightning, Brandon Routh as Ray Palmer/The Atom, Kat McNamara as Mia Queen, Javicia Leslie as Ryan Wilder/Batwoman, Chyler Leigh as Alex Danvers/Sentinel, Osric Chau as Ryan Choi, as well as Tom Cavanagh and Neal McDonough as Eobard Thawne/Reverse-Flash and Damien Darhk respectively.

Some of these names I’m not surprised to see attached to this event, such as Leslie and McNamara because their stories still feel ongoing, with Ryan leading Batwoman and Kat’s story hanging from the end of Arrow. However, names I am surprised to hear that will be appearing are Cress Williams, Brandon Routh, and Tom Cavanagh.  Black Lightning came to a close a few weeks ago with Jefferson hanging up his suit and passing the torch to his daughters and the rest of the younger generation. It felt like a proper conclusion to his character arc, so I wonder what forces may drag him out of retirement.

As well, Routh’s Ray Palmer’s story also came to a conclusion last season of DC’s Legends of Tomorrow with his character marrying the woman of his dreams and leaving the ship for simpler pastures. Cavanagh also left his respective show, however came back a few times after his last episode as a main crew member to reprise one of his many roles. So I suppose that one shouldn’t be quite as much of a shock. The official tagline for the event reads:

“A powerful alien threat arrives on Earth under mysterious circumstances and Barry (Grant Gustin), Iris (Candice Patton), and the rest of Team Flash are pushed to their limits in a desperate battle to save the world. But with time running out, and the fate of humanity at stake, Flash and his companions will also need to enlist the help of some old friends if the forces of good are to prevail.”

The world is under attack once more by an alien race and it seems Barry needs the help of the Arrowverse Justice League to protect Earth. Definitely a crossover. What is interesting though is if the world is under attack, where are the likes of Superman and Supergirl? Does this spell doom for Kara Danvers (Melissa Benoist) as her show comes to a close this fall? Or is their absence simple due to scheduling conflicts? Fans will have to wait and see as the event draws closer what it means for some of our heroes. The Flash’s showrunner, Eric Wallace had this to say about the epic five-part event.

“Simply put, these are going to be some of the most emotional Flash episodes ever. Plus, there are some truly epic moments and huge surprises that await our fans. And we’re doing them on a scale that’s bigger and bolder than our traditional Flash episodes. So yes, ‘Armageddon’ is a lot more than just another graphic novel storyline. It’s going to be a true event for Flash and Arrowverse fans, old and new. Honestly, I can’t wait for audiences to see what we’ve got planned.”

Emotions, epic moments, and huge surprises? Exactly why I tune in to the big crossover events. I am looking forward to seeing many of these fan-favorite heroes suit up once more on screen. November can’t come soon enough.

The Flash returns for its eighth season on November 16 in a Five-Part epic event.