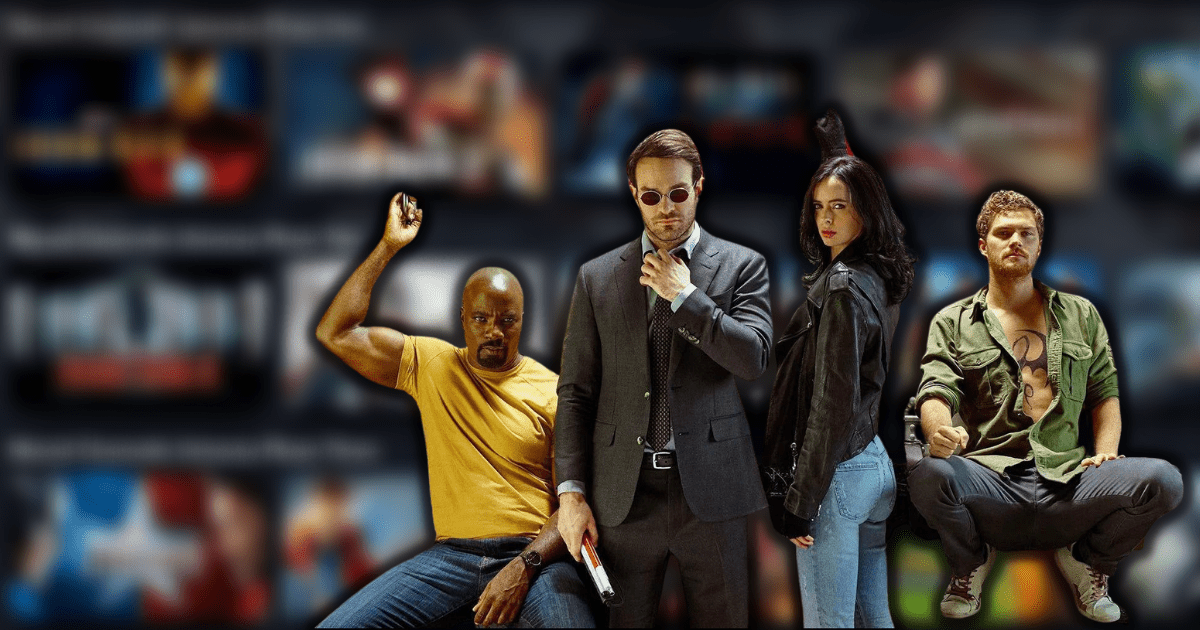 We are just days away from the arrival of the Marvel Netflix shows and Agents of S.H.I.E.L.D. on Disney+. While these shows are not new productions, having all of the Marvel projects under a single roof has brought new excitement for the Defenders, especially after Charlie Cox’s appearance in Spider-Man: No Way Home. With the arrival of these shows on Disney+, I have been wondering where the shows will be placed on the streaming service. There are two distinct possibilities and where they fall may help us predict how these characters will be enveloped into the MCU proper.

Under the Marvel header, those at Disney+ have provided a few different sections and ways to watch the MCU. The “phase section” broke the movies up by the phases they were released in theaters, allowing fans to explore the MCU in the natural way it was created. However, below the phases, Disney+ gives an MCU timeline where audiences can watch the films in the MCU’s chronological order. Both the phase and MCU timeline sections have only the films and TV shows created and approved by Marvel Studios and Kevin Feige.

So armed with all this knowledge, where will the Defender series and Agents of S.H.I.E.L.D. be placed? For the latter show, it seems like an easy call that it will be placed solely in the Marvel TV Shows and Specials section because those at Marvel Studios have been adamant that the series does not exist within the MCU. However the Defenders series feels a bit more tricky to place, because of what is known about Charlie Cox’s reprisal of Matt Murdock.

Besides the cameo in No Way Home, Cox will be in She-Hulk with a brand new yellow suit, as well as other appearances peppered throughout the MCU prior to his own series rumored to be filming by year’s end. Cox has once again cemented his future with Marvel Studios, meaning there is a good chance we could see Daredevil placed within the sacred timeline. While his return comes with a soft reboot of sorts, the rumored Daredevil show would likely bring back the entire cast of the Netflix version, meaning that to erase the show completely from MCU continuity may prove difficult. So again, I wouldn’t be surprised to see it placed in multiple sections and tied to the MCU proper.

However, Daredevil feels like an easy one, what about the series whose stars haven’t already appeared in the MCU? This is where I believe Marvel Studios will begin cherry-picking the Defenders series. In a similar way to how Agent Carter is a part of the MCU and Agents of S.H.I.E.L.D. is not, some of the Defenders characters and stories will make the cut, and some will be relegated to Marvel Legacy, the nursing home for past projects Marvel Studios wants to forget. I think it’s a fair guess that Iron Fist will unceremoniously be dumped there, especially after the new Disney+ advertisements make no mention of the show at all. It’s widely known that show is disliked by critics and fans alike.

With rumors of Jessica Jones’ (Krysten Ritter) return, along with rumors of Jon Bernthal’s return as The Punisher, I’m more inclined to think their shows may be reinstated to the MCU timeline on Disney+. However, with their return not announced, it may be a bit before they are moved to their rightful place in the phases and chronological order. Luke Cage is the biggest wild card, especially when you factor in the rumor that he may be recast. While I would love to see Mike Colter back in the role, it seems that he has moved on to other projects. So that show as well may be left in the Legacy arena with Iron Fist.

Regardless of where the shows are placed, I’m excited to have them together with the other MCU projects, and I can’t wait to see some of our favorites return to the MCU proper. But what do you think? Where will the shows be placed when they land on Disney+? Let us know in the comments or on social media!

The Defenders’ Series and Agents of S.H.I.E.L.D. land on Disney+ this Wednesday.