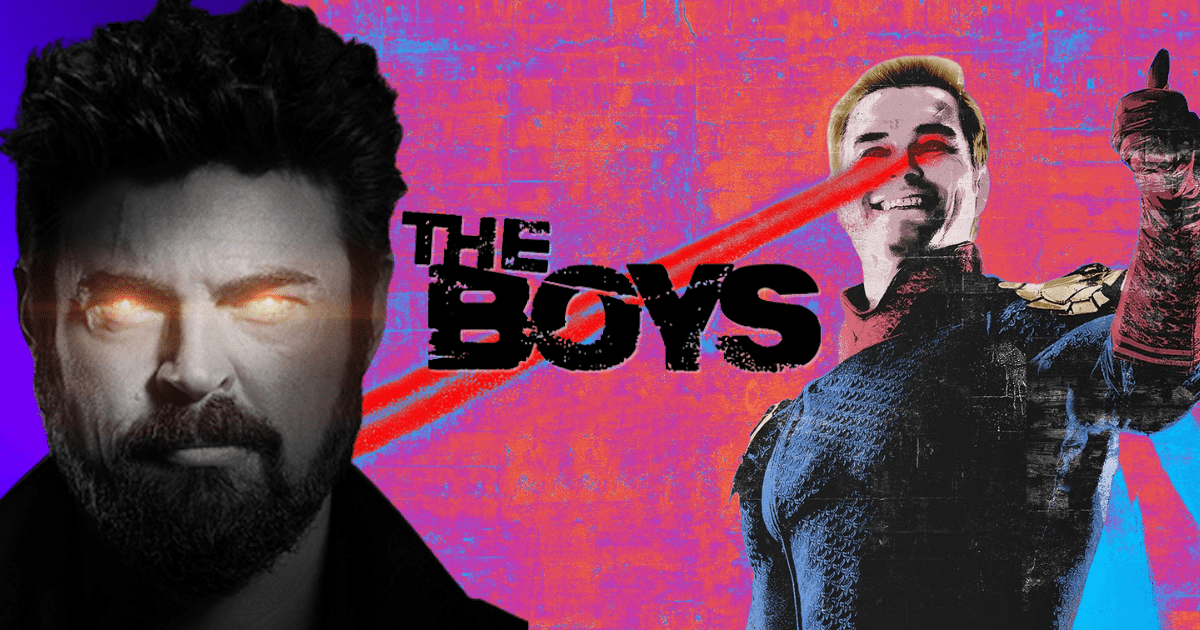 The Boys season 3 has wrapped up with a simultaneously meditative and explosive finale. Time and again they have effortlessly delivered some of the most fantastic TV in recent memory, and I just want to wallow in it for a little bit. While I certainly don’t think my writing abilities are on par with that of the writers for The Boys, I figured I’d try my hand at analyzing where the season 3 finale left us, and make some predictions for The Boys season 4.

[Warning: Spoilers for season 3 of The Boys below!]

Where could The Boys season 4 go from here?

The final scene of the series with the Boys in their NYC HQ did a lot of heavy lifting establishing what the battlefield will look like once we catch up with them again. One of the most exciting elements is the fact that Annie (Erin Moriarty), aka Starlight, is now officially a member of the team. The ultimate closure to her three-seasons-long arc began the moment she became one of the Seven, and she’s now a key member of the team that is plotting to take them down.

I suspect there will be less tension between the team next season than expected, especially between Annie and Butcher (Karl Urban). The one thing he held against her, the fact that she was a supe, is now leveled out with Butcher. Any further conflict between the two would feel too forced, so I’m hoping to see a new, more cooperative, and relaxed work environment in the future.

After Butcher’s diagnosis at the end of the season, I’d hope he comes back with a more laid-back approach. While of course, a more cooperative Butcher would be the optimum outcome, it’s probably more in character for Butcher to go the other direction. His mission to kill Homelander (Antony Starr), end the supes as a whole, and now save Ryan has been given a 12-month timetable. It’s more likely he’ll kick things into high gear, but maybe he’ll constructively use the team’s newfound work-togetherness to achieve their mission in the available time. However, that’s probably just hopeful optimism.

Although, there could be another route for Butcher and The Boys as a whole. Following Kimiko’s (Karen Fukuhara) choice to become a supe once again, there was still a lot of permanent V left in that bottle. I don’t think it’s totally out of the question for Butcher to take some of the permanent V to save him from his deteriorating brain. Then, it wouldn’t surprise me to see Hughie (Jack Quaid) and the others follow suit.

I’m sure Mother’s Milk (Laz Alonso) is probably angry he wasn’t able to take on Soldier Boy himself, and would likely jump at the opportunity to give himself a fighting chance to protect his family. The only one I’m not sure of would be Frenchie (Tomer Capone), but he was given a conflict this season and he would’ve greatly benefited from having some powers. Either way, I suspect that the extra supe juice was a purposeful addition, and it seems likely we’ll see it come back into play next season.

What’s happening to the Seven? (or I guess now the Three)

Season 3 meant the destruction of the Seven as we know it. The season started with the Seven having one major hole in the team following Stormfront’s (Aya Cash) departure from the lineup, and a short storyline was dedicated to finding her replacement. The inherent comedy of a reality show dedicated to finding a replacement for a superhero team is great but short-lived.

The eventual replacement in the form of Annie’s old friend Supersonic (Miles Gaston Villenueva) is cut short when Homelander murders Supersonic to warn Annie of what’s to come if she doesn’t fall in line. Then, as the season further unraveled, both Maeve (Dominique McElligott) and Black Noir (Nathan Mitchell) saw their exit from the team in their own ways. Now, following Annie’s official retirement as Starlight and joining the Boys, the Seven is down to just three members: Homelander, The Deep, and A-Train.

Homelander is more socially powered and overbearing than ever, demonstrated by his few scenes of the season. A-Train and The Deep (Chase Crawford) continue to be put down by Homelander as he grows his fanatical psychopathic base of supporters. A-Train (Jesse T. Usher) has had a whole storyline this season, putting the important things into perspective for him. Right now he’s at a crossroads – a point where he can either choose to join Starlight and the Boys on their mission to destroy Homelander or fall deeper into his failures and help Homelander secure his place as the king of society.

The most terrifying and primal part of the season was the re-introduction of Ryan (Cameron Crovetti) into the fold. Ryan and Homelander are dead ends for each other, their relationship having devastating consequences for both of them. Homelander is Ryan’s only tie to the supes world, and should Ryan walk down that path without hesitation it could lead to him becoming something worse than his father. But on the other side of that coin, Ryan is Homelander’s only connection to his humanity. If anyone is going to “save Homelander,” it’s going to be Ryan.

While I don’t expect a straightforward happy ending as such, I do think that with Ryan now stuck closely by Homelander’s side, they’ll really drill into his psyche. Mess around and find out what truly drives Homelander at the primal level, and what makes him who he is. Maybe even dig more closely into the story of his past. Either way, putting these two characters in such close proximity to each other is sure to have interesting consequences.

Is Soldier Boy in for a Winter Soldier-style awakening?

One of the most interesting additions to the series was Jensen Ackles’s Soldier Boy. But the resolution to his story was a little abrupt for me to believe he’s completely done. Grace Mallory (Laila Robins) saw to it that Soldier Boy was put back on the ice, and as I was watching I couldn’t help but wonder what they were setting up for? Considering the parallels between Soldier Boy and the Captain America characters of the MCU, I wonder if they could be setting up for a potential Winter Soldier situation.

We’ve seen over and over that Vought wants their supes alongside the military. Well, maybe that gave the military their own idea. If they could successfully brainwash a supe to do their bidding, no questions asked, I feel like they would take that opportunity. I would love to see Soldier Boy’s reemergence as a pure force of nature, eyes glazed over with a mission to accomplish that no one can stop him from achieving.

With the way the government is going right now, it wouldn’t surprise me to see them aim Soldier Boy at the Boys or the Seven. One of the final stings of the season saw Victoria Neuman (Claudia Doumit) officially announced as the VP running mate of Robert Singer (Jim Beaver). It wouldn’t be a shock to pick up The Boys season 4 with the two of them in office and running the country. I’m unsure of what Neuman’s current goals are, but at the very least I’d expect her to kill Singer and step into the role of president herself. At that point, and especially if Soldier Boy is coming after them, I’d expect to see taking down Neuman becoming the Boys and the Seven’s mutual highest priority.

I think Todd (Matthew Gorman) is the writer’s ace-in-the-hole. Something that the audience doesn’t quite expect to see coming, but something that won’t surprise us when we reach its climax. It seems like every single time we see Todd again, he’s more of an asshole than the last time we saw him. While we don’t know exactly what happened following that final confrontation with M.M., it seems like the writers are setting Todd up as the person in the series who represents Homelander’s base as a whole.

I kept asking myself “what’s the point of Todd?” and that could just be it. He’s the person closest to the main cast who expresses the views of Homelander’s followers. It would be interesting to see them push him further down that path as well. Maybe Janine leaves him after he took the daughter to the rally, or even after what Homelander did… where would that lead Todd? He’d likely fall further into his anger and frustration, possibly leading him to be radicalized to the point of the guy we saw in episode 7 of season 2 (“Butcher, Baker, Candlestick Maker”) with someone being pushed to the point of violence.

Final thoughts on The Boys season 4 (for now)

I think the next of The Boys is gearing up to be the most complex yet. While so many moving pieces can be scary, there’s nothing more satisfying than watching those pieces fall right into place. The Boys hasn’t failed me yet, so I’m expecting nothing short of greatness.

The Boys season 4 is expected to begin production later this year in Vancouver, Canada. Where do you think all of these threads might go in the future of The Boys? Let us know on social media!

Read Anthony’s full spoilery review of season 3 of The Boys.