Sylvester McCoy Speaks About His Batty Role in ‘The Munsters’ 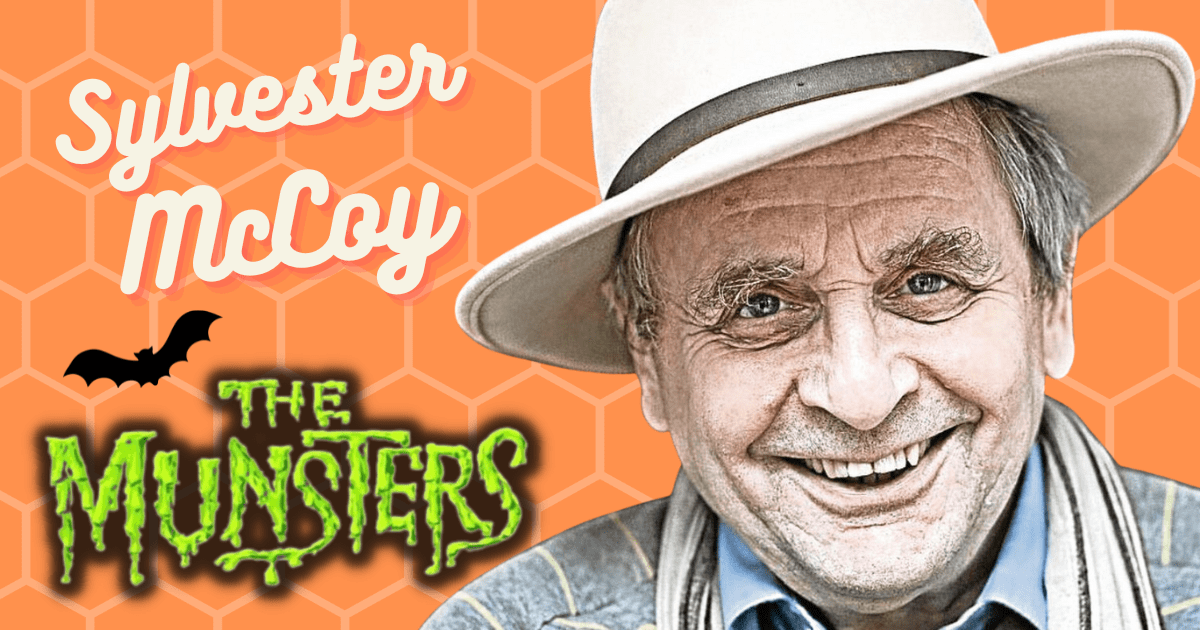 Sylvester McCoy Speaks About His Batty Role in ‘The Munsters’

This past weekend saw massive talent from around the world descending on Washington DC For AwesomeCon! Fans were able to meet and attend panels for some of their favorite actors and artists! Simu Liu, Hayley Atwell, Melissa Joan Hart, Anthony Daniels, Anthony Rapp, and Giancarlo Esposito were just some of the talent in attendance.

Doctor Who and The Hobbit star Sylvester McCoy also attended the mega convention, doing a panel Friday afternoon where he answered some of his fan’s most burning questions. One fan asked him a question about musical preference and instead got a tidbit about McCoy’s role in Rob Zombie’s upcoming film adaption of The Munsters.

Sylvester McCoy on his role in The Munsters

Many of the questions directed at Sylvester McCoy during the panel were about adventures as The Doctor on Doctor Who during the 80s. Many wanted to know his favorite episode or which messages he felt were laced into the episodes. However, just around ten minutes into the panel, a fan asked a question unrelated to McCoy’s acting credits. What follows is the amazing exchange between the audience member and McCoy.

Audience Member: I just was curious, what is your favorite kind of music?

SM: Well I must tell you because I’m in The Munsters film that hasn’t come out yet. I play Igor. Now those of you old enough, you saw it didn’t you? When you were watching it? Those of you who are old enough will remember there was a bat in it called Igor. Well, I play that bat! But I’m not a bat, I’m a butler. I’m a batty butler! I mean a completely batty butler!

And so when Rob Zombie phoned up and asked me if I’d be in his film, I didn’t know who he was. And so I phoned my son and I said, “Son! Son! Do you know this guy Rob Zombie?” and he went “Oh my God you’ve got to do it, Dad! Rob Zombie! He’s amazing! He does these shock horror films oh it’s wonderful! Blood, guts, brains blowing up! Oh, you’ll love it!” And so I thought, oh I better do it then.

So off I went to do it. I’ve looked at him on video and discovered that he was a big rock, heavy metal man. He was number one on the billboard just as I flew out to Hungary to start filming. And I thought wow I’m going to meet this wild, wild rocker… and when I got there I discovered he was a vegan!

About those Batty bits and bobs from The Munsters

The funniest bit to me is how Rob Zombie knew of Sylvester McCoy, but the same couldn’t be said in reverse. Calling McCoy specifically about being in The Munsters seems like high praise from the heavy metal rocker turned director!

Besides learning that Rob Zombie was a vegan when I was pretty sure he just fed off my fears and tears, McCoy gave up a few tidbits about his time filming The Munsters and his role as Igor. A first look at McCoy as Igor was revealed back in December via Rob Zombie’s Instagram.

As McCoy stated, fans of the original will be familiar with the name, as Igor was a bat in the comedy series. Igor lived in the basement laboratory of the Munster’s home and spoke in a screech only Grandpa could understand (played by Al Lewis). It wasn’t an exceptionally large part, but as Grandpa’s best friend he was an important part of the family.

I can’t help but wonder if Igor transitioned to the family butler as an homage to Igor, Dr. Frankenstein’s assistant. It seems entirely possible with Herman Munster being Frankenstein’s Monster. It would be a fantastic callback to an original monster movie.

The original The Munsters aired for two seasons on CBS in the sixties. It has also spawned many spin-offs and reboots, each of which had varying levels of success. Rob Zombie’s film reboot stars Jeff Daniel Phillips as Herman, Sheri Moon Zombie as Lily, and Daniel Roebuck as Grandpa. A first look at the film is expected later today.

[Edit: Moments after we posted this, the teaser trailer dropped for The Munsters. Check it out via director Rob Zombie’s Instagram below!]

Are you excited to see Sylvester McCoy as Igor in the film? Do you think they made him a butler instead of the bat in honor of Dr. Frankenstein and his monster? Were you shocked to learn Rob Zombie was a vegan? I know I was! I personally cannot wait for The Munsters! Let us know your thoughts over on Twitter!