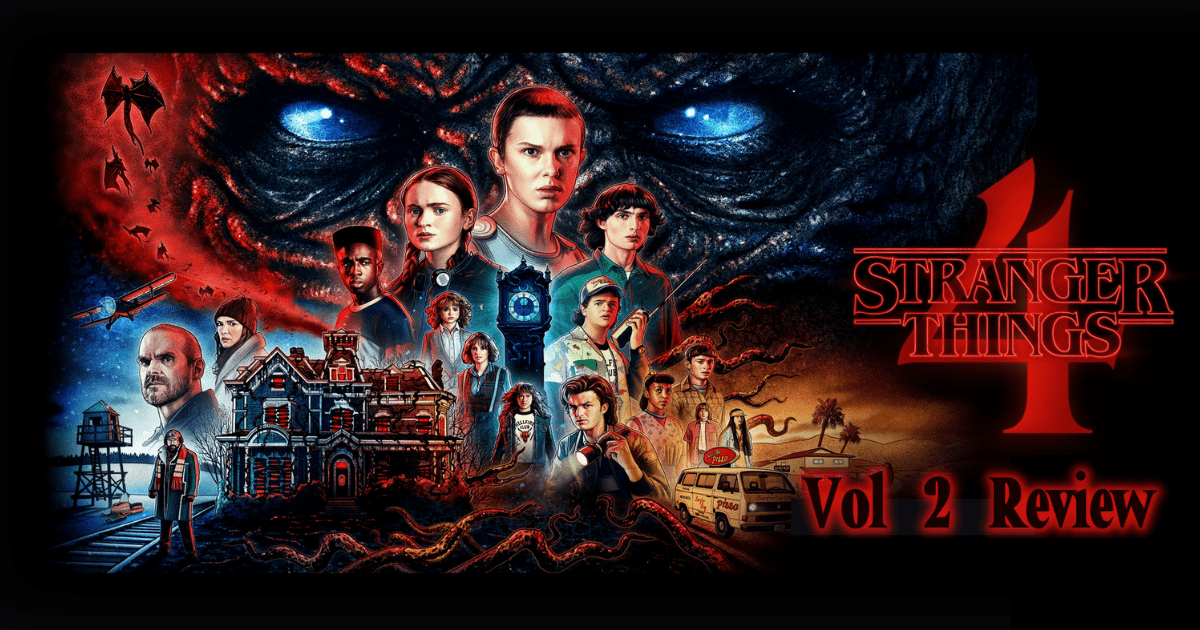 One thing that Stranger Things has mastered is the art of making fans wait. The break between seasons three and four was almost three years long, giving plenty of time for fans to speculate and anticipate the next chapter. However, for the first time in the show’s history, Netflix decided to split a season into two volumes, with the first one dropping on the streaming service just over a month ago.

Clocking in at just over four hours of content over two episodes, Stranger Things 4 Vol. 2 has finally arrived, bringing the conclusion of season four, and the beginning of Stranger Things endgame to audiences around the world. What surprises did the final two episodes bring us? Is the world finally saved? Did Will finally confess his feelings to Mike? Let’s flip right into the Upside Down and examine what this new volume brought us.

Not caught up with Vol. 2 yet? You can also read our Vol. 1 spoiler review. [Warning: Spoilers From Stranger Things 4 Vol. 2 are below!]

Separate Ways: can a divided Hawkins gang stop this evil?

No time has passed from the cliffhanger of Vol. 1 where we learn that Vecna (Jamie Campbell Bower) was created in part by El (Millie Bobby Brown) when she forced him into the Upside Down. Having restored her powers, El is working with Poppa (Matthew Modine) and Sam Owens (Paul Reiser) to strengthen them. She learns rather quickly through her vision power that her friends from Hawkins are in danger and she begins her quest to leave the facility.

Back in Hawkins, Nancy (Natalia Dyer) at the mercy of Vecna, is shown a glimpse of the future. A future that appears grim, with Hawkins torn apart by rifts that open the Upside Down into the real world. He releases her with the message of that future for El and the others.

Along with the Scooby-Doo gang, Nancy figures that three of the four rifts that will tear Hawkins apart are resulting from deaths earlier in the season. Each death corresponds to a gate that Vecna has created between the Upside Down and Earth, meaning that Max (Sadie Sink) was supposed to be the fourth and final death and gate. Using that information, the group in Hawkins decides to lay a trap, using Max as bait to hopefully get rid of Vecna once and for all.

El, with some help, attempts to leave the facility, however, the mission to do so becomes drawn out way too long for my comfort. When she finally does and is reunited with Mike (Finn Wolfhard) and Will (Noah Schnapp), the real end game for this chapter begins.

Running up that Hill: fighting a fight that seems almost impossible to win

The final episode plays out across three distinct storylines. The group in Hawkins returns to Creel Manor to face Vecna head-on, with part of the group in this dimension and the rest in the Upside Down. The goal is to Force Vecna out of hiding in our world, so that Nancy, Steve (Joe Keery), and Robin (Maya Hawke) can attack him in the Upside Down.

El on the other hand knows that her friends aren’t going to be enough to stop Vecna, ends up creating a sensory deprivation tank, and piggybacks off of Max’s mind to have one final fight with this season’s big bad. The ensuing fight is one of the best action sequences from this show, with Vecna and El throwing each other around an empty gymnasium decorated for a dance. Though this fight is not easy and El almost loses. That is until Mike confesses his love to her, giving her the strength to carry on.

The final piece of the story took place in Russia with Joyce (Wynona Rider) and Hopper (David Harbour). At first the duo, along with Murray (Brett Gelman) attempt to make it home to Hawkins, however, discover the only way to help El win the fight is to destroy the creatures in the Russian Facility. This story, while cool to see, felt out of place in the overarching narrative of the season.

Ultimately, even though the group manages to destroy Vecna’s corporal form, they lose to his master plan. With Max’s death, regardless of her resurrection, the fourth portal is opened, causing massive rifts and leakage of the Upside Down into Hawkins. We’re in the endgame now and I have absolutely no idea where Stranger Things is going to take us in the final chapter.

It’s hard to deny the cinematic feel that this second volume had. Stranger Things has always had an incredibly high quality to it, but something about these two episodes, which were more like movies, stood out from the rest. From the action to the cinematography, to the acting of our stars, there wasn’t a part that didn’t feel exceptional.

While everyone’s acting was fantastic, Sadie Sink stood out from the rest. The levels that she gives to Max are insane. The grief from the loss of Billy and her anger and sadness of wanting him dead is one of the best scenes. I think most people have been in a position where they have wished deep down for something to happen, only to feel horrible once it does. Max also had the perfect balance of bravery and toughness, with also being scared in the face of Vecna. I don’t know about anyone else, but I don’t think I could face him in any manner close to the brave way Max did.

My praise also goes to Noah Schnapp and the continued exploration of Will Byer’s sexuality. The scene between Will and Mike in the van, as Will describes Mike as the heart of the group brought tears to my eyes. The hurt that Will exhibited after helping Mike felt like a moment ripped from my high school years. During the high school years, falling in love with your best friend and still helping them in their relationship with another feels like your entire world is shattering. My heart broke for Will because I knew exactly how he felt at that moment.

The greatest disservice to Stranger Things 4 Vol. 2 was the break between these two episodes and vol one. While those behind the scenes needed more time to work on the VFX of the final two episodes, which wasn’t finished until the day before it dropped, it felt disjointed to have part two released a month later.

The gap between the two volumes gave me time to forget certain aspects, process the intensity of part one, and have a clean slate to observe volume two. Meaning, that the stakes didn’t feel nearly as high because of the gap. I found myself needing to remind myself of why I should care for Eddie (Joseph Quinn) as he died in the final episode. If they were released together, I think I would have remembered sooner why Eddie was so awesome and the impact of his sacrifice would have had a bigger emotional punch.

I wasn’t impressed with El getting stronger after Mike’s confession of love. It felt like the writing fell into the “I’m only strong if I’m loved by another” trope, which I wish that more writers would get away from. El has shown time and time again how incredibly strong she is, both before and after her relationship with Mike. This felt like a great disservice to El as a character, to have her dependent on another’s love to be strong.

While I wish that the two parts would have been released together, I’m really impressed with what season four brought to the table. The story was amazing, possibly one of the best seasons of Stranger Things barring season one.

This season also fixed many of the problems I had with the writing for the female characters, with vast improvements to the story for all. The Duffer Brothers have made something special with season four, leaving my mind to wonder what they could bring to season five.

But what do you think? Did you like vol two, or were you left disappointed? Let us know in the comments or on Twitter!