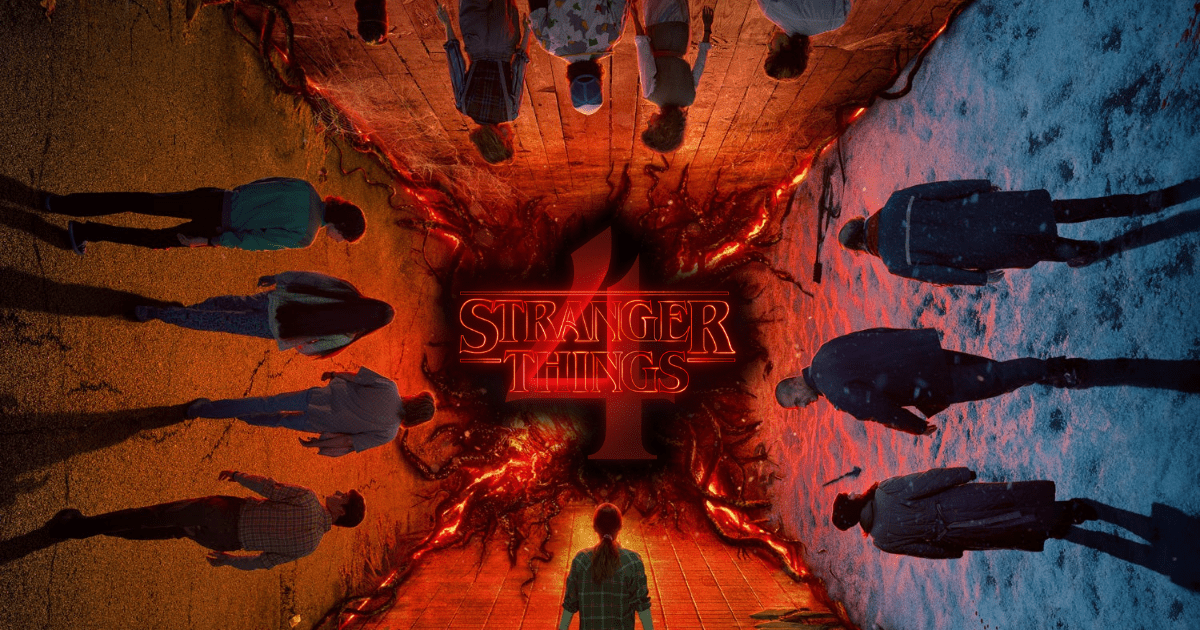 Netflix dropped volume one of Stranger Things season four this past Friday, after what felt like the longest period between seasons. It’s been almost three years since our last adventure in Hawkins Indiana, which seems bonkers for such a high-profile show!

The delay is partially due to the ongoing pandemic, with perhaps more time also needed to properly develop the story and CGI that this season needed. Because the scope is huge.

Regardless, the excitement to return to Hawkins and the friends left there was uncontrollable. So let’s grab our bikes and ride into the town, or the Upside Down as we examine Stranger Things 4, Vol. 1, and the chaos it brought to Netflix.

[Warning: Spoilers from Stranger Things 4, Vol. 1 are below!]

The Story So Far

Season 4 picks up six months after the bloodbath at Starcourt Mall. El, formerly Eleven (Millie Bobby Brown) now lives in California with the Byers family and having difficulty adjusting to life without her powers. School is difficult and the bullies are even worse, which makes what confidence El did have at one time evaporate faster than Lake Mead in a drought.

The rest of the Byers family exhibit varying levels of adjustment, but overall seem to be happier without the troubled past that Hawkins brought.

Speaking of Hawkins, life seems to be pretty much the same even though everything has changed. Dustin (Gaten Matarazzo) and Mike (Finn Wolfhard) are both still incredibly nerdy and have managed to up the anty, joining a bigger D&D group called The Hellfire Club.

Lucas (Caleb McLaughlin) on the other hand is expanding his horizons, being the best bench warmer for the basketball team. This causes some animosity among the friends earlier in the season, creating a different dynamic, especially without Will (Noah Schnapp) to help keep them balanced.

The first two episodes felt more like a slice of life piece, examining how everyone is getting on after the loss of Billy, Hopper, and the move of the Byers family. However, when Vecna shows up in Hawkins and starts stalking Max (Sadie Sink) and others who are dealing with some painful memories from their past, it’s back to their old habits.

The gang team up, with Robin (Maya Hawke), Nancy (Natalia Dyer), and Steve (Joe Kerry), to solve the mystery and stop Venca before it’s too late.

Meanwhile, in California, the story splits into a few different directions. Joyce (Winona Ryder) and Murray (Brett Gelman) take off across the world to rescue Jim Hopper (David Harbour) who is still alive in a Russian prison.

Eleven finds herself whisked off to Nevada, hoping to get her powers back in time to save Hawkins and her friends from complete carnage. Mike, along with Will and Jonathan (Charlie Heaton) set off on an adventure to locate project NINA, hoping to find Eleven in the process.

The mystery behind who Vecna is and why he is doing what he is doing led to many great scenes, many of which gave me chills.

Jamie Campbell Bower oozes a creepy presence in every single scene he is in, which seems to be the type of role he goes after. Through the flashbacks in El’s memory, you really get a sense of his vileness. It would be a shame if he’s gone at the end of this season because there seems to be so much more destruction and malice that Vecna can bring to the show.

With so many stories going on, there is a lot to follow, however, this season did a great job of laying out the stories and balancing each one perfectly with the other. With only two episodes to go, I do worry about how everything will be wrapped up nicely, but with the expert way they’ve handled the story so far, I know it’ll be excellent.

The way that many of the women in the season were written felt like a great improvement from previous seasons. During the last two seasons, it felt like the writers didn’t know what to do with Joyce, Nancy, Eleven, or Max. Many times it felt like their roles were relegated to love interest or extremely one-dimensional. This season improved these characters in many ways.

Joyce became more than just a protective mother and anxiety personified. She seems more well-rounded in her role and an active participant in her own life.

Seeing her removed from the mother role and moving into an adventurer on a mission to find Hopper was thrilling in so many ways. As always, Winonah Ryder excels in every role she does, but in this season you really get to see her shine.

Nancy also seemed much more active in her own narrative, however, lacked some of the harsh angles that she appeared to develop over the series. I’m also excited to see how her story resolves because the final moments of her story left my jaw on the floor. Natalia Dyer did an exceptional job leading the charge in Hawkins to protect the general population.

Noah Schnapp stole the entire show for me as Will Byers. This season had so many personal touches on the characters, expanding past the mysteries of Hawkins and the missing boy from season one. Now you got to see Will as a human, someone who has thoughts and feelings.

This season saw Will taking some big steps forward in his sexuality, without actually addressing them. Seeing his nervousness and excitement when Mike arrived at the airport reminded me of how I felt as a closeted gay boy in high school. I could go on and on about how this brought back nostalgic feelings for me, but that is for another article that I hope to have out for you soon.

Unfortunately not every character felt like an improvement over their previous season’s representation. Millie Bobby Brown is fantastic as Eleven, as she always is, however, the storylines that were written for her weren’t great earlier in the season.

Seeing someone who has been incredibly powerful for the entire show, slip into an overly emotional mess at the first sign of discomfort seemed off. There was definitely a way that they could have shown sadness and emotions at the loss of Hopper, El’s father figure, but it didn’t feel like the writers knew what to do.

However, by the end of volume one, I was ecstatic to see Eleven gain her powers and her confidence back. This is the Eleven I knew and remembered, someone comfortable in her own shoes.

Hopper’s storyline in the Russian Prison also felt shoehorned, so that they could keep David Harbour in the show. While the parallels between his character this season and him as Alexi in a Russian prison during Black Widow were not lost on me, the story just felt odd.

Of course, the writers needed a reason to have Joyce and Murray away from the children to further that storyline, but where volume one ended, the reasoning for the jail felt disconnected. But I do think that it’ll connect in a bigger way in the final two episodes.

This might be a small nitpick, but I felt that the memories Eleven experienced throughout the season could have connected back to season two in a major way. Where was Eleven’s “sister” experiment eight? Shouldn’t she have been present in one of the scenes?

As well, with the massacre of all the other experiments at the hands of Vecna, aka 1, how is she still alive or how did she escape? Just a small piece of the puzzle, but I hope that we have that answer one day.

Volume one has been an incredible ride. Every single episode had film-like quality. The CGI was impressive in every scene, and the acting was top-notch, improving on some already stellar performances from the entire group.

Even the small grievances I did have couldn’t pale the epic story that I witnessed on my screen, one that left me speechless or screaming at the story unfolding. I absolutely cannot wait until Volume 2 drops on Netflix, so let’s hurry along to July.

If you haven’t already I urge you to check out Stranger Things 4 Volume 1 as soon as possible, because you truly don’t want to miss this.

Stranger Things 4 Vol. 1 is currently streaming exclusively on Netflix. The two episodes of Volume 2 are expected to drop on July 1, 2022. It has been reported that Episode 8 is an hour-long and 9 is two and a half hours, giving us quite a bit more time with the Hawkins gang before we have to wait for another installment.

What did you think of Stranger Things so far this season? Let us know in the comments or on social media @mycosmiccircus!