‘Sneakerella’ Review: Bringing that Disney Charm to a New Generation 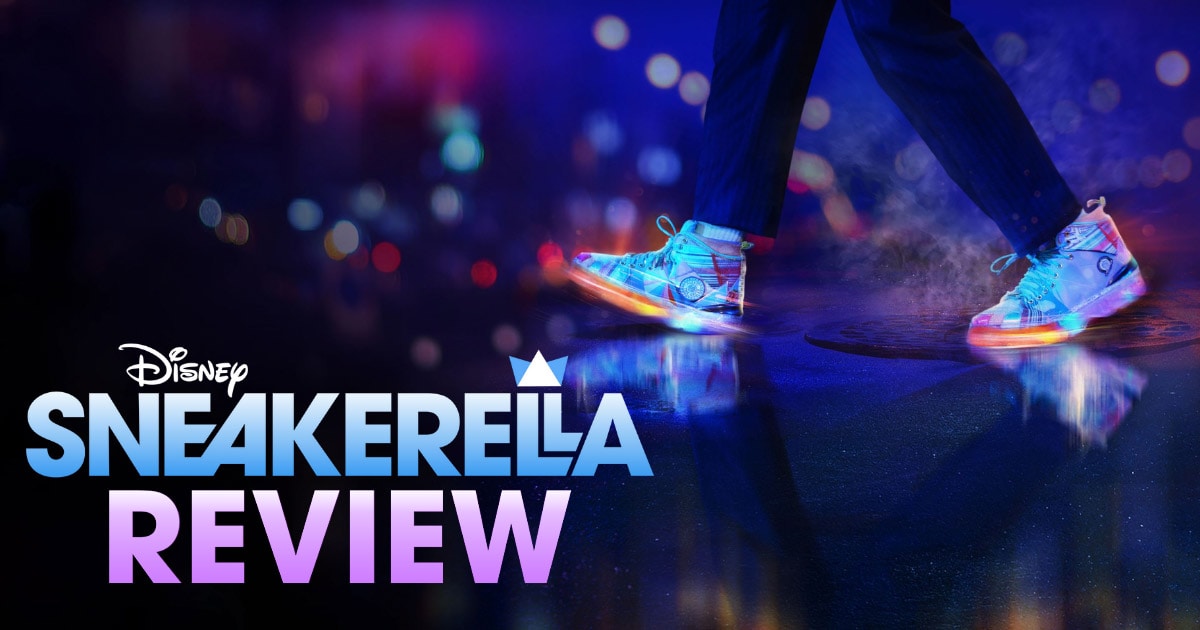 ‘Sneakerella’ Review: Bringing that Disney Charm to a New Generation

Disney isn’t a stranger to fairytales. Since their release of Snow White and the Seven Dwarves in 1937, they have consistently developed films about princesses of every kind. They also aren’t afraid of a modern retelling of their animated classics. Many of the adaptations have been close to the original, such as Maleficent and Beauty and the Beast. However, in Disney+’s newest modern retelling, Disney updated and gender-bent the always classic Cinderella for a younger generation in Sneakerella.

Did the film do justice to the original, or did it leave me dreaming of something better? Additionally, with so many adaptations of Cinderella, what set this one apart from the rest?

Near the end of this post, we’ll also hear “The Mom’s Perspective” from fellow Cosmic Circus writer Ayla Ruby.

[Warning: Spoilers from Sneakerella are below!]

What if Cinderella was a boy obsessed with shoes in modern-day New York? Seems like an interesting concept for a film and right up Disney’s alley.

The story is told from El’s (Chosen Jacobs) point of view. He’s a high schooler who aspires to design sneakers one day. Instead, he’s stuck working in his step-father’s (Bryan Terrell Clark) shoe store, aptly named Laces, which he inherited after El’s mother’s untimely passing. He’s the victim of neglect by his step-father and straight-up abuse from his step-brothers Stacy (Hayward Leach) and Zelly (Kolton Stewart).

Sounds pretty similar to a classic Cinderella story so far, right? That is, until one afternoon El, along with his best friend Sami (Devyn Nekoda) decides to skirt Trey’s (the stepfather) orders and attend a highly anticipated sneaker release in the city. These shoes had to be the plainest white kicks I have ever seen, however, El and Sami are determined to get a pair, to share.

While he may not have gotten a pair of shoes, he does meet a girl, who he whisks away in a musical number that seemed more Aladdin than Cinderella. What he doesn’t know is that the girl is none other than Kira King, played by Lexi Underwood, the daughter of Darius King (John Salley), a former Basketball star. Darius King is also, as you probably guessed, the owner of the company that makes the shoes El was after.

With the help of Sami and his Fairy Godfather, Gustavo (Juan Chioran), El works to pursue his dream in sneaker design as well as landing the princess. The story felt both comforting and refreshing. It was predictable because I was familiar with the classic Cinderella, however, the spins through the film made it interesting enough to keep me engaged.

The Prince, Princess, and supporting cast of Sneakerella

Whoever cast Jacobs as El knew what they were doing. Having seen this young actor in both entries of Stephen King’s It as Mike Hanlon, I already knew he was a fantastic actor. Factor in the dancing and singing throughout the film and he was an incredible choice for the lead.

Watching Jacobs acting in scenes of energy to those emotional flashbacks of his time with his mother was incredible to see. This film may only be in the caliber of a Disney Channel Original Movie from my childhood, but the lead was enough to make it worth viewing.

Lexi Underwood was fantastic as the female co-lead of this film. I loved that she wasn’t just delegated to the love interest of the film, but also had a complete storyline to herself.

Kira King had some less than satisfactory family dynamics as the princess of a dynasty, which appears to have given Underwood so much to work with. I haven’t seen many other projects with her in them, but I look forward to her long career.

While the rest of the supporting cast didn’t do much to stand out to me, Juan Chioran’s Gustavo was a show-stealer from the very first scene I saw him in. He doesn’t appear all too often throughout the film, but he was so charismatic and lovable as the magical being helping El achieve his dreams. When are we getting the Gustavo Disney+ series? Because I need that ASAP.

Even though I enjoyed the movie, there were some issues that stuck out. The story itself was good, however, there were some aspects of the writing that I think didn’t work. Such as Sami spreading the rumors of El being an established sneaker designer, but then El himself easily took the blame for the rumors.

It seems that the film was attempting to address taking responsibility for the wrongs we created, however accepting someone else’s wrongs as our own felt like it was sending the wrong message.

As well, this movie felt like it would have been better suited for a show or mini-series. Some of the plots felt rushed to fit the film into a time frame of around two hours. I would have appreciated more time fleshing out some of the supporting cast as well as continued exploration of El and Kira’s life.

The Mom Perspective – By Ayla Ruby

My perspective on Sneakerella is a little bit different than Brian’s. I’m evaluating this film through the lens of a parent of a young child. Sneakerella is precisely what it sets out to be – a family-friendly musical re-telling of a classic Disney story with just a touch of magic. It’s a great addition to family movie night.

There are many things that Sneakerella gets right from my perspective, and that makes it so appealing as a family film. I will talk about the music, the lack of scary elements, and the messaging.

Sneakerella’s music spans genres. The songs are fun and massively catchy, even if the lip-syncing from the movie isn’t exactly on point. I can already imagine parents (aka me) being able to take a break from the Encanto, Frozen, and Moana rotation.

This is a VERY good thing. The songs from those movies are charming and a testament to Lin-Manuel Miranda and others’ musical prowess, but there are only so many times you can listen to “We Don’t Talk About Bruno” before you want to banish yourself to Bruno’s tower. “Kicks,” as sung by Chosen Jacobs, will definitely get a fair number of plays on the family playlist. “Best Ever” by Chosen Jacobs and Lexi Underwood, with its uplifting pop beats, will undoubtedly play heavily too.

Sneakerella also excels in that it has a solid story. Brian covered the specifics above – but I want to draw your attention to one thing. There aren’t a lot of really sad or scary sequences. If your young child found the Disney classics like The Little Mermaid too frightening or ended up in tears after Encanto, Sneakerella is a breath of fresh air.

While the other films are great teaching opportunities and moments to have discussions about the world, sometimes you want to watch something that’s ultimately really happy without heavy discussions. There’s a sad sequence in Sneakerella surrounding parental loss, but it’s milder and unlikely to end in kid tears compared to other Disney movies. Parents, however, may shed a few tears.

The messaging in Sneakerella is very appealing. Not only is the actual diversity in the movie’s casting a breath of fresh air, but the actual themes of the movie are fantastic. There’s a great theme of believing in yourself and not giving up on your dreams, even when there are bumps in the road. But I want to highlight the theme of second chances that is also present in the movie.

People make mistakes, and El’s stepfather Trey (Bryan Terrell Clark) has made many mistakes in his journey with El. In classic story step-parent fashion, he’s awful to El during the story. He makes him work extra at Laces when his step-brothers don’t have to. He’s dismissive of his abilities. But eventually, he sees the light and starts to see the beauty and talent of El and his designs. He also sees how much El has been grieving since his mother’s death.

If you’re a cynic, you could argue that his seeking forgiveness from El at the end of the movie isn’t genuine. That it’s motivated by El’s potential sneaker deal with Darius King. But if you look at Trey’s arc, you can see he goes through real emotional growth. His asking for a second chance is real, and it’s powerful. El doesn’t have to forgive him or make amends, but he does. And the idea that people are worthy of second chances after making mistakes is powerful and worthwhile to teach children.

Sneakerella is an excellent choice to watch with your family.

Sneakerella wasn’t without its issues, but for someone who turned into Disney Channel once a month for their original films, Sneakerella hit the mark. It reminded me of my times watching Halloweentown or High School Musical, but for the next generation of Disney nerds to teethe on. Those with young children or pre-teens should definitely check it out. It may not be your mother’s glass slipper, but sneakers have never looked so good.

Sneakerella is now streaming on Disney+.