Many fans loved Letitia Wright’s wisecracking, genius princess since the first Black Panther film. But I didn’t expect Black Panther: Wakanda Forever to transform Shuri into one of the best characters in the entire Marvel Cinematic Universe, complete with a poignant arc that both mirrors and contrasts the development of Chadwick Boseman’s T’Challa. Shuri has endured an incredible amount of tragedy at such a young age, but the way she confronts her losses makes her one of the most complex and engaging characters I’ve ever seen on screen.

Shuri was a standout character in the first Black Panther film. She lit up the screen with her bright personality and clever inventions. Her relationship with her brother T’Challa was heartwarming and you could tell how deeply the siblings cared for each other.

Shuri in Wakanda Forever is almost the complete opposite, as anyone would be after what she’s been through. She is stricken by grief, retreating into her technology and bottling up her emotions about T’Challa’s death. She seems like a much harder person now, struggling through her guilt with only her mother to guide her.

Shuri’s darker turn took me by surprise but it’s an understandable next step for the character. Of course, she’s angry with the world because it’s been so unfair to her. Sadly, things only get worse for her after the assassination of her mother, Queen Ramonda (Angela Bassett). The loss of her mother sends Shuri to a dark, tortured place, a state of mind I never expected to find her in.

The death of the queen sends Wakanda spiraling, searching for a protector who doesn’t exist. Angela Bassett’s Ramonda was the only thing holding Wakanda together after T’Challa’s passing, a mighty force who remained strong even in the most difficult moments of her life. Her loss transforms Shuri even more than the loss of her brother because it was a direct consequence of her own actions.

Ramonda died because she committed an act of war against Talokan, but that only happened because Namor took Shuri. But as Ramonda finds out during her parley with Namor on the beach, Shuri asked to be taken to protect Riri Williams (Dominque Thorne). Ramonda’s death is therefore the consequence of her emotionally-driven decision to retrieve Shuri by any means necessary.

Ramonda’s actions were perfectly understandable. She was scared for her last surviving child and needed to get her daughter back. But her death only causes more guilt for Shuri, piling on top of Shuri’s guilt over failing to heal her brother.

The guilt over her family’s deaths is what takes Shuri’s character to unimaginable heights. The darkness brimming beneath her surface explodes once Ramonda is gone, with Shuri’s rage unleashed upon Namor (Tenoch Huerta) and Talokan. After spending so much time with T’Challa, a more rational and clear-headed leader, Shuri’s thirst for vengeance is an immediate contrast.

Shuri became one of my favorite MCU characters in Wakanda Forever’s third act because her arc dovetails perfectly with T’Challa’s. It mirrors his journey in Captain America: Civil War but contrasts with his struggle against Killmonger in Black Panther.

Shuri’s thirst for revenge perfectly parallels T’Challa’s hunt for Helmut Zemo (Daniel Brühl), although there’s one key difference. Zemo didn’t kill T’Chaka on purpose – he was collateral damage in Zemo’s own vendetta against the Avengers. T’Challa was deeply hurt by his father’s death, but in the end, it’s not as simple as killing the bad guy because Zemo also lost everyone he ever loved.

Shuri’s hunt for Namor is deeply personal. This is a man who knows what she’s been through and whom she confided in about her loss. Namor knew Shuri was grieving, he knew she didn’t want a war, and yet he flew up to the Wakandan palace and looked Ramonda in the eyes as he drowned her. Namor’s coldness and brutality create his worst enemy as his actions usher in the rebirth of the Black Panther.

I didn’t expect Ramonda to die, nor did I expect Killmonger (Michael B. Jordan) to encourage Shuri’s worst instincts. The conversation between Killmonger and Shuri in the Ancestral Plane is one of my favorite scenes in the entire MCU because it brings so much more depth to her character. Killmonger was right in the sense that previous Black Panthers had their own unique failings and he’s also correct that he forever changed Wakanda, for better or worse.

Shuri’s Black Panther being born out of rage and vengeance isn’t a turn I saw coming, but it’s one I love. I thought she would naturally become the next Black Panther, donning the suit because her brother is gone and she’s next in line. But to see Shuri give up on the synthetic Heart-Shaped Herb in the wake of T’Challa’s death and then successfully recreate it in the aftermath of Ramonda’s was a thrilling development. It’s only improved by Killmonger’s assertion that she took it to gain power, not because she believes in the spirituality of the mantle.

Shuri’s battle against Namor works so well because we feel her rage and pain as she takes him down. Although she doesn’t kill him in the end (even though he deserved it), Shuri’s mercy differs from T’Challa’s. As Killmonger said, T’Challa is noble – he saved Zemo from suicide because he wanted the man to face justice, not escape it through death. Shuri spares Namor out of empathy for his people and concern for hers. She realizes that she’s won the fight and Namor has been taken down a peg. He’s a god that’s run around unchecked for almost 500 years, but now he knows he’s not unstoppable.

At that moment, Shuri and T’Challa have never seemed more like two sides of the same coin. They’re very different Black Panthers, but both have been blinded by vengeance and ultimately see the truth. Shuri needs a little nudge from Ramonda to get there, but she ultimately doesn’t want to see herself become like Killmonger or Namor himself. Vengeance consumed Namor for four centuries, to a point where he was willing to kill everyone that stood in his way – even the entire world.

Shuri’s rejection of Namor’s and Killmonger’s hatred sets her apart from them, but it doesn’t make her T’Challa. Her mercy mirrors his mercy in Civil War exactly, down to what she says to Namor, but it comes after she gets closer to the brink than T’Challa ever did. To borrow a line from The Lord of the Rings: The Rings of Power, Shuri reaches out to touch the darkness. She may not fall into it like T’Chaka, but she doesn’t stay in the light like T’Challa.

Shuri forges her own path

The way Black Panther: Wakanda Forever shaped Shuri’s arc in astonishingly similar yet ultimately opposing ways to T’Challa’s was breathtaking. It’s a sequel that builds upon what came before in a manner I’ve never experienced. I love how different Shuri is from her relatives whether we look at T’Chaka’s failings, Killmonger’s unworthiness, or T’Challa’s nobility.

However, I think the film lets Shuri down slightly in its ending. By conceding the throne to M’Baku (Winston Duke), I feel that Shuri’s alliance with Namor loses some weight. She spared his life out of respect for his civilization and because she didn’t want Wakanda and Talokan to be at war for eternity. Yet at Warrior Falls, Shuri hands the leadership of her people off to M’Baku by not even appearing at the challenge.

I love Shuri’s focus on science over tradition. I loved the symbolism of her becoming the Black Panther on a lab table, drinking the Heart-Shaped Herb out of a hexagonal, overly-modern white bowl. I want to see how those beliefs shape Wakanda’s future, particularly because her conversation with Killmonger shook those beliefs. Shuri isn’t spiritual or a traditional leader, but after becoming the Black Panther she sees that others’ spiritual beliefs are indeed real and now understands their importance.

To give the throne to M’Baku immediately after becoming a true leader in her triumph over Namor was a disappointing outcome to me. I want to see Shuri as the queen of Wakanda with M’Baku as a trusted advisor, shaping a future guided by technology but weaving tradition in as well. I’m not ready to say M’Baku becoming king is outright bad because it could be really interesting, but I’m not loving it at the moment.

Either way, Shuri is still our Black Panther for the foreseeable future – and Wakanda Forever did a hell of a job shaping her into a fiery, complex superhero anchored by an incredible performance from Letitia Wright.

Black Panther: Wakanda Forever is currently in theaters. Have you seen it yet? What are your thoughts on Shuri’s journey in Wakanda Forever? Let us know on Twitter. And if you haven’t already, check out Alex Perez’s spoiler-free review of the film! 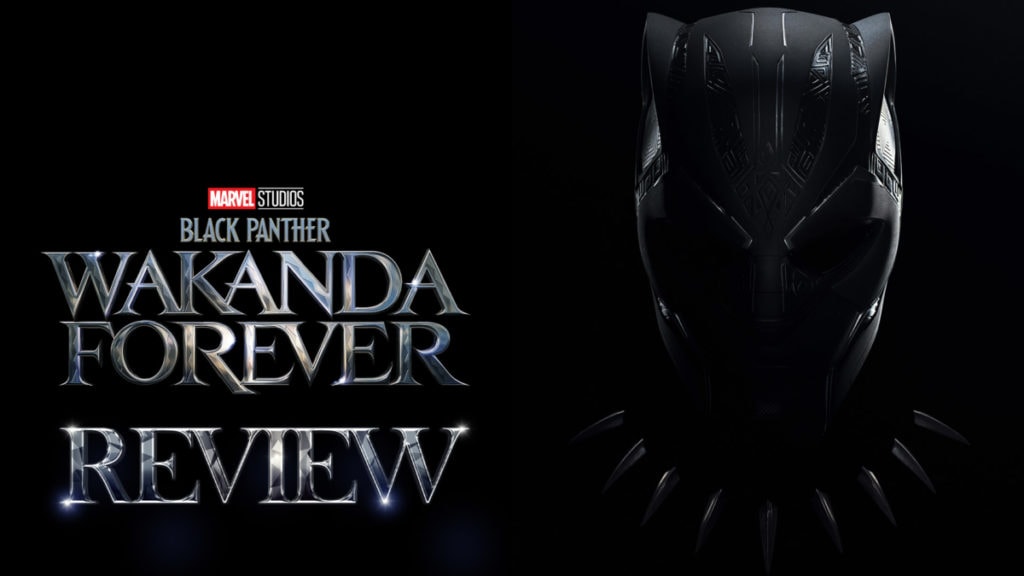